After a French art historian began to raise concerns a year ago about the painting’s authorship, Tahitians, an unfinished canvas in the collection of the Tate Britain, has been downgraded from an authorized work by the painter Paul Gauguin to a fake. The new determination was reinforced by the Wildenstein Plattner Institute’s decision to leave Tahitians out of its recent catalogue of Gauguin’s work; however, since 1917, the Tate Britain has believed that the painting was authentic. According to The Art Newspaper, the fact that Tahitians was left out of the official catalogue was discovered by Fabrice Fourmanoir, a researcher who focuses on Gauguin’s works.

“It is a stereotypical colonial Tahiti scene, whereas Gauguin was looking for more primitive compositions,” Fourmanoir said. The poses, dresses and even the European accordion held by the woman show Tahitians ‘corrupted’ by European customs.” In contrast, the Tate’s official stance is still that Tahitians is an authentic Gauguin, but they’re now going to keep the painting “under review.”

“The work was included by the Wildenstein Institute in their Gauguin catalogue raisonné in 1964 and Tate was not contacted prior to the publication of the latest edition,” a spokesperson for the Tate said in a statement. “We recognize there has been ongoing research into Gauguin’s work in recent years, so we will keep the work under review and retain an open mind about any research that might help cast familiar works in a new light.”

In 2020, research indicated that a wood sculpture called Head with Horns that had been attributed to Paul Gauguin was not, in fact, produced by the artist. The Getty Museum in Los Angeles had acquired the work from the Wildenstein gallery 2002. “While we no longer attribute this work of art to Paul Gauguin, it was clearly an important object, known to him through photographs, that played a role in his artistic practice,” the Getty said in a statement. “The sculpture is the subject of ongoing research, which will be published in 2021 and 2022.” 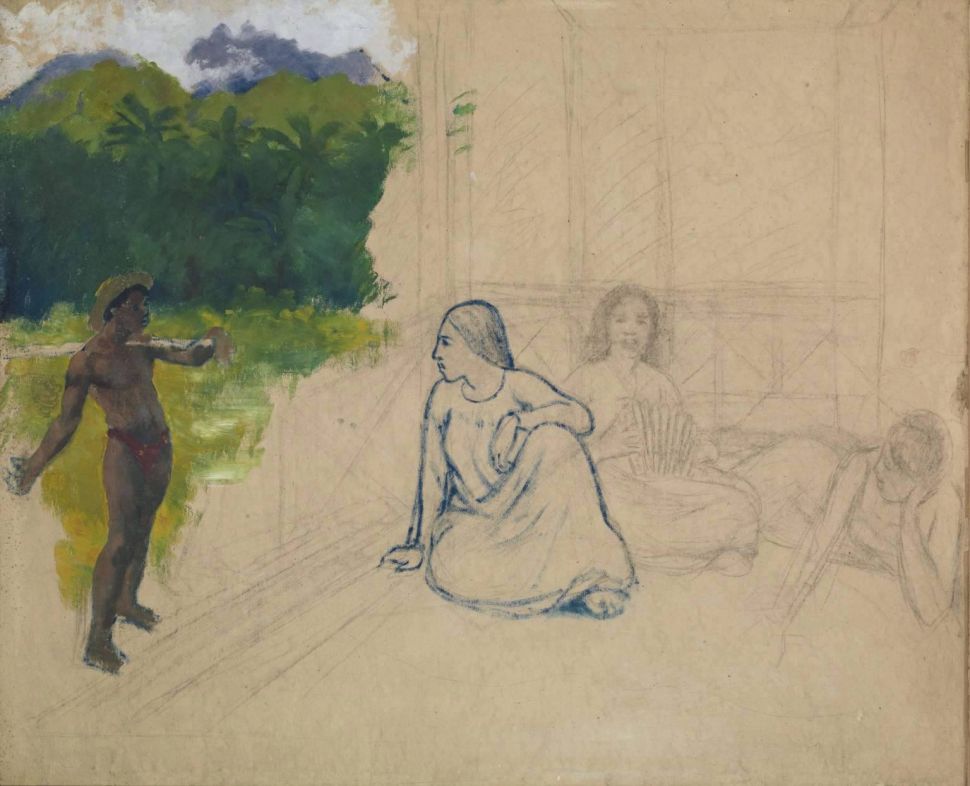