In 2020, Tesla shares skyrocketed over 740 percent, making the Elon Musk-led electric carmaker the world’s most valuable automaker by a wide margin. But it seems Tesla has failed to carry that momentum into 2021. Year to date, its stock has stayed miserably flat, while the S&P 500 index is up 18 percent and Dow Jones 15 percent.

Last week, the investment bank Jefferies upgraded Tesla stock from “neutral” to “buy” and raised the price target to $850 from the previous $700. The upgrade came not long after Tesla reported estimate-beating earnings for the second quarter, during which the company delivered 201,304 vehicles, a new record, and doubled revenue from EV sales.

Tesla shares are currently trading at around $700, valuing the company at a whopping $702 billion. Considering its wild rally in 2020, many believe its current price point has too much future expectation, rather than actual performance, factored in. But one investor says the EV stock should be worth 30 percent more given its growth potential.

In a podcast interview with Barron’s last week, the seasoned Wall Street fund manager Gary Black said Tesla could reach $1,100 by 2025, assuming that Tesla will own a quarter of the global EV market by then.

“Tesla is continuing to introduce new models, going into new markets,” he explained. “By 2025, if you figure global [car sales] of 80 million units, EV adoption about 25 percent, and Tesla has a 25 percent share. That’s about five million units [for Tesla]. For perspective, Tesla will deliver about 860,000 units in [2021]. That’s about 55 percent growth between now and 2025. That is huge growth.”

Black continued, “When I add it all up, I get about $32 of [per-share] earnings for 2025. The question is what multiple [price-to-earnings ratio, or P/E ratio] to pay for that.”

Black figures he’s willing to pay a P/E ratio of 50, assuming that Tesla keeps an annual growth rate of 20 percent. That works out a PEG ratio (price-to-earnings ratio divided by growth) of 2.5, which is below the the S&P 500’s 2.9.

Black was a former analyst for Bernstein and the CEO of Aegon Asset Management. He’s now the chief investment officer of The Future Fund, an ETF set to debut later in August. 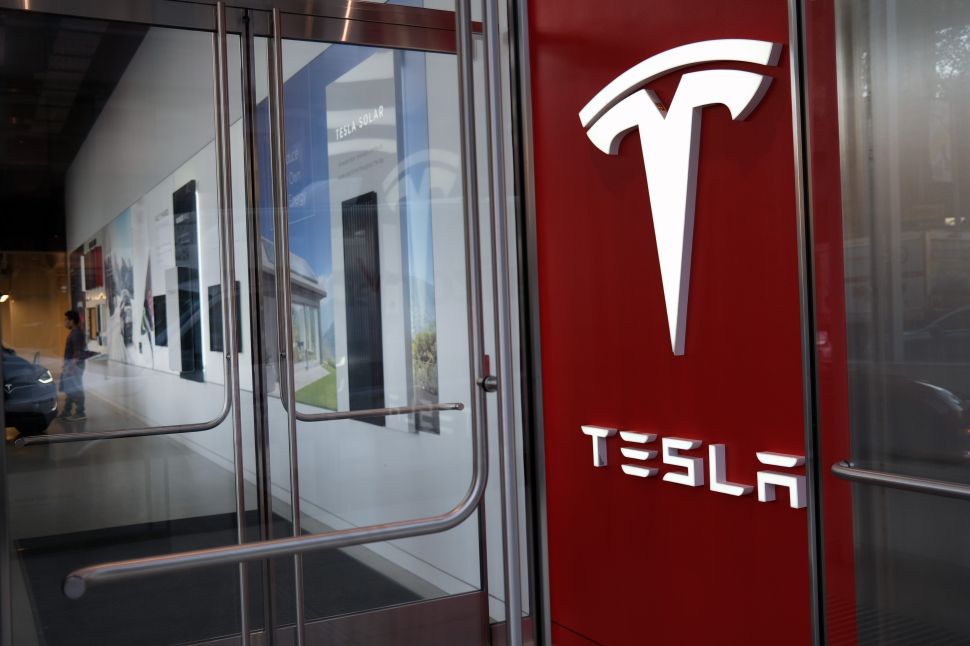