It’s been 30 years since the release of The Silence of the Lambs (1991) and chills still linger in the psychological thriller’s wake. Eerie lines which invoke images of Hannibal Lecter quaffing red wine while devouring human organs, Buffalo Bill’s iconic dressing room scene, with a notable rib tattoo which has become a cult image, and the suspense of the unforgettable capture sequence where Jodie Foster heads unknowingly into the belly of the beast.

Agent Clarice Starling (Jodie Foster), the sparky young ingenue of the FBI, takes center stage in the film, but rather than working with a fellow detective, the young cadet gains insight from the incarcerated Hannibal Lecter (Anthony Hopkins). As is typical of the crime thriller, we see the film mostly through the eyes of the detective. But unlike many crime films that preceded it, Thomas Harris, author of the Hannibal the Cannibal series, was one of the first to focus his attention on the killer, which carries over into the film. Rather than the capturer, The Silence of the Lambs fixes its gaze on the psychological trauma that influenced the murderer’s behavior. The film succeeds in offering multiple perspectives; from Lecter we gain insights into the psyche of the killer and through Starling we gain perspectives of the corrupt and sexist institution she inhabits.

When we are allowed to see the narrative unfurl only from the perspective of the police, they are presumed morally right, and the criminal becomes the abhorrent evil. This rigid stance taken by many cop procedurals can be classed as “copaganda” as they promote the agenda of the current justice system, choosing to shine a favorable light on the force, while ignoring the many factors that create criminality, such as poverty and welfare cuts. As a result, the depiction becomes moralistically reductive. Looking at the psyche of the killer makes them more personable, thereby offering an alternative agenda to the message of most cop procedurals: “Some people are just born evil.”  Many crime thrillers want to paint serial killers almost as if they are a different species, removing society’s responsibility for the criminal entirely.

You cannot help but watch as the monster relaxes, flexing his ability to hide in plain sight.

Although Silence of the Lambs was one of the first films to give us the unlikely detective pairing of murderer and FBI agent, this has now become a trope in itself. The Showtime series Dexter, which premiered in 2006, even placed the two characters in one vessel. Anti-hero protagonist Dexter Morgan (Michael C. Hall) is both a blood spatter analyst for the fictitious Miami-Metro Police Department and a psychopathic killer. The twist is that he uses his detective skills to catch and kill murderers before the FBI does.

The long arm of the law needs society to see killers as perfect killing machines, almost mechanical with no human traits to speak of, and characters like Hannibal Lecter support this message. When we see killers as other, almost reptilian creatures, who are able to nimbly evade the police due to their cold and calculating inhuman cunning, we excuse the police institution that fails at many turns to protect its citizens. In that way, this perception leads to a degree of absolution.

Shows like Dexter and another thriller series, You, take the pretentious murderer as exemplified by Hannibal and turn it into a one-dimensional shell of supposedly good taste and a man intolerable of poor manners. Dexter’s modus operandi is only to murder other murderers, never innocent people. In doing so, the show’s creators are offering its audience a moral justification for their enjoyment of Dexter Morgan’s clean and orderly killing rooms.

The victims of You‘s Brooklynite hipster killer Joe Goldberg (Penn Badgley) are only deplorable in the same sense that we all are, presenting perfectly curated versions of ourselves on social media, whilst living our true hypocritical lives. This depiction of the serial killer with high taste entirely fails to pick the gauntlet laid down by Anthony Hopkins’ rendition of Hannibal Lecter. Joe Goldberg is delusional, ignoring his own failings, while Hannibal is not only conscious of his own shadows, he delights in them. He doesn’t feign some higher moral reason for his killings but claims them as his own. The most powerful allure of killers in the eyes of audience’s is not Goldberg’s pomposity, it is Hannibal’s harmony with his own darkness.

Bret Easton Ellis’ American Psycho also reaches its landmark 30th anniversary this year. The book garnered so much moral outrage over its excessive violence, when the outrage should have been directed at the extremes of capitalist greed portrayed through Wall Street stockbroker Patrick Bateman and his cronies. Still as relevant to this day as in a world where we are only free to consume or produce a Bateman or Lecter is alluring in the dark freedom they convey.

The murderous tendencies of these characters are not what draw an audience. None of us condone murder or desire to be Hannibal’s next dinner guest. What fascinates is an extreme projection of white male privilege that Lecter and Bateman have. The allure and terror comes from the serial killer’s outsider and insider status. They have the privilege to pass undetected in circles and yet are the wolf in sheep’s clothing. In Silence of the Lamb’s final scene Lecter strolls off disappearing into the crowd, his freedom is both fear inducing and enticing. You cannot help but watch as the monster relaxes, flexing his ability to hide in plain sight.

Throughout  the film we watch a relationship blossom between Starling and Lecter. He is intrigued by her steadfast morality, not viewing Hannibal as a predator to be gawked at; she has no interest in discussing his violent legacy. Clarice holds a begrudging respect for him due to his awareness of the misogyny that affects her everyday life. Hannibal is one of the few men in Starling’s life to fully respect her intelligence, treating her as a whole person rather than a sexual object. He consistently remarks on the way the male officers must treat her in the field, and kills fellow cellmate Miggs, after he flings his semen at Starling. An act she does not condone, but ignores as one might ignore the cat parading an innocent bird through the house.

The Silence of the Lambs’ commentary on sexism in the police force has left a lasting mark on the genre. Hannibal makes consistent assumptions of Starling’s outsider status on the force due to her gender and her refusal to comment confirms them. She is not always silent, and is capable of coming to her own defense, notably in a small exchange between Starling and Agent Crawford (Scott Glenn). She calmly confronts her superior for a sexist comment and his claim that it was just smoke for the local cops. Starling puts him in his place: “Cops look at you to see how to act. It matters.” She pinpoints the constant reinforcement of institutionalized sexism experienced in the force.

Agent Starling has been read as a queer coded character in the years since the film’s release. However, the only men she encounters during the film are serial killers, who are prone to slinging sexist comments her way. So a disinterest in the men in the film seems logical and shouldn’t be the deciding factor in a queer labelling. Starling is consistently charming; through years of harassment, she has clearly learnt how to rebuff men without incurring their wrath. Perhaps this is a sign of the times that a queer woman was not actively depicted in a crime thriller, as we are only privy to a bisexual woman detective today.

Gillian Anderson’s Stella Gibson, leading detective of BBC TV drama The Fall (2013), is what young Agent Starling might grow up to be. A fully fledged bisexual woman, in charge of her own case and confident about her sexuality. Much like Starling, Stella experiences the sexism of the police force and beyond shining a light on gendered violence, demonstrating harassment, microaggressions and assault in everyday scenarios alongside the extremes of the killer’s crimes. In this respect The Fall and Silence of the Lambs have a clear message on gendered violence: rather than seeing serial killers as an exception to be marveled, both show and film invite audiences to see the rife sexism of patriarchal society. Any violence against women exists on a sliding scale, from the mundane and everyday to the extreme.

The Silence of the Lambs invites us into the darkness. An interest in serial killers and the crime genre should not require a moral justification. Morbid curiosity is an innate trait and doesn’t require further probing. It is Hannibal’s human traits, his love of good booze, or his annoyance at rudeness that gives him relatable multitudes. Morally posturing thrillers, where evil is one way and good is another, where no personable traits are found in the criminal, are incredibly unrealistic and frankly dull. We are attracted to the tales of killers, not because they are monsters devoid of all humanity, but because we have an innate curiosity about the great depth of human darkness and depravity. We want to know what horrors we are capable of, and why. Starling is our homing signal to morality, while Lecter is the shadows. The Silence of the Lambs, like all great thrillers, leads you just out of the dark but still lost in the grey.

The Silence of the Lambs is streaming on YouTube. 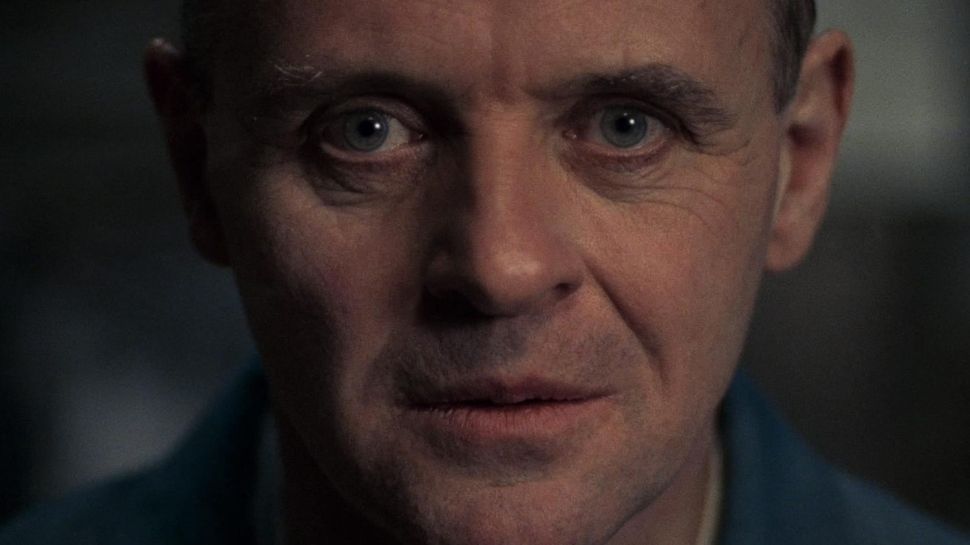