That James Gunn’s The Suicide Squad outshines its predecessor is a given, since even Warner Bros. hopes to forget its incoherent Frankenstein’s Monster (2016’s Suicide Squad, no definite article). The new film, while technically a sequel, hits refresh on the concept — incarcerated supervillains turned into a band of government operatives — and takes a more fitting aesthetic approach. Gunn is much better suited to the material than either David Ayer or the trailer house that re-cut the previous film, though while the end result is gorier, funnier and occasionally more heartfelt, it doesn’t quite coalesce into something totally fun, or totally meaningful.

The film opens with a bang, zipping through a handful of character and concept introductions that viewers are either familiar with, or that don’t need much explaining. The setup is simple: ruthless government suit Amanda Waller (Viola Davis) runs an off-the-books black ops group called Task Force X, recruited from a high-security prison, and nicknamed “The Suicide Squad” since Waller has placed tiny bombs in their necks, which she threatens to set off if they refuse to comply. The missions are incredibly dangerous, and since this is a comic book universe, the people best suited for the job are either highly effective supervillains, or highly expendable ones.

The roster, this time around, is a colorful array of lonely weirdos whose powers range from childishly simple (Flula Borg’s Javelin wields an Olympic javelin) to joyfully nonsensical (Nathan Fillion’s “TDK/The Detachable Kid” can send his disembodied arms to slap you in the face). You can place sure bets on who lives or dies, though how they die is often surprising; blood and limbs rarely stay put, and not just TDK’s. The violence is usually fun, and it feels like Gunn tapping into his B-movie roots, albeit with more polish and with some of the edges sanded down. However, compared to most modern Hollywood blockbusters, it’s basically a splatter-fest.

While a number of lively supporting players occupy the margins — including the mercenary Blackguard, played by Pete Davidson as if he’d just waltzed off the set of SNL — the film focuses on seven individuals in particular, who are sent to infiltrate a scientific facility in Corto Maltese, a fictional South American nation, after a local military coup threatens to unleash an enormous alien power. The returning regulars include DC mainstay Harley Quinn, who Margot Robbie could play in her sleep at this point, and Joel Kinnaman’s straightforward army colonel Rick Flag, who’s allowed slightly more of a personality this time, and a few shots at comedic timing. Joining them at the front of the pack is Ratcatcher 2 (Daniela Melchior), a second-generation supervillain with a psychic link to rats, who’s either a narcoleptic, or some vague, made-up stereotype of a “lazy millennial.” (It’s not quite clear, though Melchior’s presence is rather sweet.) She forms an uncanny friendship with Nanaue (Sylvester Stallone), an enormous humanoid shark with limited intelligence but dog-like loyalty, and with Bloodshot (Idris Elba), who appears to be a remixed version of Will Smith’s Deadshot from the first film. Like Deadshot, he’s an expert marksman and assassin who joins Task Force X in order to keep his daughter safe, though he’s also different in a few key ways. For one, he and his daughter don’t have the best relationship, which adds an interesting layer to his hardened exterior. For another, he’s deathly afraid of rats, so he finds Ratcatcher’s presence particularly unnerving.

The standouts, however, are David Dastmalchian’s Polka-Dot Man, who’s emblematic of the film’s approach to comic book weirdness — he’s a goofy Silver Age villain turned into a sad, psychologically damaged depressive, whose childish power set is revealed to have an agonizing origin — and John Cena’s Peacemaker, a hyper-nationalist Captain America send-up whose costume looks intentionally cheap and store-bought. It’s a role tailor-made for Cena, tapping into the cartoonishly square-jawed persona that makes him the perfect mascot for the WWE. Peacemaker, Flag and Bloodshot make a pretty enjoyable trio, though what works best about Cena’s character is that he ultimately ties together the film’s (admittedly flimsy) threads about America’s political involvement with Corto Maltese, and he introduces at least some semblance of ethical dilemma for the other characters, even if it feels last-minute.

Just as colorful as the characters is the film’s visual palette, which is almost sickly oversaturated at times, though that’s hardly a complaint for a film like this. Everything pops, and apart from a couple of nighttime scenes (which can be hard to see), every space has a distinct texture. Where the visual approach truly stands out, however, is during a couple of Harley-centric action scenes where Gunn decides to lean towards dreamlike expressionism. On paper, this may not seem like it belongs in a grimy, bloody shoot-em-up, but in a film where body parts are frequently launched at the camera, bright, animated collages are hardly out of the way, and they pair nicely with the film’s comic book-like chapter titles, which seem to materialize in-world. Apart from a few kinetic camera moves to capture Bloodshoot’s skills, Harley is perhaps the only character  approached with any real visual flair. Her handful of scenes are arguably more cathartic than her prior film appearances — with regards to her past abusive relationships(s) — thanks in no small part to the explosions of color that seem to radiate from her very being.

Each main character gets a few quiet moments to explain their respective tragic backstories, but apart from Harley, only Stallone’s Nanaue is done any sort of justice — in part because he can’t speak in full sentences, so the film has no choice but to visually convey his isolation and longing using whatever space the group happens to be in. Scenes in which other characters talk about their pasts aren’t exactly ineffective, but the film’s biggest problem is that the majority of these beats are tangential to the plot, and vice-versa. Rather than weaving its character moments into the story, the film generally hits the pause button in order to let these scenes play out, and they rarely factor into the film once it returns to the mission. The emotional moments feel like afterthoughts, and so the plot’s many zigzags and changing objectives feel less like an extension of character, and more like happenstance.

However, what prevents things from falling apart is that many individual moments are quite funny and impactful, even if each one feels disconnected from the next. The film’s jokes, violence and emotional beats still work, because they’re often one and the same. Gunn forces bits of cognitive dissonance into his action by combining sweet, sympathetic moments with gags and visceral thrills; he makes you care about a character in the same moment that he brutalizes them in hilarious fashion. Granted, the result can sometimes feel like track being laid directly in front of a train — the same quick-fire approach is applied to moments of victory and self-actualization, with emotional baggage being set up mere seconds before it’s paid off — but this at least prevents the action from feeling limp.

Ultimately, The Suicide Squad suffers from some of the same problems as its predecessor — its characters rarely feel like an involved part of the story, and little time is spent portraying their apparent growth as friends — but it’s far less haphazard and disjointed, and far more picturesque. Gunn has a genuine love for these characters, even when he does horrible things to them, and while the film feels like it could’ve been both sillier and more engaging, it has enough by way of momentum and laughs to still feel worthwhile.

The Suicide Squad is now in theaters and on HBO Max. 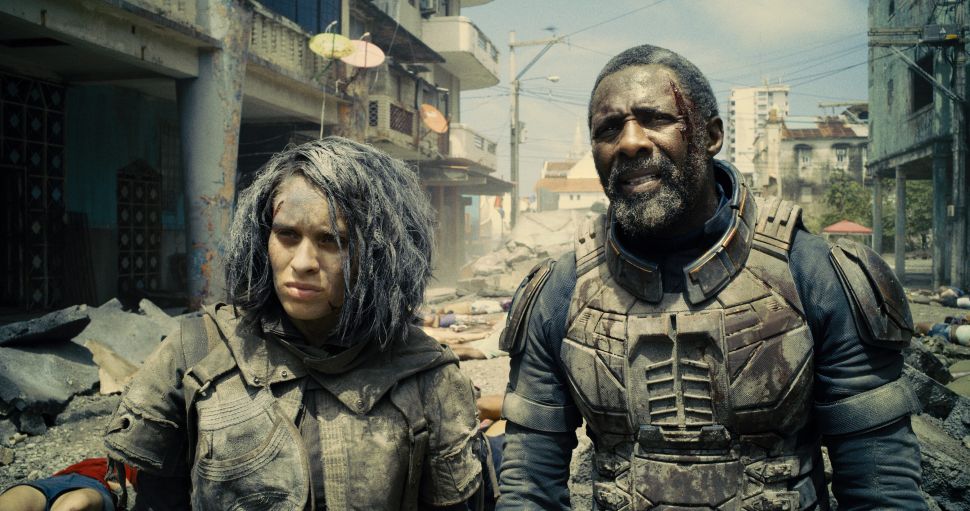