It didn’t take The Weeknd long to find his dream home. The musician, who sold his Hidden Hills home to none other than Madonna back in April, has now paid a staggering $70 million for a palatial Bel Air mansion.

The Weeknd (whose real name is Abel Tesfaye) scooped up his new 1.6-acre estate from Dutch media mogul Reinout Oerlemans and his wife, Danielle, in an off-market deal, reports the Wall Street Journal. The Oerlemans told the outlet that they weren’t looking to sell the home until Beverly Hills Estates agents Rayni and Branden Williams contacted them about showing the residence to The Weeknd.

The Oerlemans, who purchased the Los Angeles home for $21.44 million in 2015, weren’t initially convinced they should part with the sprawling property, but eventually decided to sell to the Grammy-winning singer.

The couple completed a major renovation during their ownership; Danielle Oerlemans entirely redesigned the interiors, and added an additional 13,000 square feet in order to create room for a spa and other accoutrements. The Bel Air abode now spans approximately 33,000 square feet, with nine bedrooms spread out among the three floors.

A formal living room contains a fireplace encased in floor-to-ceiling marble, as well as multiple sets of French doors that lead to the backyard. The sleek kitchen is equipped with marble countertops, a large center island and copper cabinets with handles that are made out of leather belts. There’s also a formal dining room, with coffered ceilings and a fireplace.

The lower level of the house is comprised of multiple guest bedrooms, a movie theater and a full bar, as well as the very crucial wellness center, which includes an indoor swimming pool, a hammam and a spa with a sauna. There’s also 10-car garage, just in case the rather oversized motor court doesn’t have enough space for all the automobiles.

Outside, an infinity-edge pool on the main level waterfalls down to the garden and motor court below.

It’s not clear if The Weeknd has moved into his new mansion just yet, but he does still have a second home elsewhere in Los Angeles, as he still maintains an 8,215-square-foot penthouse, which he purchased for $25 million back in 2019. 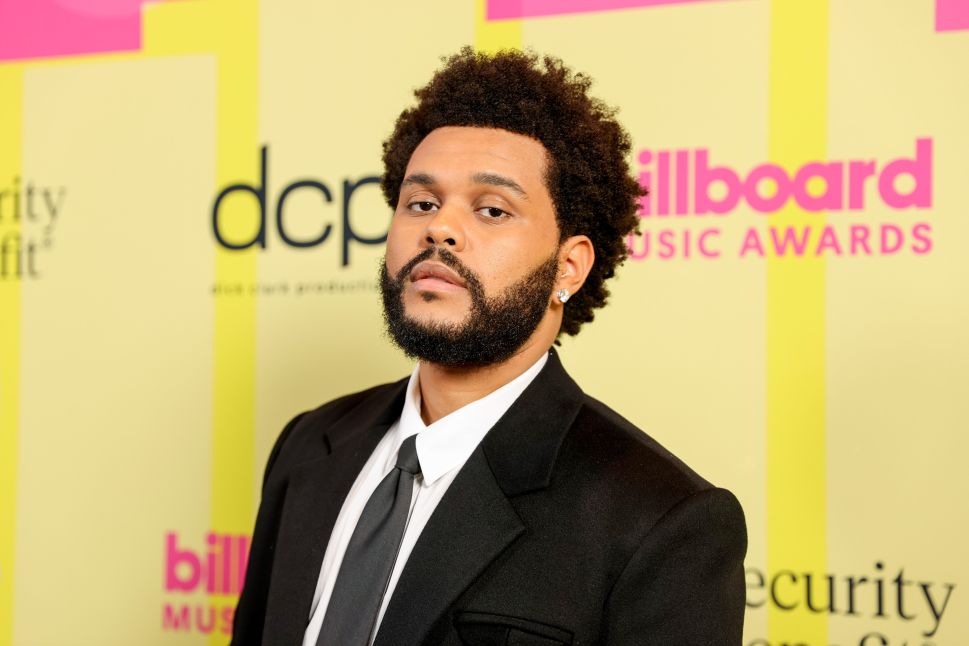