The RMS Titanic sank into the depths of the North Atlantic Ocean in 1912, but more than a century later, the events of that frigid evening are still somehow wreaking havoc upon the innocent: on Monday, the owners of a Titanic-centric museum in Tennessee announced that an iceberg wall on the premises had collapsed, injuring three visitors. Famously, of course, a run-in with an iceberg was what determined the grisly fate of the enormous passenger liner, which was thought to be impregnable and top of the line at the beginning of the 20th century. On the museum’s website, it states that visitors are welcome to “touch a real iceberg” and examine “400 personal and private artifacts” that belonged to the ship’s passengers and crew.

“Our iceberg wall collapsed and injured 3 guests who were taken to the hospital,” Mary Kellogg Joslyn and John Joslyn, the museum’s owners, wrote on Facebook. “At this time, we do not know the extent of their injuries. Needless to say, we never would have expected an incident like this to occur as the safety of our guests and crew members are always top of mind. We take pride in the quality of our maintenance and have measures in place to ensure that appropriate safety guidelines are upheld.”

Destructive accidents at museums are relatively uncommon, but reliably dramatic: everyone knows that due to human error, iconic works of art can be damaged by an ill-timed stumble or pure thoughtlessness. In terms of museum injuries, these are still more rare, but they do occur. In 2014, a Georgia woman sued the Philadelphia Museum of Art after tripping over what she claimed was a broken slate at the institution. More recently, at the Serralves Museum in Porto, Portugal, a visitor accidentally stepped into an 8 foot deep Anish Kapoor installation titled Descent Into Limbo; the visitor had assumed the artwork was simply a black circle painted on the floor. 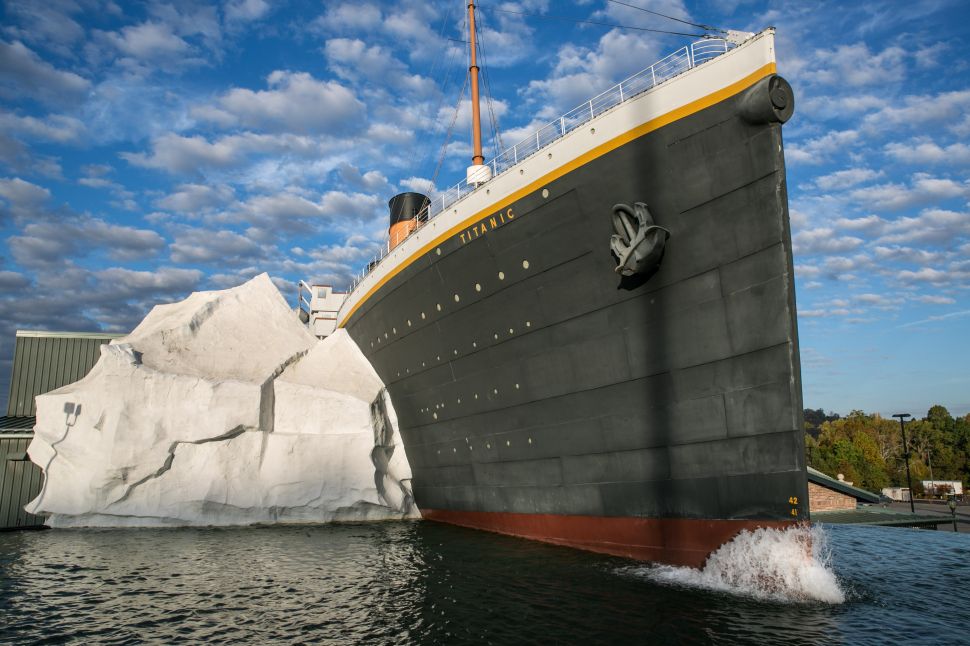