It has been a busy summer for union organizing among some of the nation’s most renowned art museums. In New York City alone there has been a spate of organizing efforts just inside of the last month. In a three week span, between July 26 and August 16, art workers at the Brooklyn Museum, Whitney Museum, and New York’s Hispanic Society Museum and Library all voted to unionize with UAW Local 2110. Additionally, on July 30, Guggenheim employees filed a petition for a union election with the National Labor Relations Board. Local 2110 already boasts dozens of unions in cultural institutions across the city, including The New Museum and the Tenement Museum, as well as a longstanding union at the Museum of Modern Art.

While several of these museums were already partially unionized through DC 37, these new 2110 unions are somewhat unique in that they are made up of many professional white-collar workers. The new Brooklyn Museum union includes conservators and curators, for instance, as well as gift shop workers. 96% of a unit of around 130 workers voted overwhelmingly in favor of a union on August 16. These workers have cited that they unionized for higher wages, better job security, greater transparency and workplace democracy, as well as increased diversity in museum staffing.

The last four years have seen an uptick in museum organizing, with more and more workers in elite cultural institutions unionizing with Local 2110. In New York, these also include independent private school, Brooklyn Friends, and the performing arts center, the Brooklyn Academy of Music (BAM). While the cultural missions of these workplaces may differ, unionizing employees are often responding to similar working conditions when they make the decision to organize. These elite nonprofits spend enormous sums on salaries for higher administrators. They have also accelerated their fundraising efforts and built out their real estate holdings. Meanwhile, the workers who maintain the day-to-day running of these institutions have very low salaries and are frequently hired seasonally or part-time. While executive level administrators rake in salaries over 500K, low level employees, even when they work full time, barely make enough to cover rent. In museums, these include workers in galleries, archives, conservation centers, and gift shops. As in universities, this necessary work has become adjunctified and devalued, while the enormous wealth of these institutions gets poured into executive salaries and outward-facing expansion schemes.

When the pandemic temporarily shut down these top-heavy, exploitative workplaces, art workers were laid off in droves. For many employees, this was the turning point that finally drove home the need to organize their workplaces. President of Local 2110, Maida Rosenstein, told Observer, “When the pandemic hit, contrary to its slowing down the organizing, I think it sped it up because layoffs and furloughs demonstrated to people that without a union, they were really quite powerless in terms of the conditions of their employment. People were in a much more precarious situation than they might have originally thought.”

The Brooklyn Museum had laid off 29 employees by July of 2020, despite taking 4.5 million dollars from the Paycheck Protection Program (PPP). The Whitney laid off 76 workers in early April of 2020, and received a 5.5 million dollar loan from the PPP. While the Brooklyn Museum and Whitney have been relatively cooperative with the new union organizing efforts, their compliance has been more the exception than the rule for many of the cultural institutions where 2110 has unionized. Rosenstein told Observer, “Museums, like a lot of large nonprofits like universities, they cloak themselves in saying that they believe in socially just things, but they still want to retain total control of the workplace and they oppose unions.” Despite their high-minded outwardly facing messaging, many of these workplaces behaved much the same as a conservative corporate employer might.

Such was the case with the New Museum in 2019, which hired the “union avoidance” firm Adams Nash Haskell & Sheridan (ANHS), as well as the infamous union busting law firm Proskauer Rose. The consultants at ANHS reclassified several employees as supervisors and forced staff to attend meetings and watch presentations of anti-union propaganda. During a full-scale anti-union campaign at BAM that same year, executives spread misinformation to employees about what belonging to a union means. BAM, which is roundly regarded as a progressive institution, had run a film series that celebrated the labor movement just before entering upon a nasty union busting campaign.

In Maine, at the Portland Museum of Art (PMA), which has also recently unionized with Local 2110, an article in The Portland Phoenix describes the museum laying off at least twelve of their lowest paid employees, their “gallery ambassadors,” as part of their strategy to shrink the size of the bargaining unit. In a typical act of faux-progressive sleight-of-hand, the museum simultaneously opened five full time gallery ambassador positions with full benefits, supposedly as part of an equity and inclusion hiring program. Such actions are typical of anti-union campaigns everywhere. Cultural institutions who weave their programming and HR agendas with the rhetoric of liberation movements are by no means immune to these stultifying and dishonest anti-worker campaigns.

However, having engaged for decades in the language of diversity and fairness, some museums, post-pandemic, are being forced to put their money where their mouth is and peaceably accept new employee unions. The Black Lives Matter protests in the summer of 2020 also helped to build bonds of solidarity between the movement for racial justice and the movement for justice in the workplace. Museum goers are more conscious now of workplace conditions. It is becoming harder for these institutions to union bust without public scrutiny. Such was the case in 2110’s very recent organizing efforts in New York City. Maida Rosenstein told Observer, “These museums felt that they couldn’t engage in those kinds of tactics because they would be seen as workplace bullies, and it would not go down well public relations-wise when these institutions were wanting everyone to rally round them in the pandemic.”

The Brooklyn Museum did not engage in anti-union tactics. According to The Brooklyn Paper, a museum spokesperson said in their statement, “Above all, we are committed to supporting our staff and have respected their right to organize. We remain committed to working with the union moving forward.” This is a far cry from anti-union tactics, like the New Museum’s, in 2019.

As with academic workers like adjunct professors, many of the culture workers organizing today are highly skilled and educated. Like adjuncts, their talents have been grossly under-compensated for decades. However, the recent increased popularity of movements for economic justice has allowed locals like 2110 to speed up their organizing in cultural institutions, especially among young professionals. Local 2110 has built an impressive list of unionized museums, allowing culture and art workers to see themselves as workers and join the labor movement. The UAW’s latest slew of victories are a positive sign for these workers nationally, and a bright note for industries that are likely to be stuck in pandemic austerity measures for years to come. 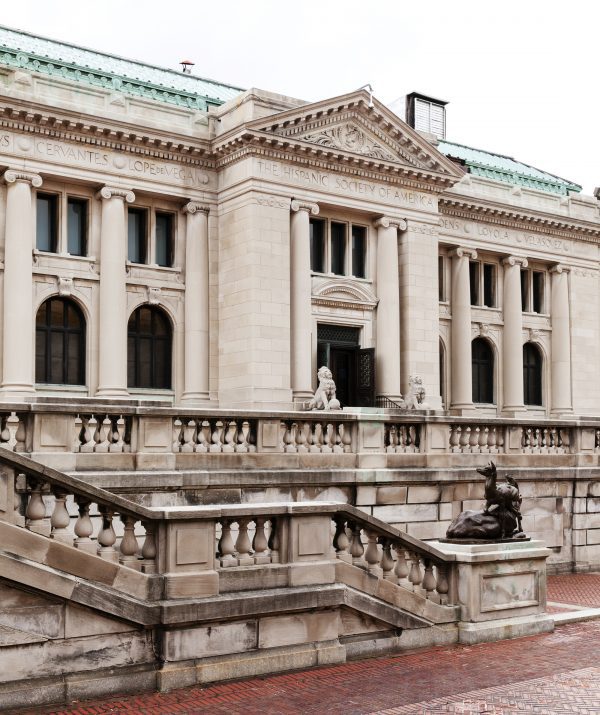