Every year, the U.S. Patent and Trademark Office (USPTO) reviews thousands of patent applications involving artificial intelligence (A.I.), the core technology behind so many consumer products and industrial inventions today. As interest in A.I. patents grew and the definition of A.I. broadened in recent years, it’s difficult to keep an accurate tab of every A.I. patent going through the system and track how the trend changes over time. To tackle that problem, the USPTO recently utilized its own A.I. capabilities to identify A.I.-related patents from as early as the 1970s in a sea of documents.

Earlier this month, the USPTO’s Office of the Chief Economist (OCE) released a pair of data files called the Artificial Intelligence Patent Dataset (AIPD), generated using a machine learning approach that analyzed patent text and citations in all U.S. patent documents recorded since 1976. One of the files identifies patents issued and pre-grant publications (PGPubs) published between 1976 and 2020 that contain one or more of eight A.I. technology components under the USPTO’s definition.

The data show a steady increase in A.I. adoption over the past four decades, with a notable inflection point happening in the years between 1999 and 2002, the implementation period of the American Inventors Protection Act (AIPA).

“In the 16 years from 2002 to 2018, annual A.I. patent applications increased by more than 100 percent, rising from 30,000 to more than 60,000 annually,” according to a USPTO report published in October 2020, which cited an earlier version of the dataset. “Over the same period, the share of all patent applications that contain A.I. grew from 9 percent to nearly 16 percent.”

Corporations that own the most A.I. patents in the U.S. include IBM, Microsoft and Google. 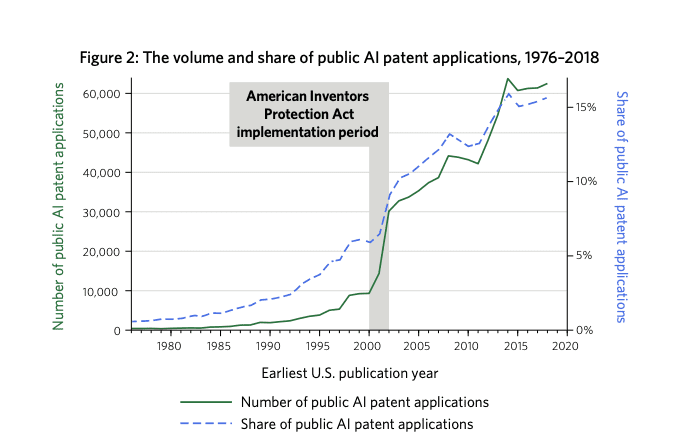 Comparing the A.I.-generated results with manual review by patent examiners with focused expertise in A.I., researchers found that the machine learning approach used “achieves state-of-the-art performance across existing alternatives in the literature,” USPTO researchers wrote in a paper published this month.

“We believe releasing this dataset will strengthen policy formulation, encourage additional empirical work, and provide researchers with a common base for building empirical knowledge on the determinants and impacts of A.I. invention.” 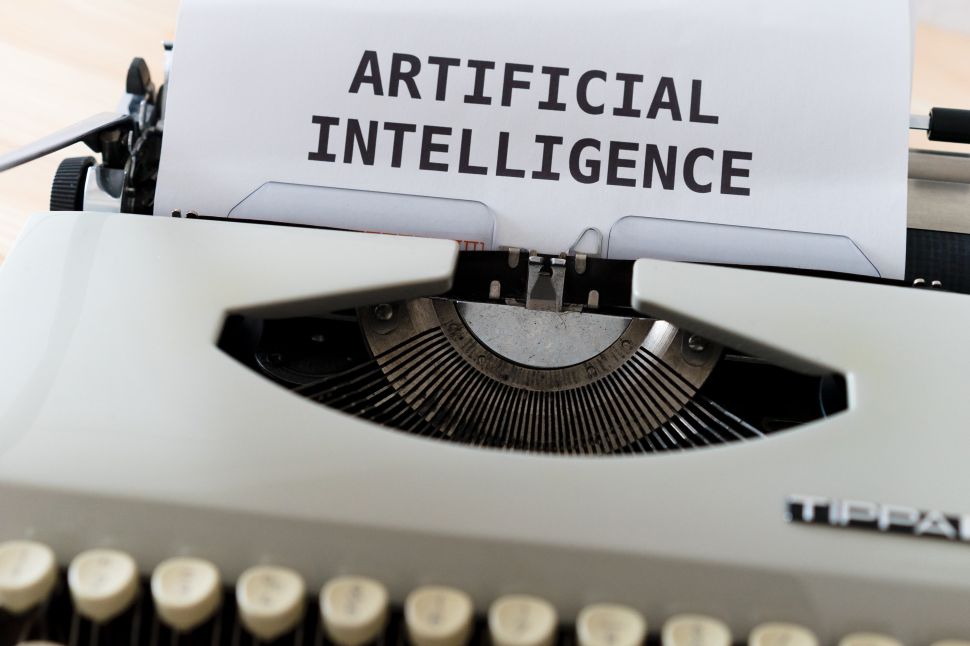