It seems like every week there is a different old franchise getting new life breathed into them. In the era of IP-driven filmmaking, we are flooded with constant reboots, sequel, and prequels based not even on recent movies, but on franchises from decades ago. While film festivals can usually feel like a completely separate world from the blockbuster-centric multiplexes, this year’s edition of the Cannes Film Festival felt oddly like a response to this particular era of harvesting nostalgia.

The opening night film, Annette delivered a rock opera from Sparks and Leos Carax, about a highly successful standup comedian named Henry McHenry seizing an opportunity to relive his days of glory by managing the singing career of his baby daughter, exploiting her skills while reaping the rewards. Carax shoots Adam Driver’s McHenry like he was on the stage in a Greek tragedy when he’s alone, with vast backgrounds and huge stage props that take an otherworldly feel to them. When he’s with others, the film takes a more cinematic and grounded aesthetic, juxtaposing the reality of the situation with McHenry’s delusions of grandeur.

But while it’d be easy to dismiss this as cynicism or an attack against Hollywood for enabling this behavior by constantly bringing back old properties or actors, the one movie that presents the best case against nostalgia isn’t a feature film or a fictional story about what people do to others to stay in the spotlight. Rather, it’s a documentary about a real actor who finds that people care more about his younger self than about him now.

One of the most surprising movies of the festival — and one now readily available to stream on Amazon Prime Video — is Val, a documentary shot by actor Val Kilmer across decades, and narrated by his son, Jack. Early on, Kilmer says being an actor is like playing an illusion, and that’s exactly what the film itself does. From the opening scene, which takes us back to the days of Top Gun and shows Kilmer and some of the other actors joking about the film, and co-star Tom Cruise, Val tricks you into expecting a fun throwback to some of your favorite ’80s and ’90s blockbusters, with fun anecdotes and trips down memory lane.

In reality, however, the film is about the way Kilmer was typecast into playing leading men in big productions when all he wanted was to follow the career path of his hero, Marlon Brando, and disappear into roles as a character actor. The longer the film goes and the more modern cult classics the documentary revisits, the more Kilmer himself stares at the camera and reflects on this not being the career and life he expected. In perhaps the most poignant scene in the film, Kilmer is at a fan event for his film Tombstone in Texas, he explains that he doesn’t like such fan events because he’s “selling basically my old self and my old career,” and says that is almost humiliating. Later, as a comic convention full of attendees asking him to repeat old lines from his old movies or dedicate autographs to characters from his own movies, the exhaustion leads to Kilmer puking into a garbage can.

Val is a film as much about the joy of being an actor as it is about disillusionment with being forced into becoming a feeder for the Hollywood nostalgia machine. Even if Kilmer does genuinely act grateful and does come around on fan events due to the love fans have for him, it doesn’t take away from the truth in his original confession that the Hollywood machine has conditioned us into prefer watching old things than experiencing the new. Today, junkets and interviews spend more time on old projects than in talking about the new ones, and Kilmer, despite several attempts at the contrary, couldn’t really move past being the guy from Top Gun and Batman Forever. As the cogs in the machine continue to move, this year’s Cannes reminds us of the dangers of getting caught up in chasing the past, especially when it is at the expense of the present. 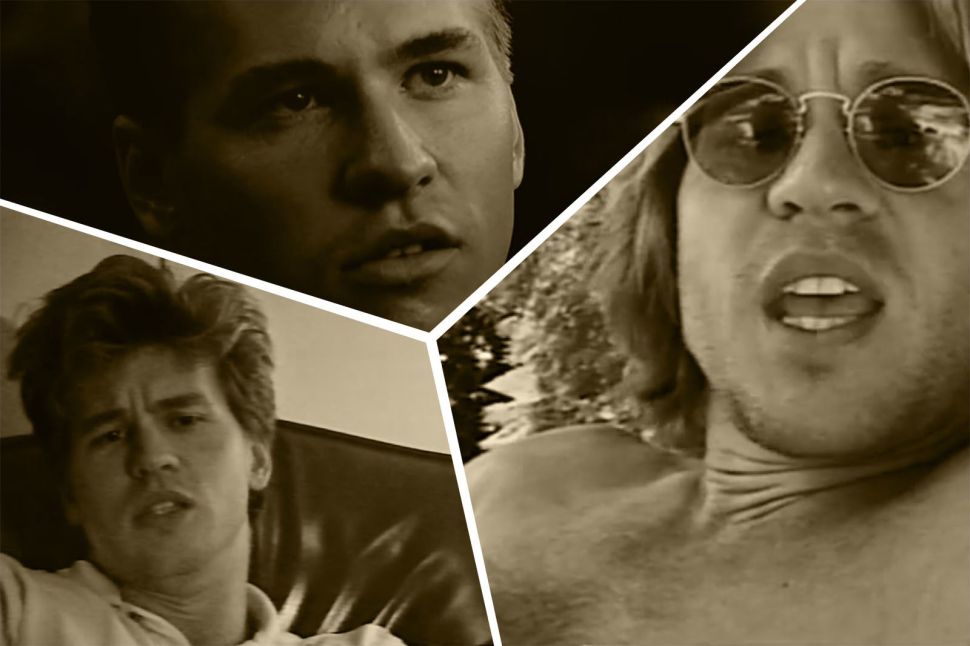