The latest trailer for Venom: Let There Be Carnage is here, and it’s delightfully chaotic, teasing fans of the first Venom with an action-packed sequel. Since the introduction of the comic character in the first film, audiences have been wondering where his journey would take him next and how his comics rival Carnage would factor into it. Reactions to the initial movie were mixed, with audiences either loving or hating the disorderly conduct of the plot and characters.

The trailer teased not only a basic plot outline, but also a violent altercation between its two title characters. Since the release of the first film, it has been unclear exactly how Eddie Brock (Tom Hardy) and the serial killer Cletus Kasady (Woody Harrelson) would collide.

The trailer suggests a parasitic origin to the bloodthirsty alien Carnage. Eddie’s interview with Kasady in prison goes awry; unbeknownst to Eddie, his alien counterpart passes on offspring that bonds to Cletus after he gulps blood from Eddie’s arm through jail cell bars, as shown in the new trailer. Now with extra strength, stamina and aggression, the Carnage/Cletus duo is able to break free from prison and cause mass destruction. As Harrelson puts it in the trailer: “All I ever wanted in this world was Carnage.”

There do seem to be breaks throughout the film from the gore, however. The trailer highlights comedic, almost slapstick-style scenes between Eddie and Venom, which add to the pandemonium that the franchise is so well known for. New director Andy Serkis hasn’t given up on Eddie’s dopier, “not-entirely-together” side. But in all fairness, who doesn’t love a relatable hero?

As the trailer unfolds, it becomes apparent that Carnage won’t be Eddie/Venom’s only obstacle in the new film. Naomie Harris’s Shriek, who can manipulate sound, will challenge the protagonist as well on his way to stopping the primary villain. (Despite the new characters, Spider-Man himself is nowhere to be seen in the new trailer, despite his prominence in Venom’s story in the comics and plans for multiverse-hopping in Spider-Man: No Way Home.)

Venom: Let There Be Carnage will hit theaters September 24, 2021. 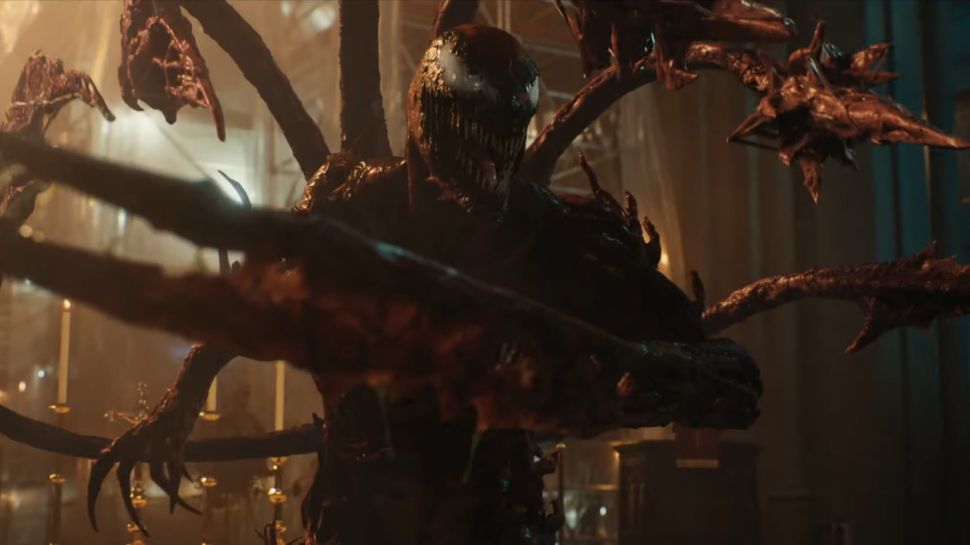