The target valuation is more than three times what Virgin Orbit was worth at the end of 2020 and twice what Virgin Galactic was valued at when it went public (also through a SPAC merger) in late 2019.

Virgin Orbit will trade on Nasdaq under the ticker “NGCA.” Shares will convert to “VORB” when the transaction is complete later this year.

Talks of the SPAC deal was first reported in June. The reverse merger is expected to raise $483 million for Virgin Orbit, including $100 million in PIPE (private investment in public equity) funding from investors such as Boeing and the private equity firm AE Industrial Partners.

Boeing also plays an important role in Virgin Orbit’s unique “air-launch” system, which carries satellites into the sky by attaching a booster underneath a modified Boeing 747 aircraft. After reaching a certain altitude, the 747 will release the booster, which will then fire up its own engine and climb up to orbit.

Virgin Orbit successfully reached orbit with this system, called LauncherOne, in a test flight in January. This approach provides more flexibility than the industry standard vertical-launch rockets, the company said.

LauncherOne is designed to send small satellites that weigh up to 500 kilograms (1,100 pounds) into space. Demand for launching satellites in this range is booming in recent years as a crop of commercial satellite makers enter the industry. These satellites usually don’t make a full payload on a regular-sized rocket, making launch opportunities scarce and expensive.

Full-size rocket makers, notably SpaceX, are eyeing the small satellite market as well with offerings such as satellite “rideshare” programs that allow outside clients to fly along on these companies’ regular missions.

Founded in 2017, Virgin Orbit is owned by Branson’s multinational conglomerate Virgin Group, with a minority stake from Abu Dhabi’s sovereign wealth fund Mubadala. Together, they have invested about $1 billion in the company. The SPAC merger represents a 300 percent return on their investments.

Virgin Orbit is expected to incur a loss of $156 million this year, according to CNBC, but aims to grow revenue rapidly in the coming years and be profitable by 2024. The company has $300 million in active contracts, with another $2.3 billion in “identified sales opportunities currently being pursued,” CEO Dan Hart told CNBC. 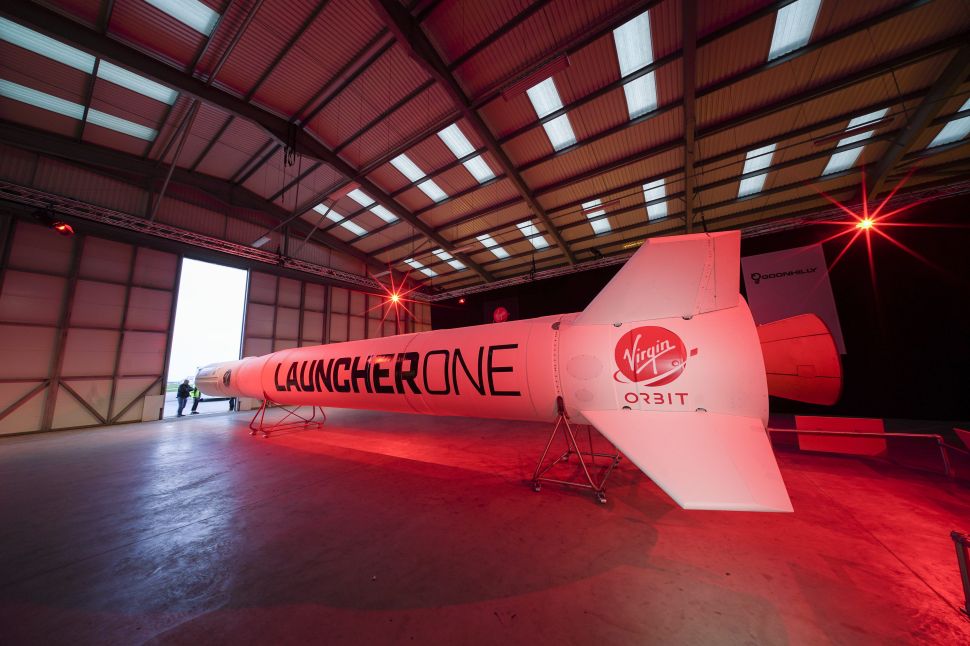