There are only a few dog days of summer remaining, meaning now is your chance to soak up all the fun-in-the-sun energy you can by streaming releases such as The Kissing Booth 3 or The Suicide Squad. Before the leaves fall and we’re forced to switch out our beach hats for beanies and scarves, you have one last opportunity to escape reality by delving deep into the eccentrically wondrous world of Shaman King, the ever-expanding and enigmatically complicated Marvel multiverse (What If…?) or the vibrant and physics-defying confections of Bake Squad. If you prefer to stay grounded in reality, then take a trip to rural Oklahoma with Reservation Dogs or Van Nuys, California, with Mr. Corman. If the world is your stage, then get ready to share the spotlight with Phil Wang: Philly Philly Wang Wang. Whatever you’re searching for, Observer Entertainment has an answer for you.

The Suicide Squad is back — well, sorta. Four years after a mixed reception from critics toward director David Ayer’s Suicide Squad, James Gunn, who rose to director stardom for his work on Marvel’s Guardians of the Galaxy, has taken the wheel for the standalone film (of a nearly identical name) The Suicide Squad. Margot Robbie is reprising her role as Harley Quinn, but her group of degenerate villains who embark on a do-or-die mission will look a bit different from 2016. The film, which will share minimal continuity with prior DC films, will nonetheless include many of the comic book series’ original characters such as Captain Boomerang and Rick Flag. Watch The Suicide Squad in theaters or on HBO Max.

Existential dread has been a common tune for many amid the COVID-19 pandemic, and Joseph Gordon-Levitt is here to push the buttons even further by creating (and directing and starring in) a series following a depressed, lonely, broken-hearted fifth-grade teacher who is clinging on to the last remnants of his dreams of music stardom. (Not to mention an overall lack of direction, destructive romantic habits, fraught familial relationships and panic attacks that include visions of a meteor barreling toward Earth.) Deliberately beginning in August 2019, the series aims to speak to the idea that perhaps even everyday, nine-to-five lives today are more challenging to get through than we realize. Although the series focuses on the life of Josh Corman, it opens up a window of self-reflection encouraging viewers to let go and give themselves more credit for being themselves, which is quite a welcome message amid times like these. Watch Mr. Corman on Apple TV+.

Set in rural Oklahoma, FX’s Reservation Dogs hones in on the story of four Indigenous teens who dream of living a better life in the so-close-but-so-far California. Created by Taika Waititi and Sterlin Harjo, the comedy aims to bring a refreshing perspective to Indigenous representation in media, something the series has already accomplished prior to its release date by using an entirely Indigenous creative team both behind-the-scenes and on-camera. And the dynamics of those in front of the camera are sure to enrapture audiences — whether it’s stealing a snack delivery truck or deliveries of weed edibles, there is no shortage of action-packed moments that adeptly weaves in humor while speaking to the sobering social, political and economic struggles that Indigenous communities continue to face. Watch Reservation Dogs on FX on Hulu.

Since its initial release in the 1990s, the supernatural adventure manga Shaman King has captured the fantastical imaginations of its readers through its mythical world filled with shamans, spirits, and protagonists whose resolve to accomplish their dreams is second to none. The series, which was turned into an anime series of the same name in 2001 and later introduced to American audiences via Cartoon Network and Fox Kids, is being rebooted by Netflix this month with the promise of offering a fresh take on a familiar tale that is sure to attract audiences both new and old. The series follows the journey of middle schooler Manta Oyamada, who crosses paths with and ends up aiding You Asakura, whose goal is to become the next Shaman King. Watch Shaman King on Netflix.

With all the seriousness permeating our everyday lives in 2021, Phil Wang’s light-hearted yet surprisingly insightful comedic style offers a much-needed reprieve. Wang, a stand-up comedian who has made a name for himself as a member of the sketch comedy ensemble Daphne and a favorite on Taskmaster, stars in his own Netflix comedy special with a performance that will address topics including “race, romance, politics, and his mixed British-Malaysian heritage.” On September 16, Wang will also be dropping his first book, titled “Sidesplitter: How To Be from Two Worlds at Once,” a comic-memoir-slash-reflectional-essay on his experiences of being mixed race. Watch Phil Wang: Philly Philly Wang Wang on Netflix.

What’s the real story? From the infamous 2004 brawl between the Indiana Pacers and Detroit Pistons to the rise and fall of female boxing trailblazer Christy Martin, Netflix’s five-part docuseries UNTOLD is determined to open all the cans of worms that make up the sports world’s most heated controversies. Using interviews, never-before-seen footage and seen-before footage that’s been branded into the public psyche but now has added context, the docuseries will allow viewers to take a deep dive beyond the sensational headlines and let those who were directly involved in these pivotal sports history moments to tell their own stories. As the trailer shows, what we see in the media is only the tip of the iceberg, and what lies underneath may just challenge our entire understanding of the championship athlete experience. Watch UNTOLD on Netflix.

The Kissing Booth franchise is back, and if there’s one thing it promises, it’s kissing — and beachtime fun, love triangles, looming college decisions and fireworks (both literal and emotional). The movie, which is one of the most highly anticipated releases of 2021, is every teenager’s “last-hurrah-before-college” dream, and it includes a healthy plethora of rom-com, coming-of-age clichés — but this is exactly the source of the film’s charm. Viewers can live the remaining days of summer 2021 vicariously through the life of Elle (Joey King) as she navigates her love life, pulls pranks with her best friend Lee (Joel Courtney) and goes sky-diving and cliff-jumping. Watch The Kissing Booth 3 on Netflix.

Say goodbye to your summer … body, because Netflix is back with yet more cooking and baking content. Hosted by Christina Tosi, whose many culinary accomplishments include serving as a judge on MasterChef, the Bake Squad series shows that even the sweetest of competitions is still, nonetheless, a competition. Four talented bakers will battle to make the cut and have their dessert be the chosen one for different pivotal occasions ranging from colorful birthday parties to whimsical weddings to heartwarming celebrations of health. Just from the trailer alone, the crafted desserts are sure to leave your mind boggled, jaw hanging and mouth drooling. Watch Bake Squad on Netflix.

As one of the most complex, beloved multiverses in the fictional realms today, every Marvel fan is sure to have wondered, “What if…?” at least once — after all, that was the entire premise of Avengers: Endgame. Marvel Studios has consistently been pushing out content in 2021, from WandaVision to Loki, raising the hopes of MCU fans all around that these strings of content might all be connected somehow, a possibility that appeared to be cryptically confirmed by Marvel. Given that Loki catalyzed the eruption of the Marvel multiverse, there are limitless paths that this new Disney+ show can take, and it’s been confirmed by head writer AC Bradley that “the events of What If…? are canon.” Watch What If…? on Disney+. 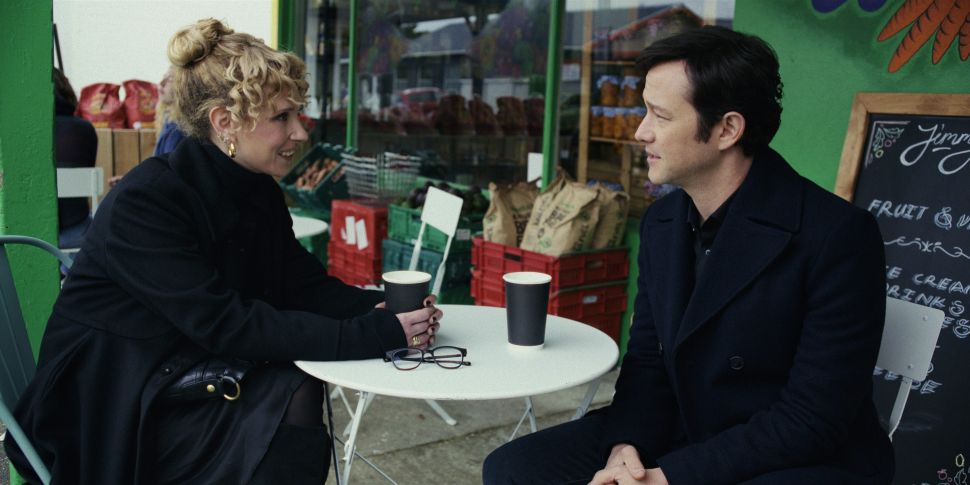