Conspiratorial mystery is the name of the game this week for Observer Entertainment’s watch list, and there are an abundance of players to choose from. If your interest lies in high-tension political thrillers, look no further than Beckett or The Kingdom. For those who want to dissect the mind of a serial killer who got away with double-digit murders, turn your attention to Memories of a Murderer: The Nilsen Tapes. If you are a skeptic who knows that when things seem too good to be true, they probably are, you’ll find yourself riveted with Nine Perfect Strangers. When you’re finished with these nail-biting, action-packed films, take a breather with feel-good dramedy CODA. Whatever you’re looking for, we have you covered.

After eight years, the Nine-Nine is going out in a blaze of glory with its final season that promises to meet and exceed fans’ high expectations, bringing all the inside jokes and iconic references to the briefing table (as the teaser trailer notes, there have been seven heists, 32 impromptu sex tape titles and 4,279 “cools”). Nonetheless, even with all the familiar tones of adventure and comedy that make up the fundamentals of the series, the show will look different than previous seasons, a choice that was influenced by the death of George Floyd and the Black Lives Matter protests against police brutality and racism. The show attempts to balance lighthearted comedy, such as Jake (Andy Samberg) and Charles’ (Joe Lo Truglio) socially distanced high-five, with more serious topics, and while there are moments of inevitable awkwardness that come with navigating such a space, it adds to the depth of the characters we’ve come to know and love throughout these years. Watch Brooklyn Nine-Nine on Hulu.

As a child of deaf adults, or CODA, Ruby Rossi (Emilia Jones) is the only hearing member of her deaf family. A teenager who is torn between her passion for music and her dedication to her family’s well-being, Ruby faces the toughest, coming-of-age challenges in her life. CODA skillfully balances the line between heartstring-tugging, emotional catharsis and clever comedy from the most unexpected places, making it no surprise that the film made splashing waves among audiences and judges alike at the Sundance Film Festival. The dramedy is also notable for its extensive use of sign language and its casting of deaf actors, including Oscar winner Marlee Matlin. Watch CODA on Apple TV+.

What do you get when a filmmaker travels to Hollywood in the early 1990s? In the case of Brand New Cherry Flavor, the answer entails a kaleidoscopic rabbit hole filled with revenge, magic, gore — and kittens. While the eight-episode series draws much of its off-kilter allure from the plethora of spine-tingling horror interlaced with frankly bizarre situations that will leave audiences unsure of whether to be frightened or amused, it’s the way in which the main characters just roll with the flow of all this disturbing drama that ties together this mystifying show. Watch Brand New Cherry Flavor on Netflix.

This conspiracy thriller reminiscent of the 1970s slow-burn political paranoia films stars its namesake, played by John David Washington, as he becomes entangled in a tragic accident in Greece. An American tourist who involuntarily finds himself the target of a governmental manhunt, Beckett is desperate to reach the American embassy and clear his name, a goal that becomes complicated amid the broader context of political unrest throughout Greece, which is portrayed in the film as a dynamically troubled nation amid political and economic friction. Watch Beckett on Netflix.

The boundaries of the state and the church are blurred and mixed with drama, mystery and murder in this Netflix series, which stars Diego Peretti as Emilio Vázquez Pena, candidate for vice president of Argentina. During the campaign closing ceremony, his running mate is assassinated. This creates an opportunity for him to rise in political power as the next president of the nation, but the situation becomes more labyrinthian due to Emilio’s commitments to his family and religion given his position as lead pastor of the Church of Light. Watch The Kingdom on Netflix.

Based on Harlan Coben’s best-selling book, Gone for Good is a French mystery and thriller miniseries that follows the gripping journey of Guillaume Lucchesi (Finnegan Oldfield), whose closest loved ones are taken away from him in one way or another — quite a tragic irony considering the show is set in none other than the city of love, Paris. Lucchesi, whose character is given introductory depth by the deaths of his first love and his brother that happened 10 years ago, finds himself plunged into a gripping, mind-twisting mystery after his now-girlfriend goes missing. Watch Gone for Good on Netflix.

Memories of a Murderer: The Nilsen Tapes (August 18)

Dennis Nilsen, or the notorious “Muswell Hill Murderer” who confessed to killing 15 men and boys in the 1970s and 80s, is the next to receive Netflix’s true-crime documentary treatment. Using investigative tactics such as never-before-published voice recordings of Nilsen himself, the documentary attempts to dive into not only how the mind of a serial killer works but how it developed to be that way. The documentary chronicles the life of Nilsen, shedding light on just how chillingly and cunningly he orchestrated the horrific murders. Watch Memories of a Murderer: The Nilsen Tapes on Netflix.

The wellness industry reveals its dark side at Tranquillum House, a therapeutic retreat located on a picturesque estate that is run by enigmatic guru Masha (Nicole Kidman). As the title of the series alludes, nine strangers enter this seemingly perfect centre in hopes of overcoming their personal challenges and dissolving their egos over the course of 10 days. However, not everything is as it seems, most of all Masha, whose witchy charisma progresses from charmingly serene to hauntingly unnerving as the story unfolds. The series illuminates just how far some individuals are willing to go to achieve wellness, and the questionable ethics that underlie such motivations. Watch Nine Perfect Strangers on Hulu. 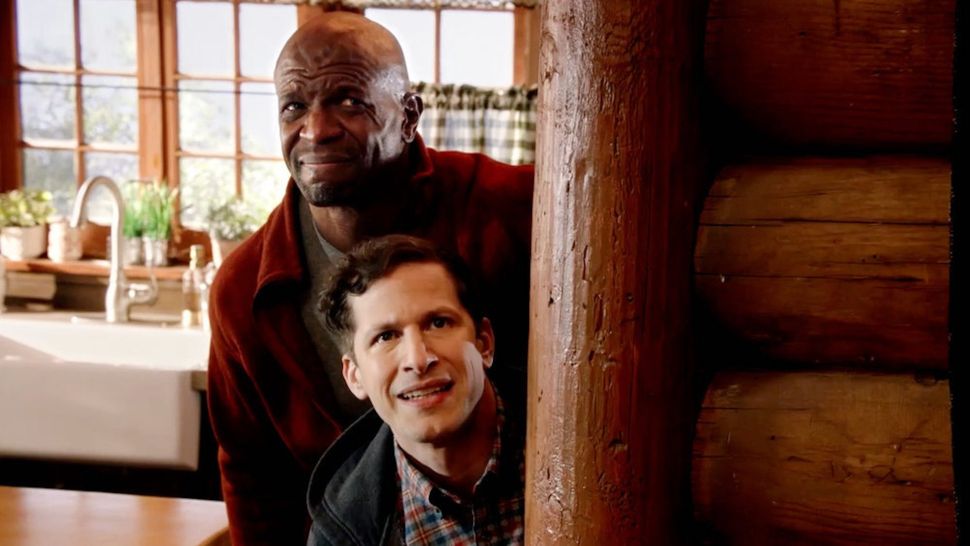