For the past few weeks, a heat wave has been hammering Europe that’s since triggered ongoing wildfires across Greece, and these fires are beginning to encroach upon the Acropolis, the citadel in Athens that’s one of the country’s most iconic sites. This week, residents in Athens have been forced to evacuate after a large number of homes were destroyed in a renewed blaze, and the fires have also come dangerously close to Olympia, the home of the ancient archaeological site where the earliest Olympic Games took place. The Acropolis is usually open during the summer from 8am to 8pm, but the heat wave has necessitated schedule changes.

According to Theodora Malamou, the editor in chief of The Art Newspaper Greece, the government has determined that people who work outside shouldn’t do so at noon during the heat wave; therefore, the Acropolis has been closed between 12pm and 5pm. “This is an issue of health,” Eleni Myrivili, Athens’ former deputy mayor, explained to BBC Radio 4. “We don’t want people exposed to the sun and heat for long periods of time.” As for Olympia, officials were forced to rapidly intervene when the fires got dangerously close. “Our forces fought an all-night battle… to keep the archaeological site and the town intact,” Citizens’ Protection Minister Mihalis Chrisohoidis said.

According to the AP, this year marks Greece’s worst heat wave since 1987, and Athens Observatory report added that approximately 14,800 acres were incinerated in the area between Sunday and Wednesday of this week. Recently, a dispute has arisen between Greek’s government and the United Nations World Heritage body UNESCO regarding whether concrete paths should continue to be installed around the Acropolis in order to make it more accessible. Given the voracity of the current, punishing heat wave, the government might also want to think about constructing stations and areas where visitors can catch some shade. 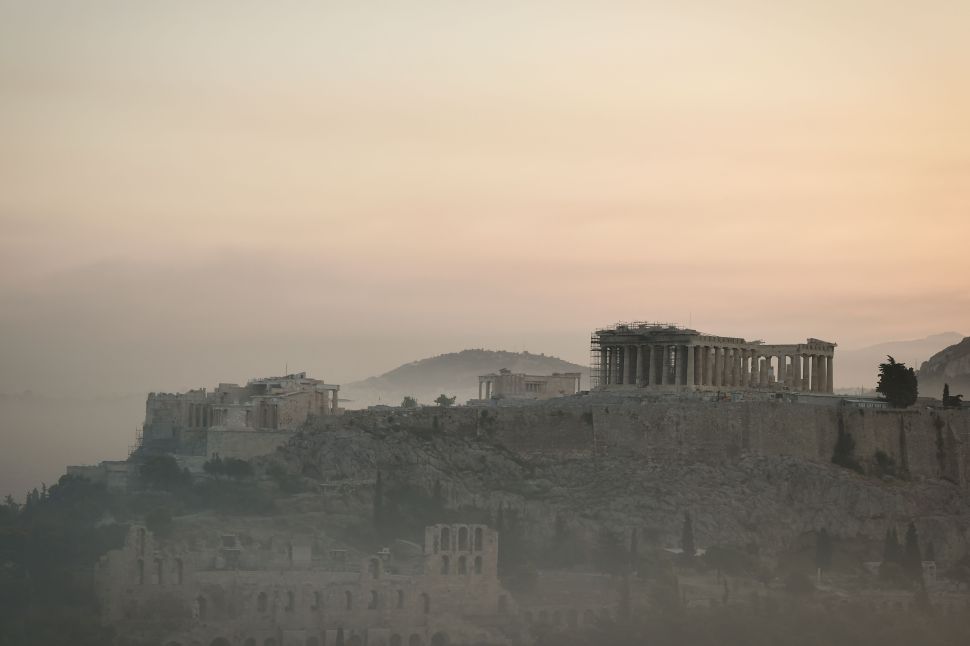