Frida Kahlo’s image has become one of the most indelible artistic visages in contemporary memory, but a ongoing conflict has arisen between Maria Cristina Romeo Pinedo a descendant of Kahlo’s and the Frida Kahlo Corporation has complicated the purity of the artist’s original vision. According to a new report from The Art Newspaper, this conflict has finally subsided after the US District Court for the Southern District of Florida dismissed a case regarding whether or not Pinedo was disrupting the Corporation’s attempts to offer officially sanctioned goods related to Kahlo.

According to the original complaint filed by the Frida Kahlo Corporation, Pinedo and her daughter were allegedly undermining the company’s efforts by setting up a website, www.fkahlo.com, upon which they were offering Frida Kahlo items for sale bearing trademarks “identical to Plaintiff’s FKC Trademarks.” Meanwhile, the Corporation itself has sold many items bearing the artist’s image, including tequila bottles.

Ultimately, Pinedo and her daughter were able to get the case dismissed by successfully contending that the case should not be fought in the United States; the two women are Mexican citizens. When she was alive and working as an artist, it’s doubtful that Kahlo herself ever could have anticipated the financial stakes that now exist where her image is concerned. After recovering from a catastrophic injury early in life, Kahlo was bedridden towards the end of her days as well.

She frequently wore clothing that embodied her personal spin on traditional Tehuana dress, and she also frequently felt overlooked in favor of her husband, the famous muralist Diego Rivera. In death, however, it’s Kahlo who’s persisted most consistently in collective visual imagination: her unforgettable eyebrows, regalia and brilliant self portraits have found their way onto t-shirts, mugs and posters around the world. 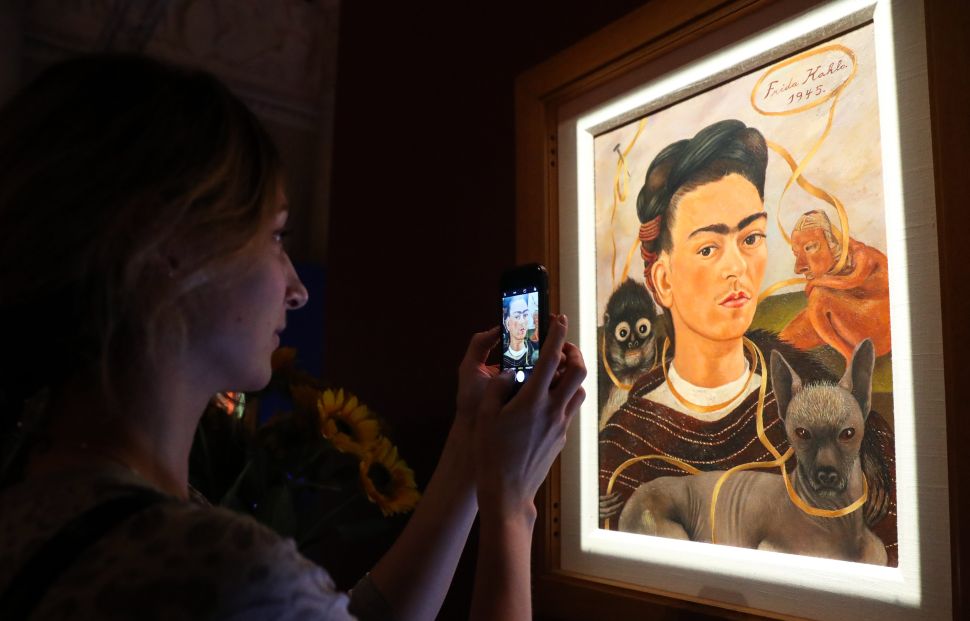