New reports indicate that the Taliban’s leaders are actively searching for a cache of “Bactrian Treasure,” a series of largely gold artifacts which were discovered at a site called Tillya Tepe in northern Afghanistan in 1978. Although the Bactrian treasure was reportedly last put on display in Afghanistan’s presidential palace in February 2021, its present location is unknown. Additionally, since the Taliban successfully usurped the existing Afghanistan government and assumed control of the country, many questions have arisen regarding the future of Afghanistan’s cultural heritage, museums and other antiquities that communicate narratives essential to the country’s national identity.

The primary object amongst the Bactrian treasure is a 5 inch tall crown made of gold leaf and which, in an ingenious flourish of design, folds in order to be transported more easily. However, the treasure also includes daggers, gold belts, Roman coins, and a medallion bearing a depiction of Buddha. The Bactrian Treasure has traveled the world over the years, but more recently the collection has been much less public facing.

In February, the Taliban released a statement saying that the group had an “obligation to robustly protect, monitor and preserve” items that were culturally relevant to Afghanistan, but the Taliban’s track record when it comes to safeguarding precious items isn’t the best. A study found that Afghanistan ultimately lost around half of its cultural heritage during the time in which it was last controlled by the Taliban.

In a particularly noteworthy incident, the Taliban destroyed two enormous, 1,500-year-old Buddha statues in Bamiyan in March of 2001. It’s not known what the group’s plans for the Bactrian treasure involve. “The situation for culture heritage is not OK, because right now no one is taking care of the sites and monuments,” archaeologist Khair Muhammad Khairzada told LiveScience. “All archaeological sites in Afghanistan are [at] risk….[there is] no monitoring, no treatment and no care, all departments in all provinces [are] closed, without money and other facilities.” 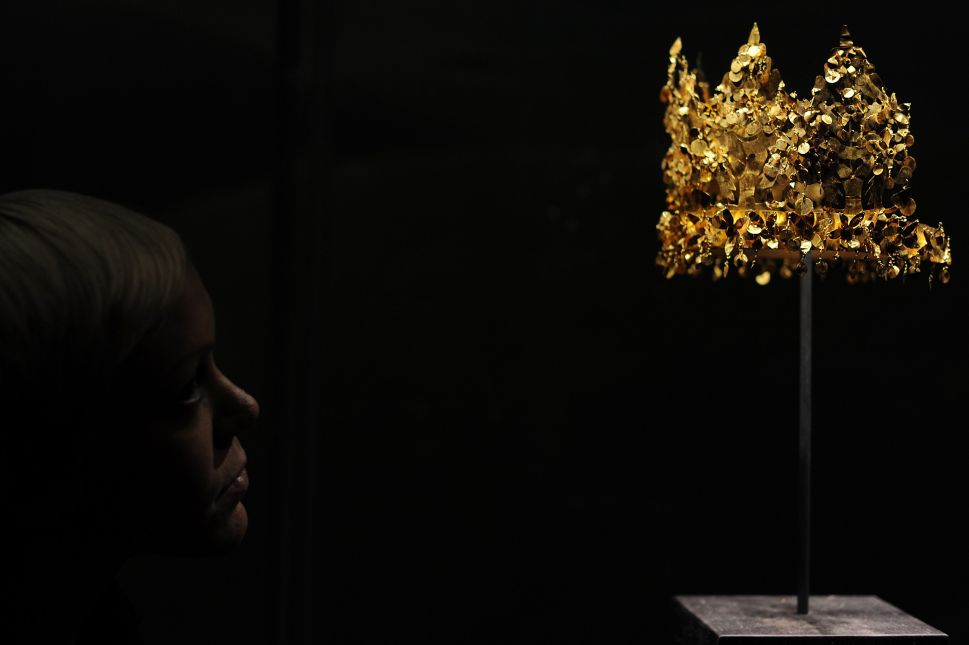