Amazon’s new CEO Andy Jassy’s first order of business is to grow the company’s white-collar workforce. The e-commerce giant plans to hire 55,000 people globally in the coming months for corporate and technology roles, Jassy said in his first press interview since taking the helm in July.

Speaking with Reuters in an interview published Wednesday, Jassy said Amazon needed more manpower to keep up with demand in retail, cloud computing and advertising, as well as supporting new projects, including Kuiper, a competing project of SpaceX’s Starlink.

About 40,000 of the planned new hires will be in the U.S., spread across Amazon’s global headquarters in Seattle and the newly opened “HQ2” in Arlington, Virginia and New York City. Amazon promised to hire 25,000 people at each of its HQ2 locations when selecting the sites in 2018. Both offices have so far fulfilled a fraction of the planned quota.

Jassy said a hot (and competitive) post-pandemic labor market makes now a good time for a hiring push. “There are so many jobs during the pandemic that have been displaced or have been altered, and there are so many people who are thinking about different and new jobs,” he told Reuters, citing a PwC survey that 65 percent of U.S. workers wanted a new gig.

“Everybody at the company has the freedom—and really, the expectation—to critically look at how it can be better and then invent ways to make it better,” Jassy added.

The hiring spree will grow Amazon’s corporate workforce by 20 percent. Amazon is already the second largest private employer in the U.S. after Walmart. Globally, it employs 275,000 corporate and tech workers, in addition to more than one million warehouse and distribution center workers. 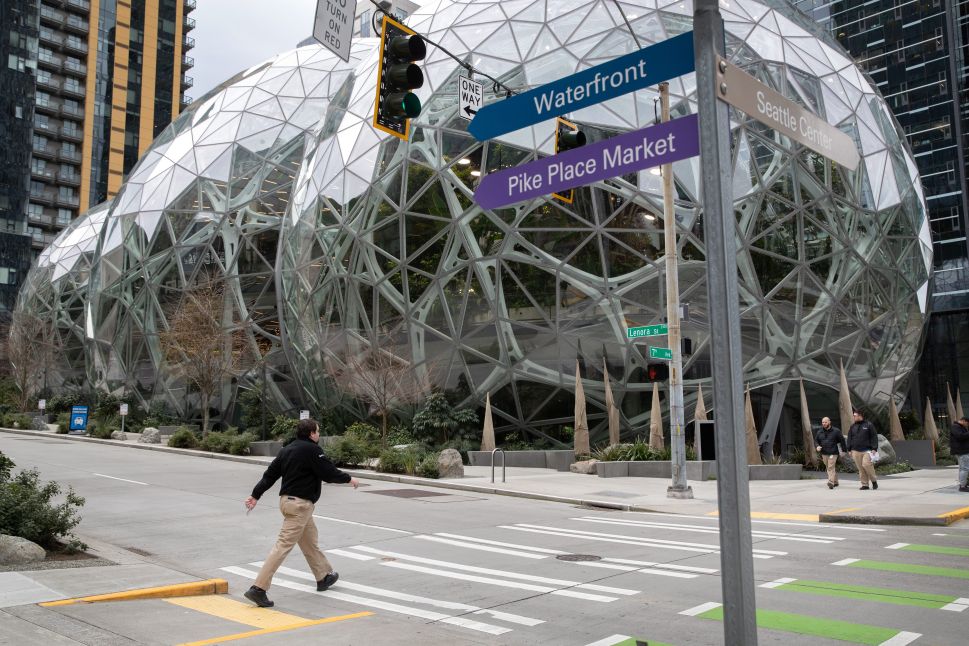