Next month, Sotheby’s Hong Kong will be leading one of their auctions with Jean-Michel Basquiat‘s 1982 painting Untitled (Red Warrior), an extremely striking entry in the artist’s canon that centers an intimidating crimson figure brandishing a sword. Basquiat is always an auction draw, but the artist’s name has come up particularly frequently in recent news cycles: the jewelry stalwart Tiffany’s recently caught flack for centering one of Basquiat’s paintings in an ad starring Beyoncé and Jay-Z, and a new exhibition of rarely-before-seen works by the artist will come to New York in 2022. Sotheby’s is estimating that Untitled (Red Warrior) will sell for between $19 million and $25 million.

The auction house has plenty of evidence to back up their confidence in the sale. This summer, Untitled (1985), another work by Basquiat, sold at Sotheby’s Hong Kong for $37.2 million, making it the eighth most expensive work by Basquiat ever to be sold at auction. The most expensive Basquiat ever to depart from the auction block is Untitled (1982), which sold for $110.5 million in 2017. Red Warrior, though, has a particular spice: unlike many of Basquiat’s other work, this canvas is relatively uncluttered by peripheral signifiers and mostly focuses squarely on its central subject.

“When we first started offering Western contemporary art in Hong Kong five years ago, our focus was the mainstay names of the 20th and 21st centuries,” Alex Branczik, Sotheby’s Chairman of Modern and Contemporary Art in Asia, said in a statement. “And while these names continue to captivate, we are now seeing a new generation of artists rub shoulders with some of the greats. From Jean-Michel Basquiat – the ultimate rule breaker of his day – and Joan Mitchell to Amoako Boafo and Clare Tabouret, our autumn series responds to the recent evolution of the market in Hong Kong where keen demand for established artists is matched by an equally strong demand for younger artists who are taking the Asian stage by storm.” 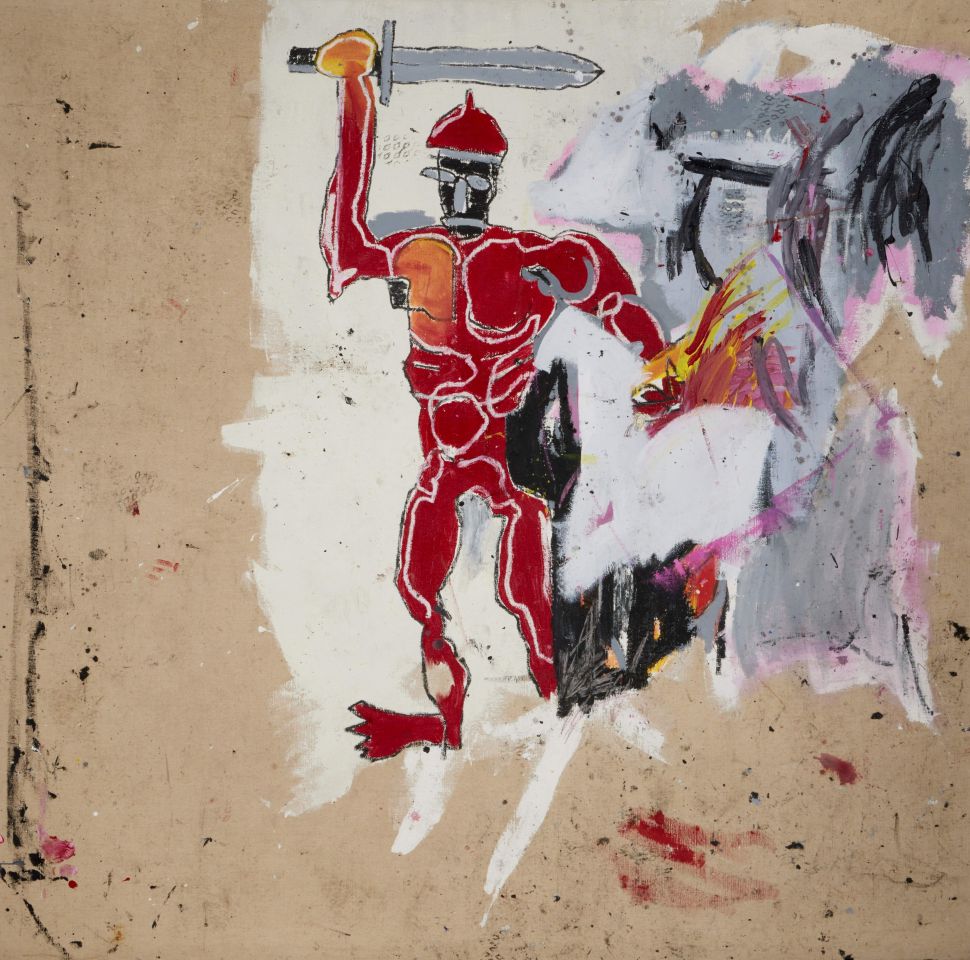