Big Ben, the iconic clock tower that’s defined the London skyline for generations, has been under construction and largely out of commission since 2017; now, however, new reports are revealing that the original hands on the clock have been restored, and that they’ve been revealed to be a striking shade of Prussian blue. The restoration is expected to be completed in its entirety in 2022, at which point Big Ben’s clock will actually chime and function again. The discovery that Big Ben’s clock hands were blue, and not back, was made halfway through the restoration.

The clock tower, which is 177 years old, has cost $111 million to restore thus far. It’s currently been out of commission for the longest period in its entire history. “Following years of painstaking conservation work, the clock hands, now resplendent in their original Victorian color scheme, will be added to the clock dials, with the restored mechanism returning to the [Elizabeth] Tower later in the year,” UK Parliament authorities said in April.

“Early next year the bells, including Big Ben, will be reconnected to the original Victorian clock mechanism and will ring out across Westminster once again,” Parliament authorities continued. “Then the gantry, which has protected the Palace of Westminster throughout the works and supported the complex scaffolding structure, will be removed before the site is fully cleared ahead of summer next year.”

“While we are all longing for the sound of Big Ben marking the time, and for the scaffolding to be removed from the tower – I think we will all agree at the unveiling next year, our patience has been worth it,” said Lindsay Hoyle, the Speaker of the House of Commons, said in a statement this week. In troubled times, it seems everyone could use Big Ben back. 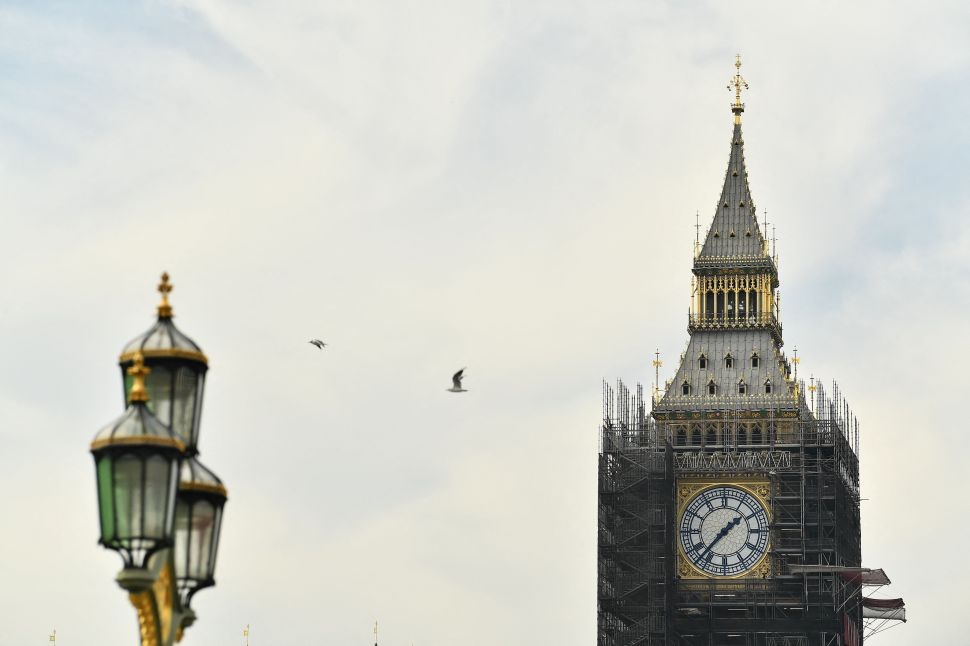