On Tuesday, September 14, a long-anticipated series of events unfolded on a perfectly balmy late summer evening: the return of Broadway theater, a staple of New York City entertainment that’s been unilaterally shut down since March of 2020. As one might expect, the New York Times is reporting that the mood was jubilant. Audiences packed beloved theaters to see productions like The Lion King, Wicked and Hamilton, and attendees were apparently crying with gratitude and engaging in multiple standing ovations. However, things are certainly not entirely back to normal.

I have honesty never heard applause more rapturous than when Ginna Claire Mason said “It’s good to see me, isn’t it?” as Glinda for Wicked’s return to Broadway. pic.twitter.com/hhi16BzbFb

Back in May, when since-departed Governor Cuomo announced that September 14 would be Broadway’s return date, specifications for performers and audience members had not yet been nailed down. It wasn’t yet certain whether masks or proof of vaccination would be required for attendees, but as of this month, both are a necessity; children under the age of 12 wishing to attend a show are required to offer negative coronavirus tests.

Even with these stipulations in place, and ambient fears about breakthrough cases and the Delta variant still in the air, it’s obvious from dispatches on social media that the overall sentiment is undeniably positive. Lin-Manuel Miranda, the Hamilton scribe, could be found belting “New York, New York” into a megaphone outside the Richard Rodgers Theater on Tuesday, and original Wicked star Kristen Chenoweth made a surprise appearance, delighting audiences.

“Broadway, and all of the arts and culture of the city, express the life, the energy, the diversity, the spirit of New York City,” Mayor de Blasio said at a Tuesday news conference. “It’s in our heart and soul. It’s also so much of what people do to make a living in this town. And that makes us great. So, this is a big night for New York City’s comeback.” 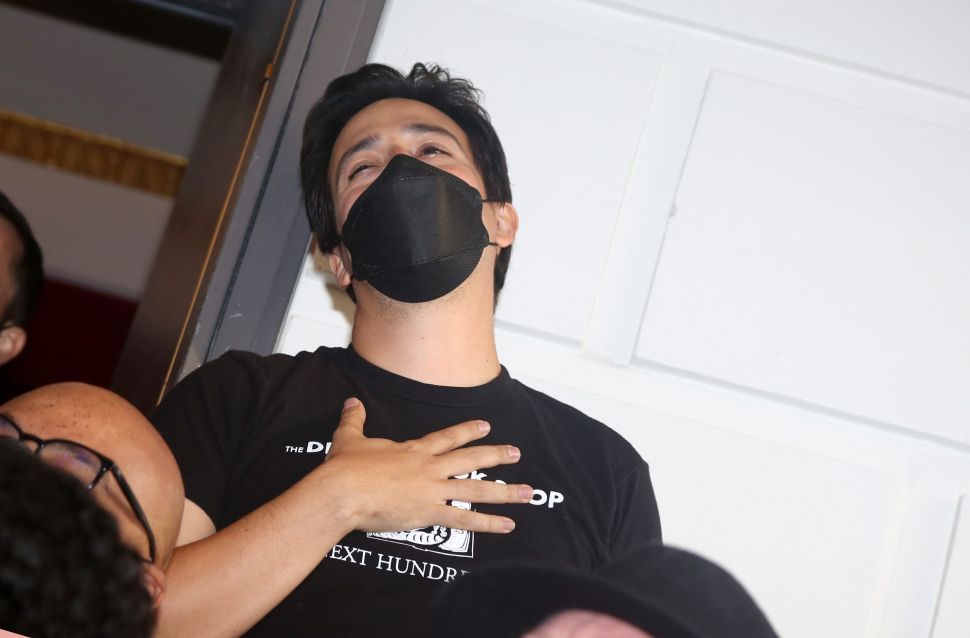