In February, after filmmaker Christopher Nolan openly criticized the same-day release strategy his longtime cinematic home Warner Bros. was implementing for 2021, I explored which new studio he might fit with if a split was on the horizon. A few viable candidates immediately sprang to mind, but Universal Pictures always made the most sense. As it turns out, reality does indeed follow logic sometimes. Nolan has officially set up his upcoming film about J. Robert Oppenheimer and the development of the A-bomb at Universal.

The movie will begin production in the first quarter of 2022, Deadline reports. After spending the majority of his career with WB, Nolan’s move to Universal sets the stage for a potential shift in Hollywood’s hierarchy. Nolan hasn’t signed an overall deal with Universal, but landing his World War II films gives the studio the inside track to developing a long-term relationship with the filmmaker.

Nolan slots into Universal’s roster at a time when the studio is likely on the hunt for a new arsenal.

Prior to the pandemic, Universal has managed to consistently land itself among the top three highest-grossing domestic studios despite a lack of comic book properties. This has been accomplished through a diversification of high-upside brands and IP.

The film studio counts Illumination Entertainment (home of the Despicable Me franchise), DreamWorks Animation (How to Train Your Dragon) and Blumhouse (Halloween) among its production assets and has put forth a clear focus on female-fronted powerhouses and efficient budgets. Yet its foundational franchises over the last 20-plus years have always been Fast & Furious and Jurassic World.

Both franchises are eyeing conclusions on the near horizons. The main Fast saga will end with the 11th film in the series while the upcoming Jurassic World: Dominion is believed to be the final entry in the Chris Pratt-Bryce Dallas Howard revival. An extended relationship with Nolan, who is the rare director who can open a film at the box office based on name power alone, would give Universal a blue chip blockbuster filmmaker to replenish global demand after both tentpole series ride off into the sunset. The added bonus is that it hurts rival WB at a time when fellow A-list filmmakers at the studio, such as Dune‘s Denis Villeneuve, have also expressed frustration with their 2021 strategy.

Universal is one of the most creative and forward-thinking major studios in Hollywood. It was the first studio to send a major title (Trolls World Tour) directly to premium video on demand during the pandemic and reached historic deals with exhibitors that shattered the decades long precedent of exclusive 60-90 day theatrical windows. On the surface, that may not seem to gel with Nolan’s staunch support of movie theaters.

Some on Film Twitter have expressed surprise that Nolan opted to go with Universal, particularly after the studio recently announced a day-and-date release for Halloween Kills in theaters and on Peacock. But this is just the studio’s second flirtation with hybrid releases after The Boss Baby: Family Business. Otherwise, Universal has consistently shown a willingness in the pandemic to find compromises with movie theaters for exclusive releases. Their current model gives them the option to send a film to PVOD after 17 days in theaters if it opens to less than $50 million and after 31 days if it opens above that benchmark. For M. Night Shyamalan’s Old, the film will be skipping Universal’s recent PVOD window and won’t be made available via digital platforms until 75 days after its release, a relevant development for Nolan’s preferences.

The filmmaker surely asked for and received some variation of an exclusive global theatrical rollout (as well as a hefty percentage of first-dollar gross). Paramount Pictures, which was also gunning for Nolan’s services, recently deposed studio chief Jim Gianopulos in favor of the more streaming-friendly Brian Robbins and fell out of the running as a result, per Deadline.

Donna Langley, Chairman at Universal Filmed Entertainment Group, was the perfect executive to close out this deal. She is a throwback shot-caller who values filmmaker-first approaches and prioritizes A-list names. Overall, NBCUniversal is placing a clear emphasis on fostering an environment that empowers creatives.

“Langley’s long track record of championing filmmakers and event-izing original films for a global audience had to be comforting to Nolan and [Emma] Thomas,” the outlet noted. The fact that Universal’s F9, which has grossed $711 million worldwide, is the highest-grossing film of the pandemic likely didn’t hurt when it came time to pitch the filmmaker. 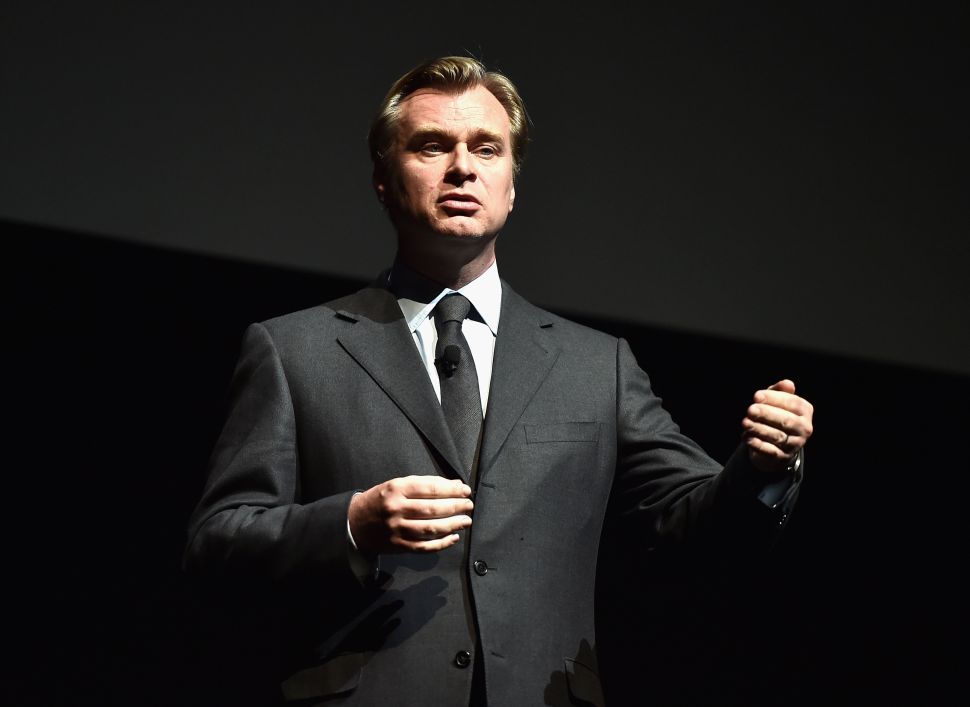