In September 2020, Comcast’s NBCUniversal entered into a first-look deal with NBA superstar LeBron James’ production company SpringHill Entertainment following five years with WarnerBros. Now, the media conglomerate is locking down yet another NBA MVP to its roster.

“While Stephen is a world class athlete, his brand and mission transcends the basketball court. The reach of Comcast NBCUniversal’s diverse portfolio will allow us to collaborate and support Stephen and Unanimous’ goals and ambitions while making compelling and impactful content for a global audience,” said Jimmy Horowitz, Vice Chairman, NBCUniversal Business Affairs and Operations. “We aspire to work with creators who want their impact to reach broadly across our content ecosystem, which makes our partnership with Stephen, Erick [Peyton] and the team at Unanimous Media an ideal fit.”

“Our goal at Unanimous has always been to create content that is not only entertaining, but also uplifting and inspirational,” said Curry. “It’s incredible to imagine all the different ways we can make this vision come to life by incorporating all the amazing assets across Comcast NBCUniversal’s portfolio that has a footprint in all areas of media and entertainment.”

“When we met with the team at Comcast NBCUniversal it was clear that they had done their homework,” said Erick Peyton, Co-Founder, Co-Chief Executive Officer and Chief Creative Officer, Unanimous Media. “They presented to us a vision for a genuine partnership that was creative, multi-dimensional and stayed true to our mission. We can’t wait to roll up our sleeves and get started on projects and content that shifts culture in a meaningful way.”

A-list, brand-driven production companies have become hot commodities in Hollywood recently, with Reese Witherspoon’s production company Hello Sunshine selling for $900 million last month. Her banner is joined by a deluge of production outfits headed by the likes of James, Will Smith, Ron Howard and more that are reportedly seeking sales or similarly lucrative overall deals. From the studio’s perspective, these names already have global fanbases that can be leveraged in a variety of ways for future content opportunities as well as talent attraction. NBCU, for example, plans to partner with Curry beyond just production.

In addition to the first-look deals, Curry will partner with many other brands across the portfolio on a variety of on-camera and creative opportunities including joining NBC Sports’ GOLF Channel for coverage of the ultimate team golf event, the Ryder Cup.

The Ryder Cup is golf’s pre-eminent team event featuring the best players from the U.S. versus the best players from Europe. Curry will join GOLF Channel/NBC Sports across various platforms during the competition and speak to playing as a team and winning at the highest level. Curry will also create original content for GOLF Channel’s critically acclaimed “Live From the Ryder Cup” coverage and GolfPass. Curry’s work with the Ryder Cup will be featured internationally in Sky Sports coverage of the competition across the United Kingdom and Ireland.

Curry will also help launch the reimagination of The More You Know, NBCUniversal’s PSA campaign. In this updated take on the 30+ year initiative, Curry will sit down with artist and activist John Legend to discuss topics related to diversity, equity and inclusion that will appear across many of NBCUniversal’s platforms, including Peacock.

Other concepts are in development with the Entertainment group as well as NBC News Studios, MSNBC, CNBC, Universal Parks & Resorts and Comcast’s Xfinity brand.

Curry and Unanimous Media’s new agreement also brings opportunities for brands seeking to work with the superstar. Together with Creative Partnerships @ NBCUniversal, Curry and Unanimous Media will explore scaled relationships with marketers that inspire connection with Curry’s fans and the media and technology powerhouse’s global audience.

Comcast NBCUniversal has been developing this “symphonic” cross-portfolio approach with a number of talent including the recent Entertainment Content deals with Meghan Trainor and Miley Cyrus, the Universal Studio Group deal with Seth MacFarlane, and the film and television deals  across Universal Pictures and Universal Studio Group with Jordan Peele and Justin Lin. 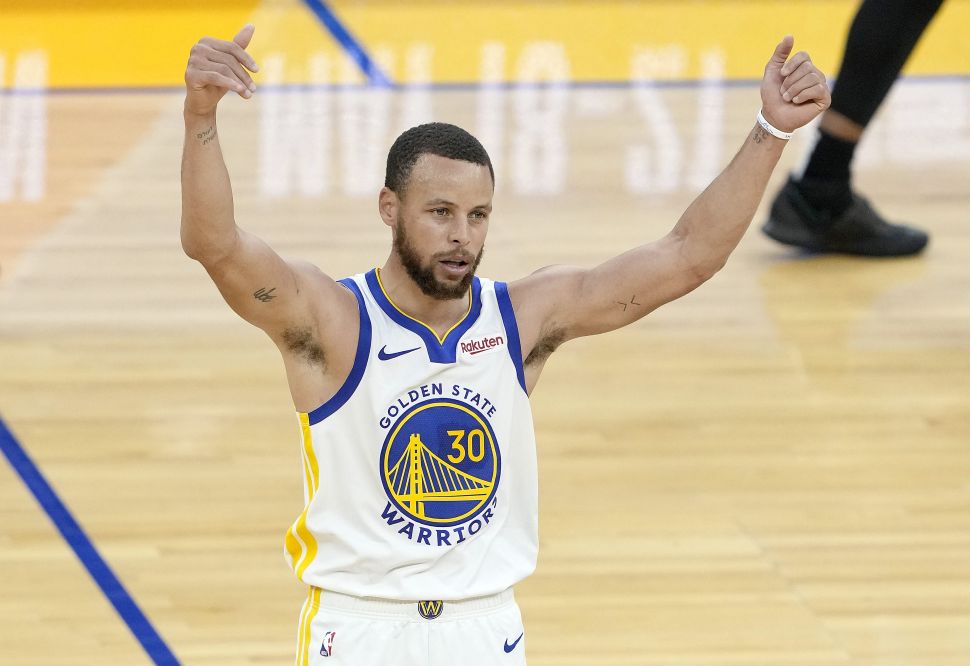