The title character in Cry Macho is not the film’s 91-year-old star. No, Macho is a rooster— a fighting cock who, it’s worth noting, gets into an equal amount of fisticuffs with the movie’s nondescript bad guys as Clint Eastwood’s retired rodeo rider and ranch hand does, which is to say one.

That Eastwood, who as the movie’s director is helming his 22nd film since winning a Best Picture Oscar for 1992’s Unforgiven, parcels out some of the traditional duties of a leading man to a feathered farm animal is quite the practical decision given his earned limitations at this point in his career. But it also speaks to the profound weirdness that has occasionally bubbled to the surface as Eastwood explores his eighth decade as a creatively active media idol.

Still, while moments like the hero chicken—and the fact that the nonagenarian at the center of Cry Macho is presented as a potential love interest for not one but two younger women—are profoundly oddball, Eastwood’s latest never quite reaches the level of accidental eccentricity of, say, his 2019 drug-running feature The Mule. Instead, Eastwood’s return to the Western milieu, which hits theaters on Sept. 17 and will play on HBO Max’s ad-free tier for a month, is a dramatically turgid and thematically thin rumination on his own iconography in its twilight.

In what will prove dispiriting to those of us trying to convince their elderly parents to give up their car keys, Cry Macho is a road picture.

Eastwood plays Mike Milo, who has been tasked by his hot-headed former boss (Dwight Yoakam) to motor down from Texas to Mexico City to retrieve the former boss’ estranged teenage son (Eduardo Minett, a Mexican television actor making his U.S. debut). A supposed wild child with a penchant for cock fighting (unfortunately, he is given no further personality traits), Yoakam’s character claims the young man is being abused by his mother (Fernanda Urrejola) and her various suitors.

Eastwood knows in his bones certain fundamentals of his craft. He and his editor Hughes Winborne (an Oscar winner for 2004’s Crash) can pace a film so that it never drags, even when it ambles at its own deliberate pace. Eastwood allows his DP, Marvel Universe mainstay Ben Davis, to capture the rugged beauty of the desert at twilight in all its poetic sparseness.

But Eastwood completely whiffs on other aspects paramount to the success of the film in a manner that he rarely did over the course of his storied career but has from time to time in recent years. (See—or rather don’t—2018’s The 15:17 to Paris.)

Most of the film’s supporting performances are overcooked in a way that feels particularly glaring given Eastwood’s well-noted taste for minimalism. (Yoakam, a reliable antagonist in Southern Gothic and Western films since Billy Bob Thornton cast him in Sling Blade in 1996, is an exception.)

A modern master at redeeming flawed characters with morally murky pasts, Eastwood and his Gran Torino screenwriter Nick Schenk (working from a script by the late novelist N. Richard Nash) imbues little messy or complicated life in their rendering of a wizened one-time ranch hand who keeps to himself. Instead, save for a tossed-off line about his past addiction to booze and pills, he is given a tragic backstory involving his wife and child that gives the character an unfortunate victim of circumstances aura.

Even Eastwood’s often regressive but sometimes interesting politics, front and center in a polarizing manner in his 2019 telling of the Atlanta Olympics bombing Richard Jewell, gets a rather uninspired platform here. The two adult women in the film are presented as either overtly licentious or cloyingly maternal, with no shading given to either characterization.

“There’s no cure for old,” Milo says in a response to a Mexican couple seeking his medical advice for their listless dog.

Perhaps not, but so much of Eastwood’s career over the last two decades has proven that his age and experience has incredible cinematic value when he holds himself to the high standards he set for himself years ago. When he doesn’t, which is sadly the case with Cry Macho, the uninspired results leave you with wistful memories of what once was. 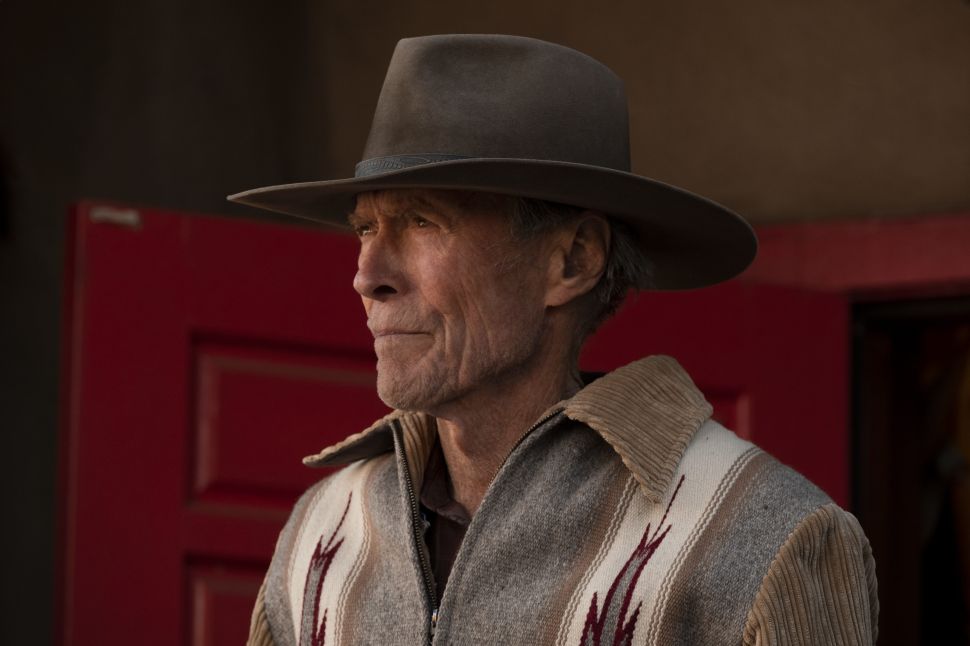