In the performing arts, tradition and innovation exist in creative tension. The dancer or opera maker who wants to contribute to their field had better know what has gone before. From an audience standpoint, a balanced diet includes plenty of “classic” work (however you define it) and brand-new creations. For this snapshot of the fall season in opera and dance, we went for a split-screen approach. It so happens that the events we chose fall into two camps: new operas, and dance concerts by longtime leaders of the field. That’s not to say there isn’t much older opera and contemporary dance to be had this fall, but our mix of iconic and iconoclastic should inspire you to start booking today.

The first Black composer has a premiere at the 138-year-old Met. It’s both a landmark and shamefully overdue, but still, let’s celebrate. Grammy Award–winning jazz musician and composer Terence Blanchard, with librettist Kasi Lemmons, has adapted New York Times columnist Charles M. Blow’s memoir about growing up poor and frustrated in Louisiana. A coming-of-age tale that touches on race, class, and sexuality, this promises to be an epic music-drama for our times. Acclaimed baritone Will Liverman plays the character based on Blow.

The weather is turning cooler, but BAM invites you to lounge on the beach under a hot sun. Created by composer Lina Lapelytė, librettist Vaiva Grainytė, and director/designer Rugilė Barzdžiukaitė, this environmental spectacle uses 25 tons of sand and a couple dozen local volunteers to create the illusion of a beach where swimmers and sunbathers reflect (operatically) on their lives and the precarious state of the planet. For those who binged HBO’s vacationer satire The White Lotus, this innovative opera might be the escape you need.

If you haven’t heard Anthony Roth Costanzo live, you are missing a natural wonder of the opera world. Costanzo is a leading countertenor, possessed of a marvelously high, ethereal range. His partner in this event will be familiar to habitués of the alt-cabaret scene: iconic singer Justin Vivian Bond, whose vocal attack is more in the smoky-diva register. Together these unique artists compare pitches, repertoire, and personal stories in a campy theatrical concert. Opera, Costanzo notes, “has a wild lineage as both an interdisciplinary and popular, zeitgeist-driving form—not to mention one whose popularity was rooted in the sex-symbol status of castrated men.” Bring your opera glasses, kids!

It was 48 years ago when choreographer Twyla Tharp premiered her first ballet at City Center. Since then, she has amassed a quirky, populist body of work that spans classical ballet, modern dance, Broadway musicals and work on film. Now Tharp returns to the beginning in this historic retrospective that brings together dancers from Alvin Ailey American Dance Theater, American Ballet Theatre, and New York City Ballet. The program includes duets and two world premieres, as well as a corps of young dancers — who will carry on her legacy.

You can be sure that the city’s finest ballet dancers have been getting back in shape (as if they ever weren’t) for a glorious return to the stage. The legendary New York City Ballet’s fall repertory over four weeks will include a lavish opening night gala, Classic NYCB, a program of Jerome Robbins’ Opus 19/The Dreamer Alexei Ratmansky’s Russian Seasons, and a world premiere pas de deux by Mauro Bigonzetti — the latter in honor of principal dancer Maria Kowroski’s final season with NYCB. Note: All performances will take place without intermission in order to maximize audience safety.

The great choreographer Bill T. Jones returns to live performance for the first time in 15 years as the opening soloist in his latest work. It’s not exactly a spoiler to say this world premiere builds from there; eventually, 100 dancers enter to fill the Park Avenue Armory’s vast Wade Thompson Drill Hall. Danced to a vocal score by composer Nick Hallett that samples Martin Luther King Jr.’s “I Have a Dream” speech and passages from Herman Melville’s Moby-Dick, Jones has described the work as highly personal. In it, his dancers metaphorically explore the dynamics of individual freedom versus group identity — certainly a timely topic.

Correction: A previous version of this article stated the Met was 141 years old, it has been corrected. 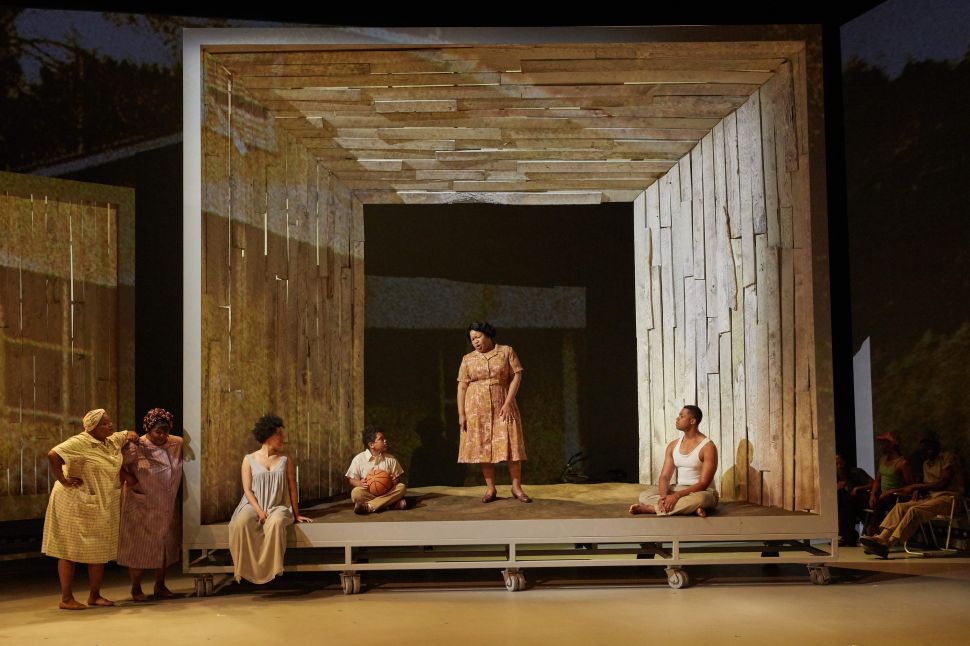