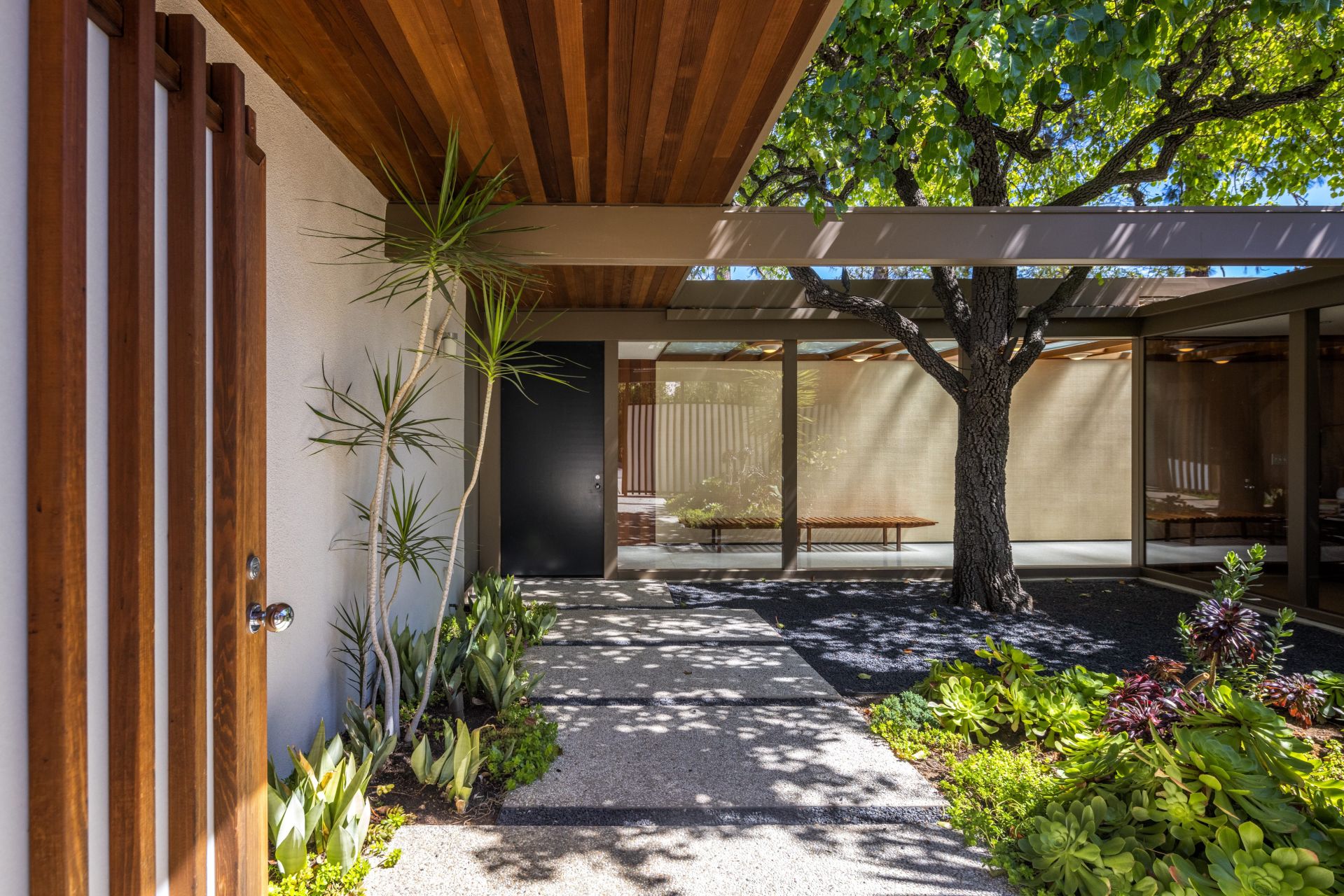 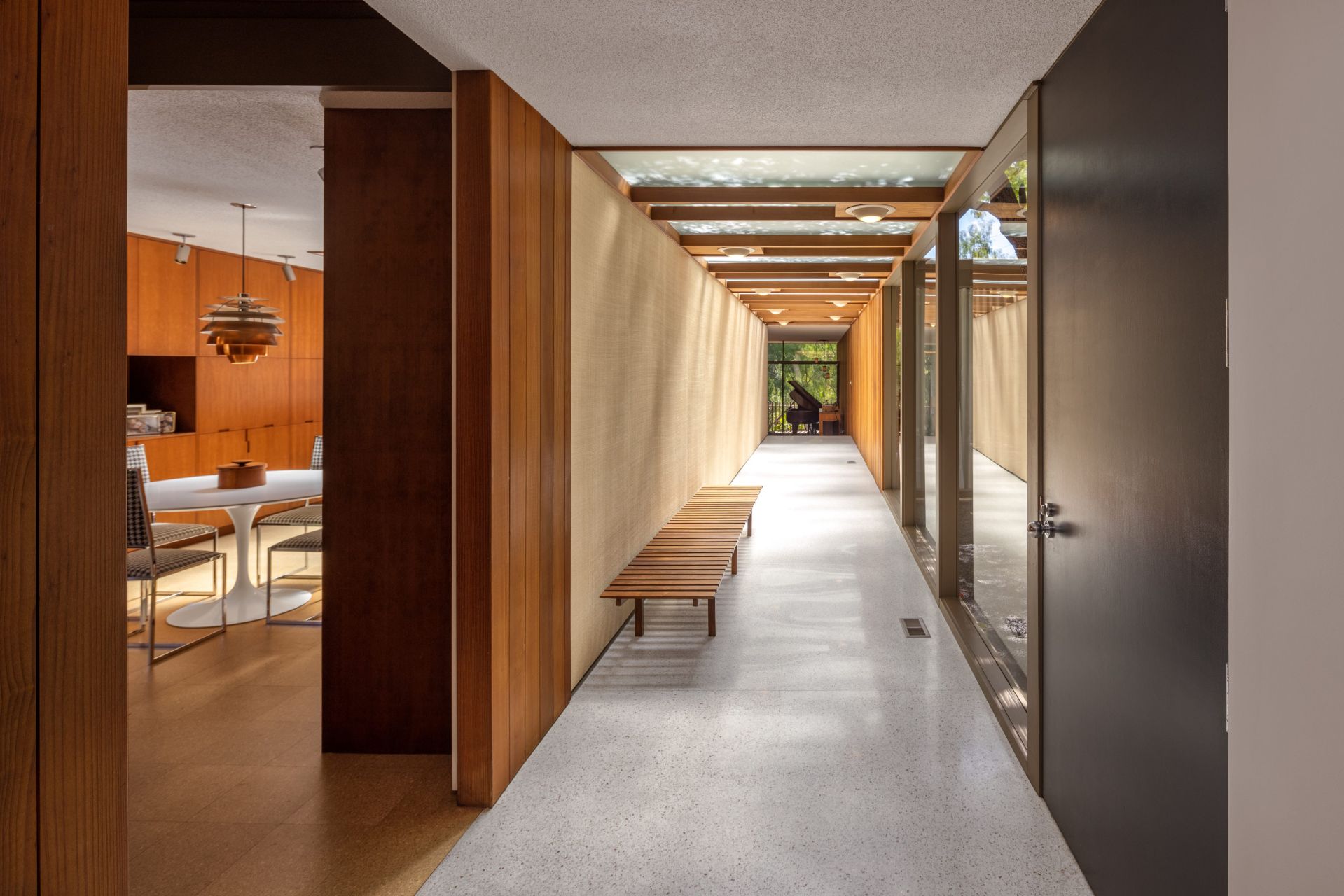 The glass-and-wood home was originally built in 1961.
Courtesy Juwan Li 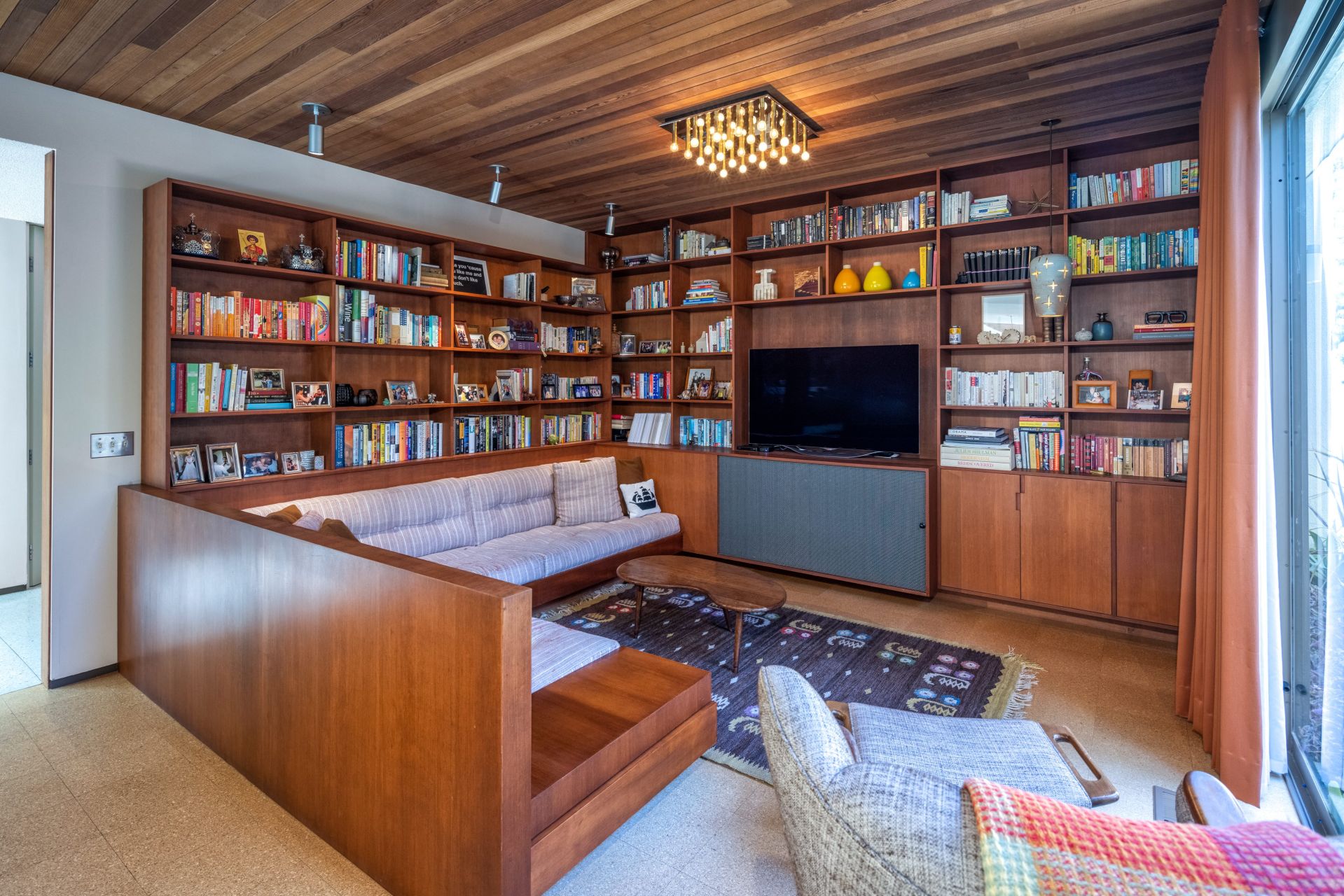 The couple paid $8.5 million for the abode.
Morgan Halberg 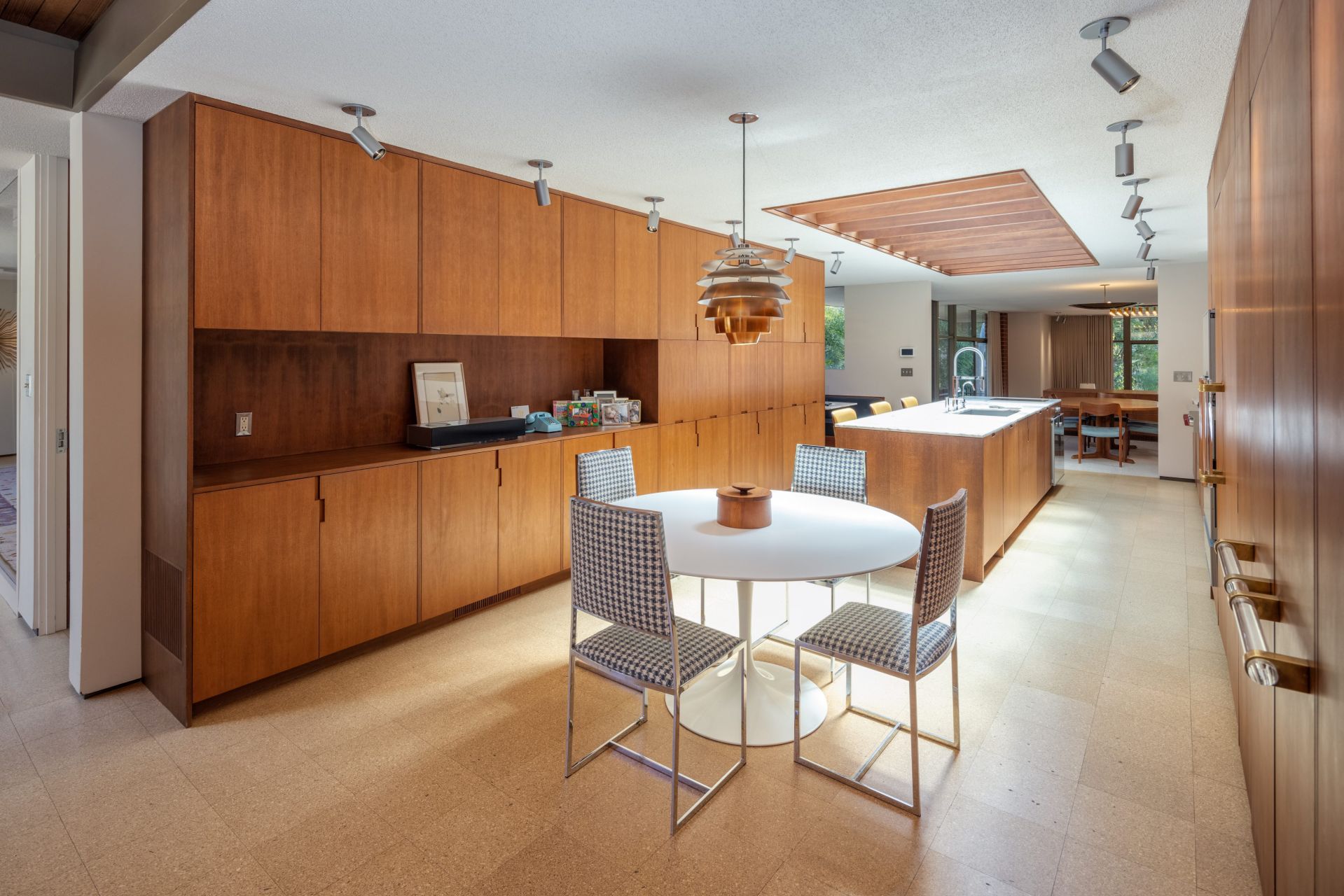 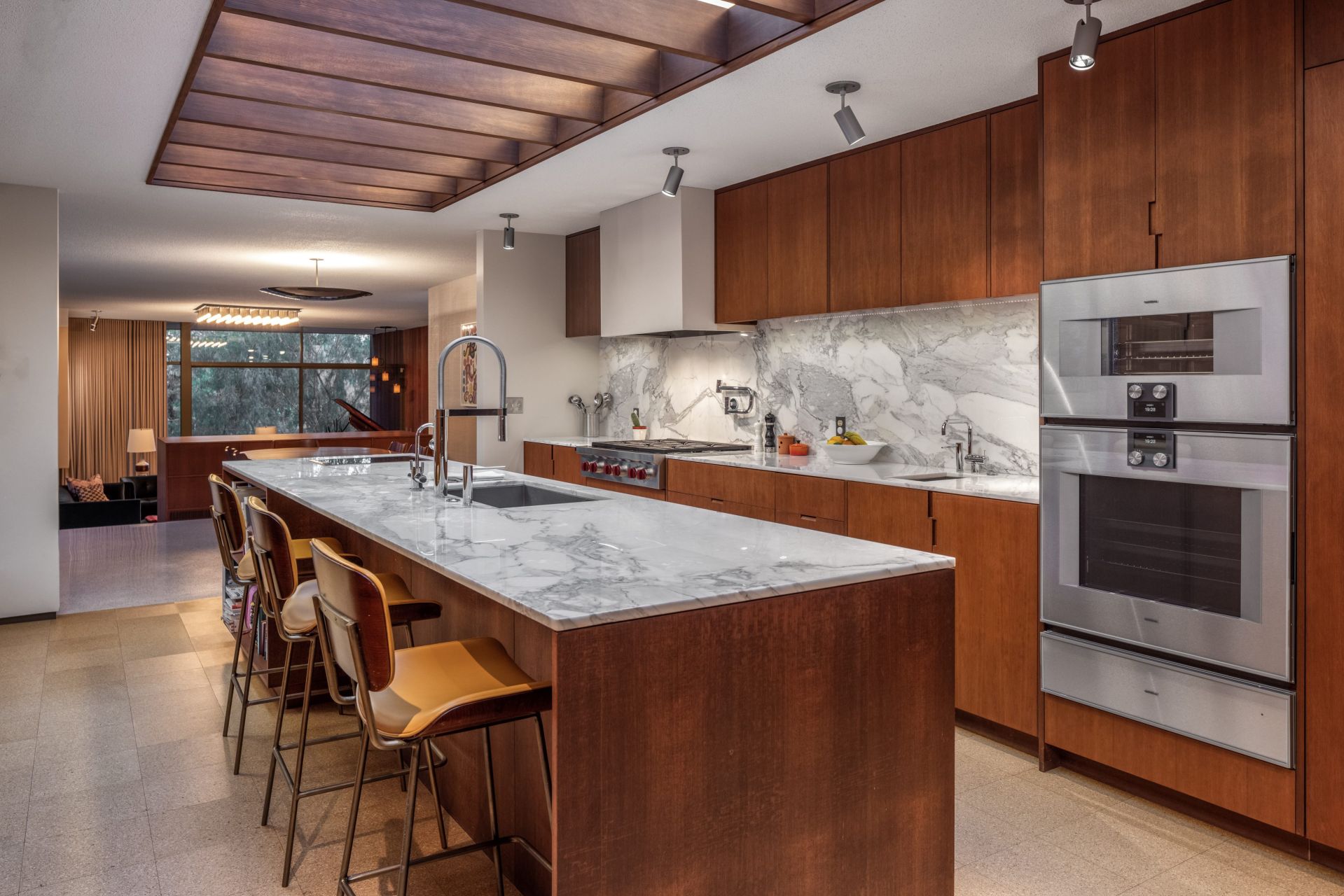 The kitchen is equipped with a center island, breakfast bar seating and a built-in banquette.
Morgan Halberg 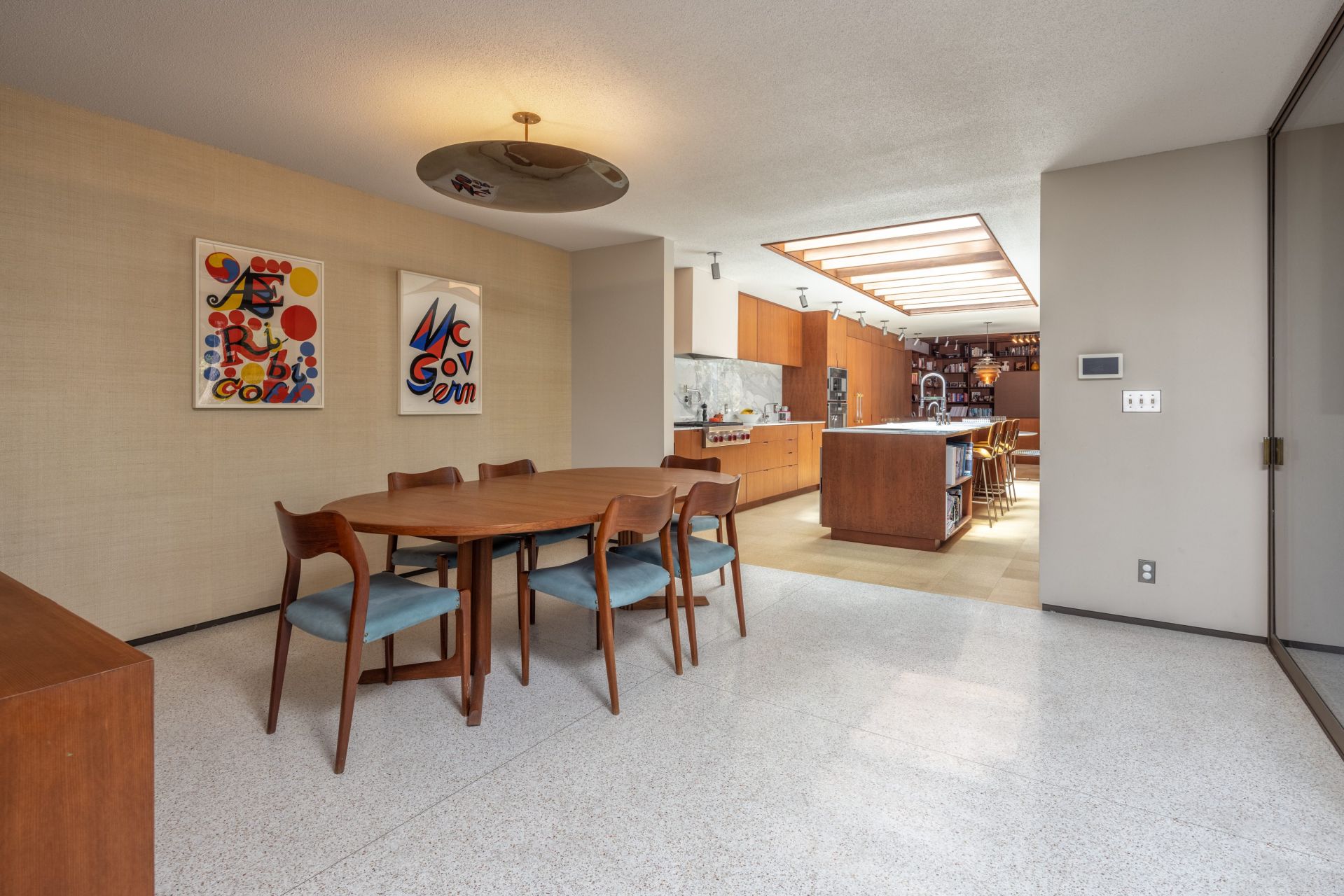 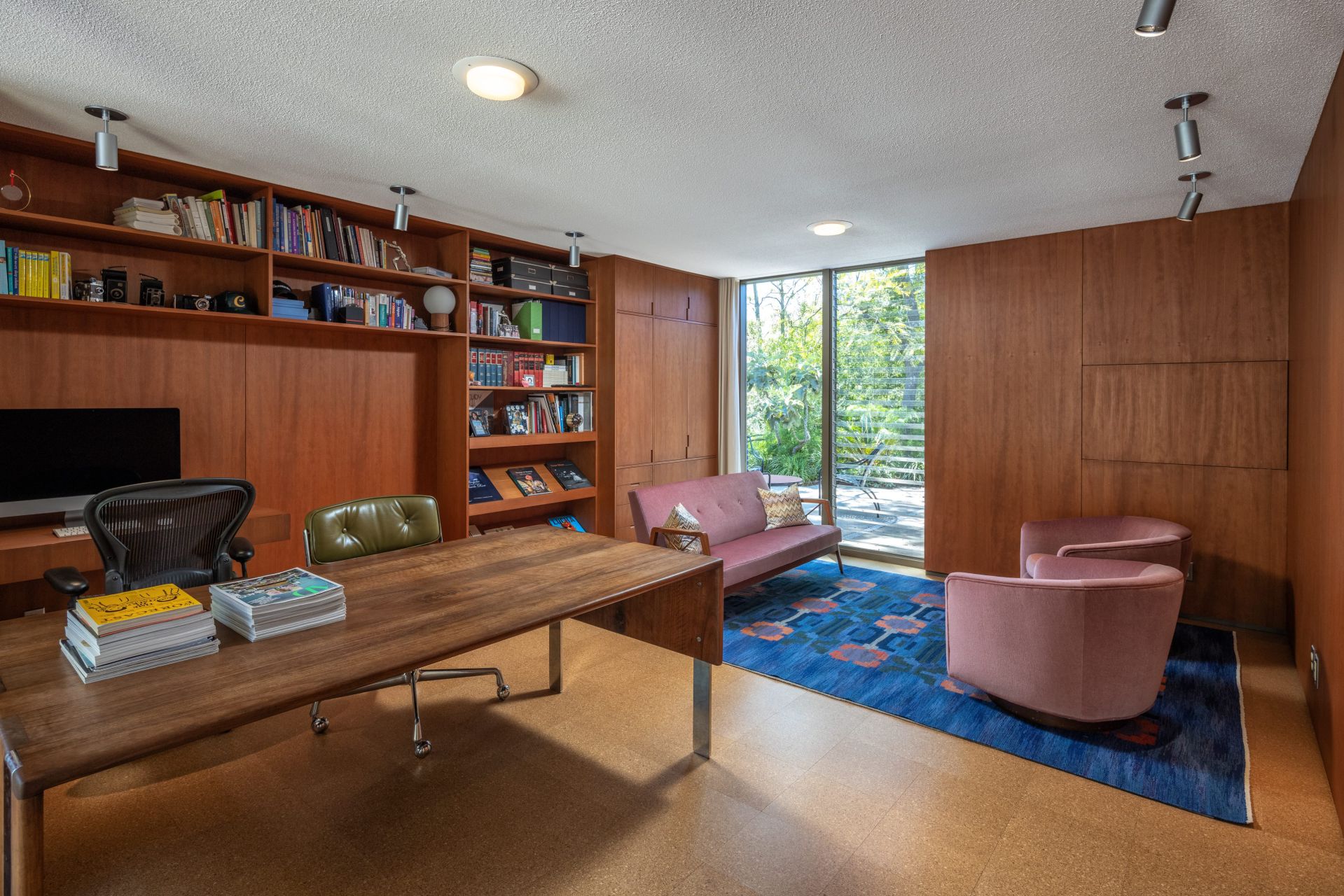 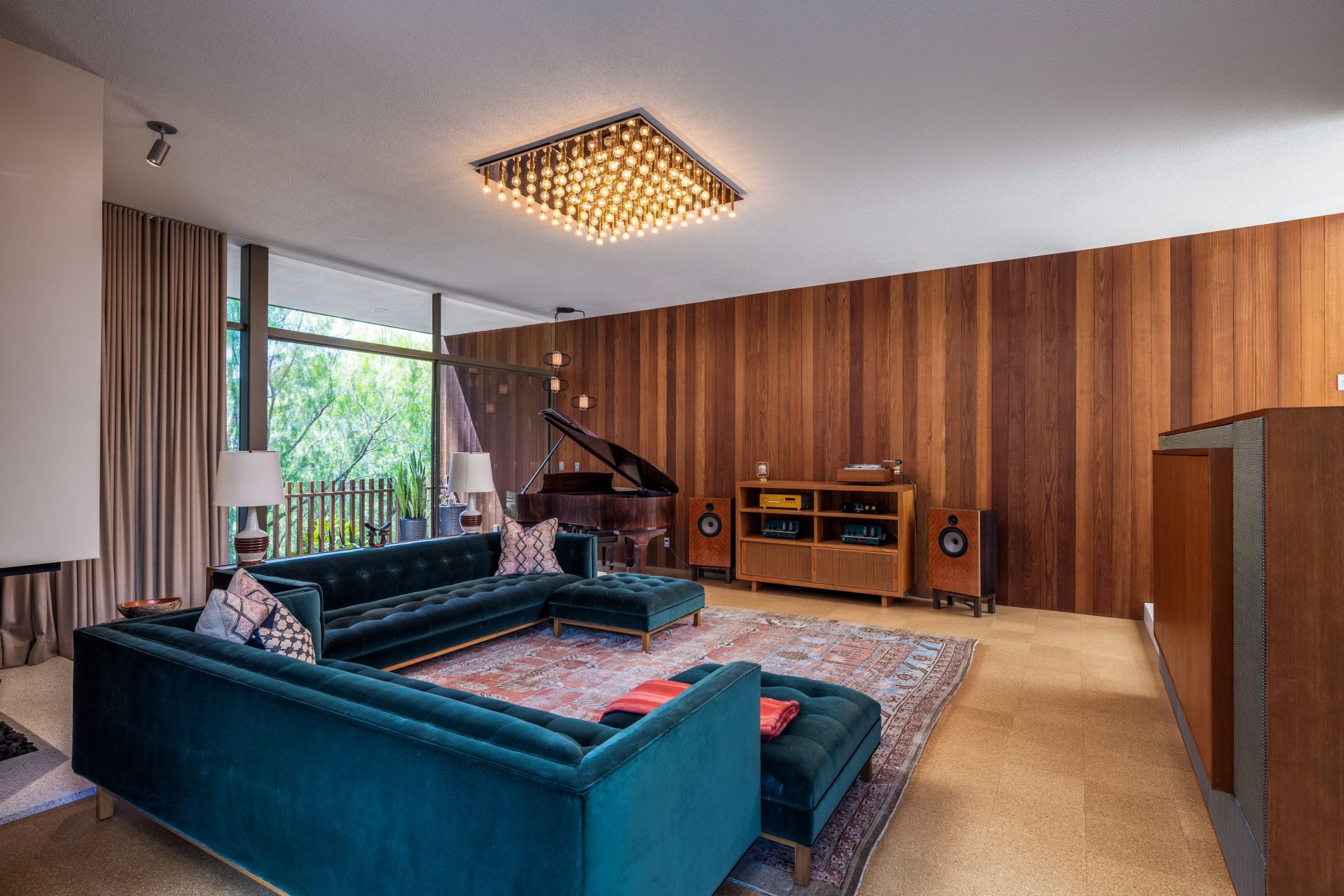 They sold their previous Beverly Hills home earlier this year, but it seems they couldn't stay away.
Morgan Halberg 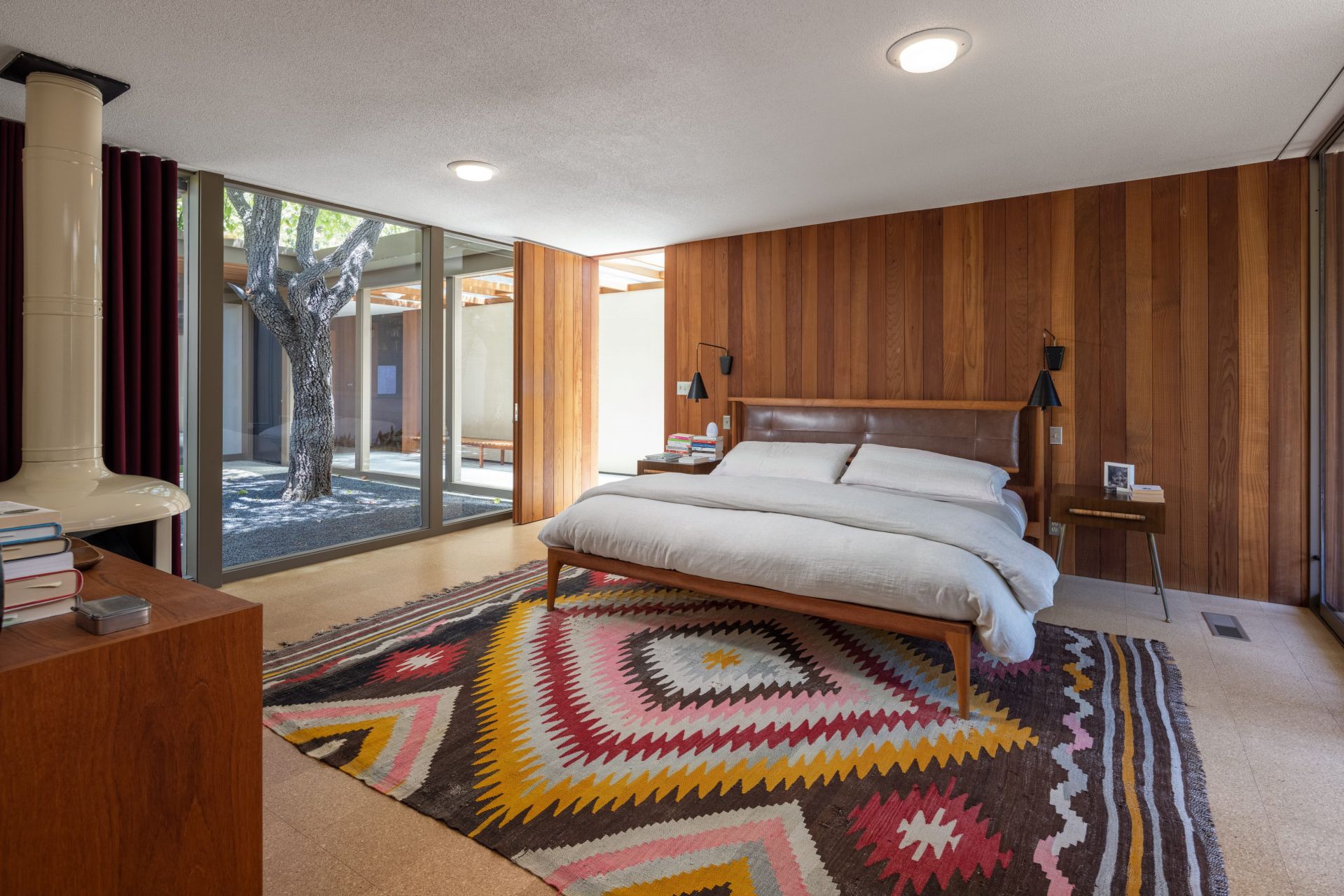 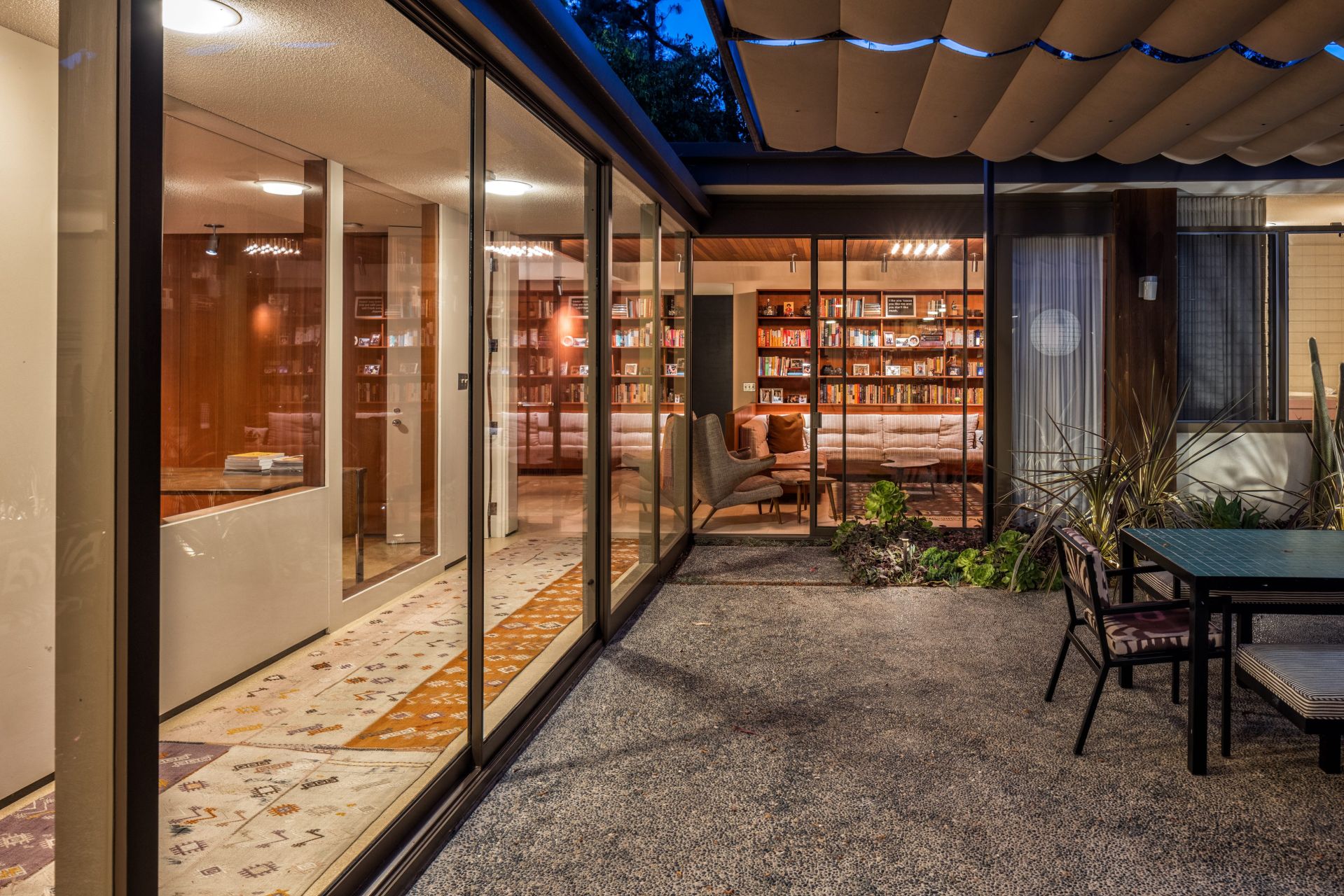 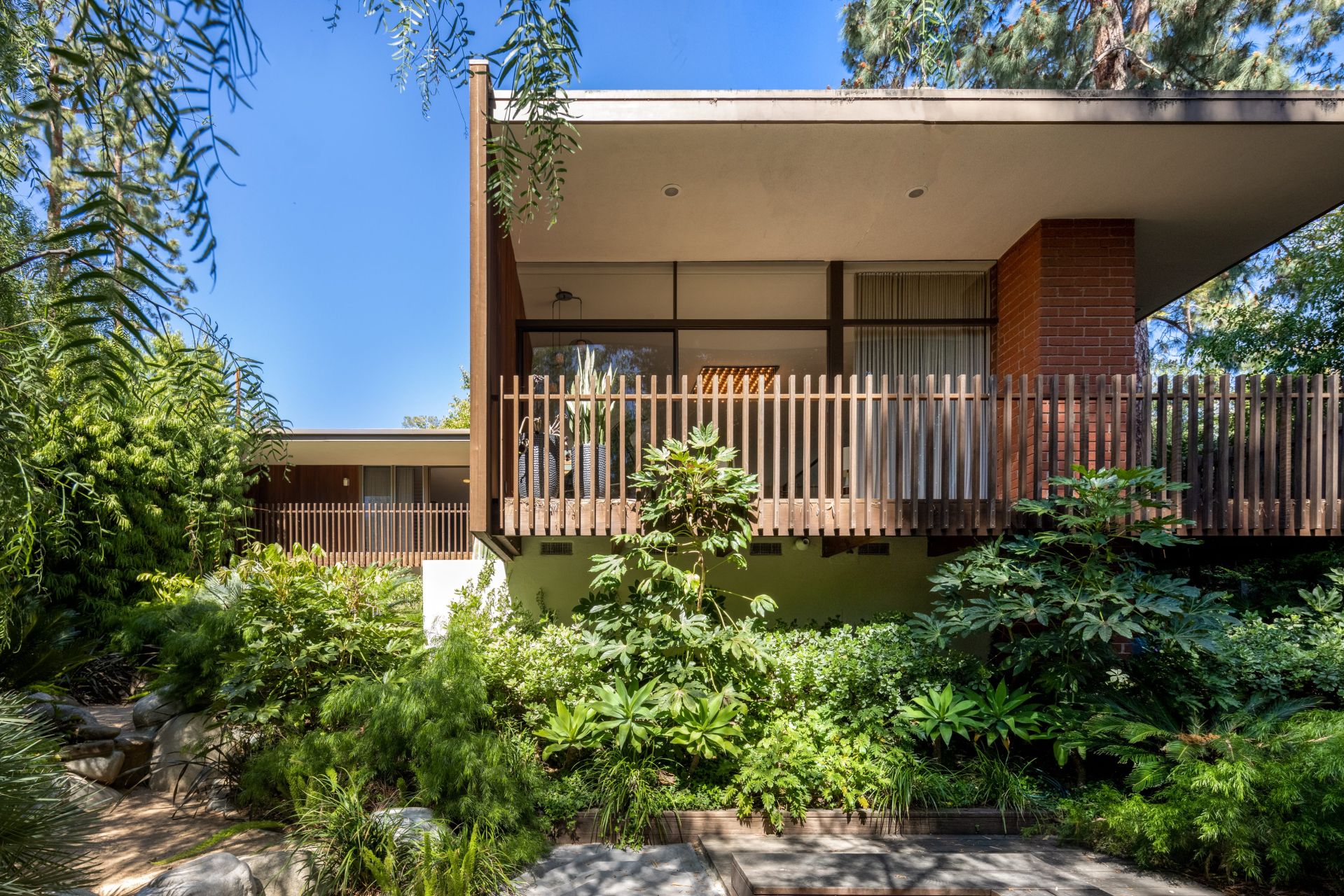 The house is situated in the Hidden Valley enclave.
Morgan Halberg 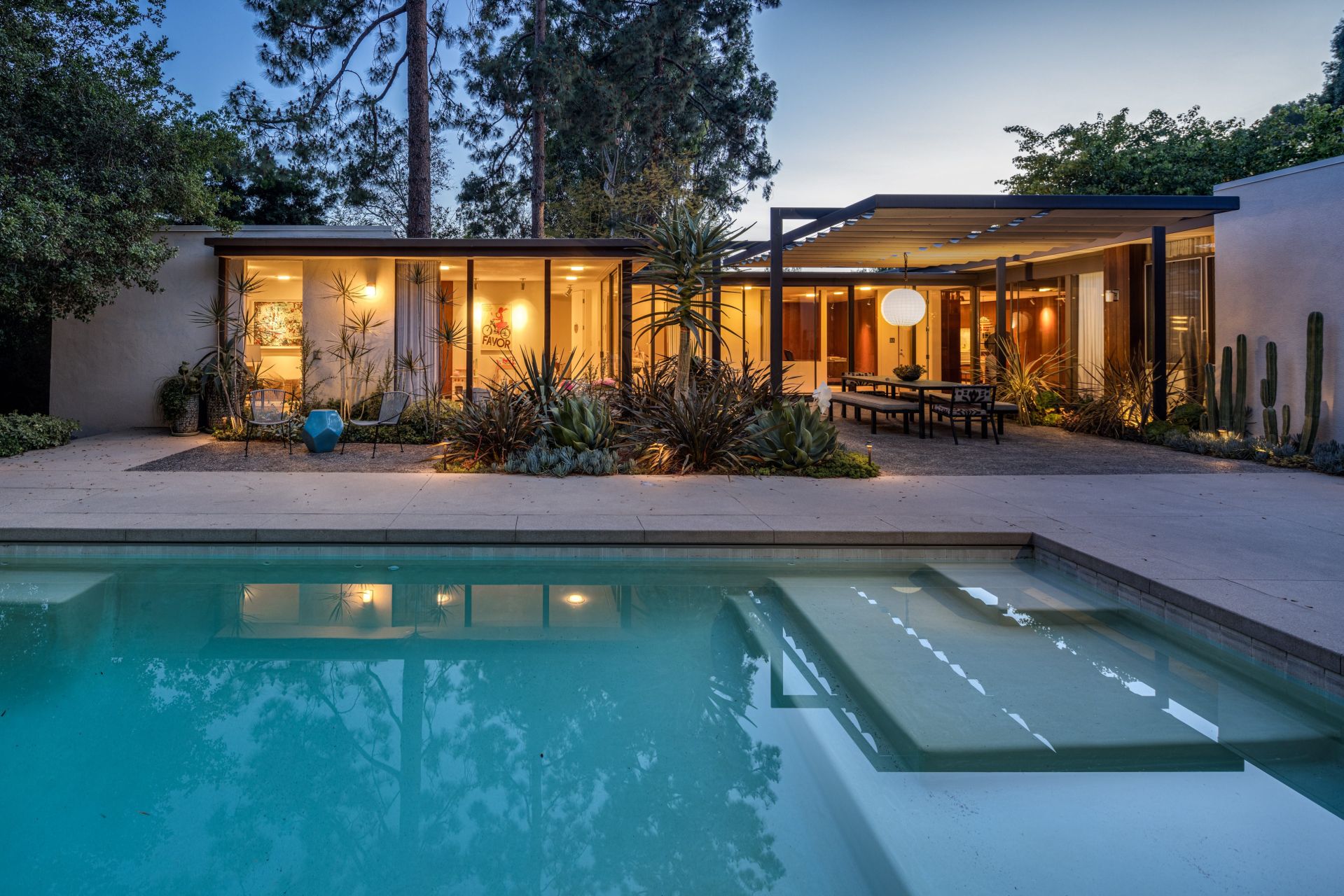 There's a pool and spa outside.
Morgan Halberg 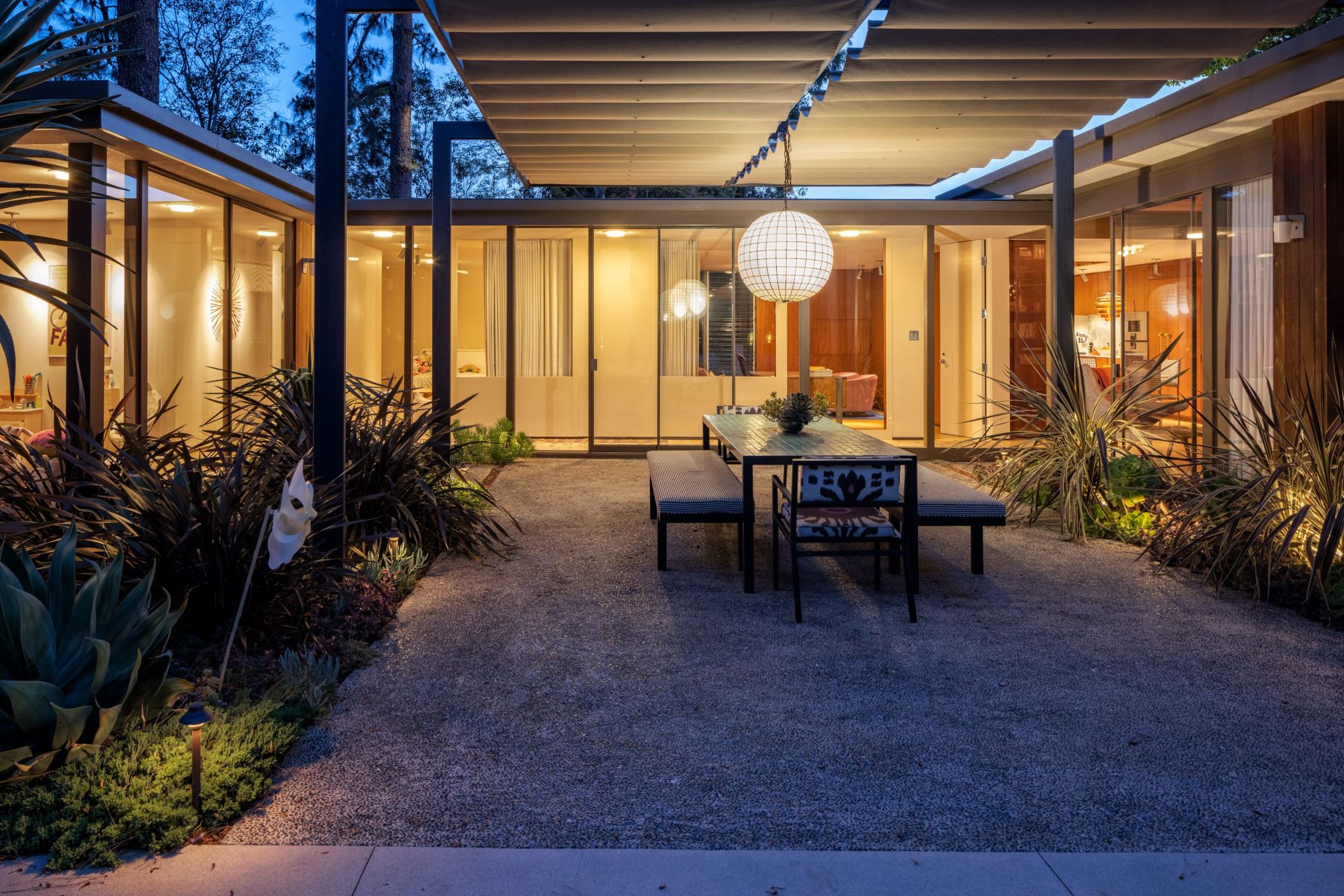 There are plenty of al fresco dining nooks.
Morgan Halberg 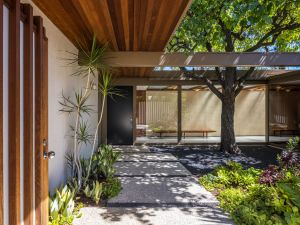 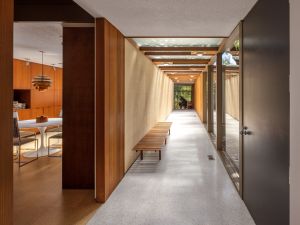 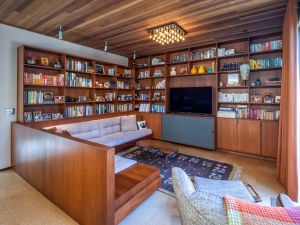 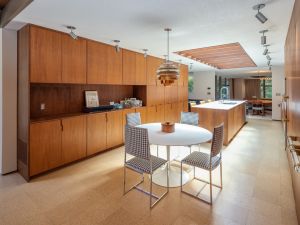 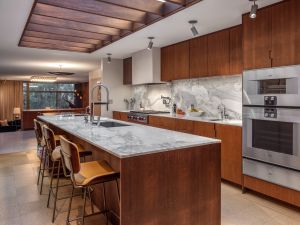 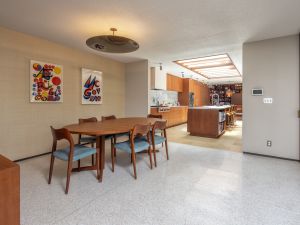 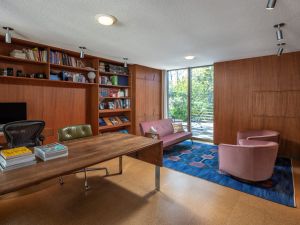 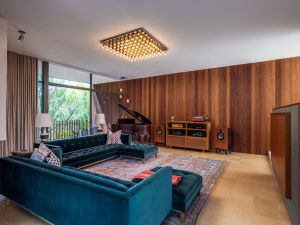 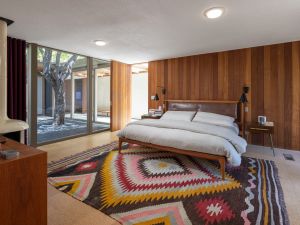 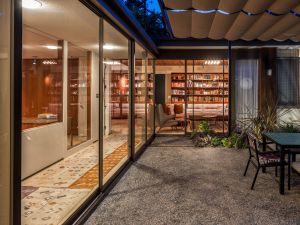 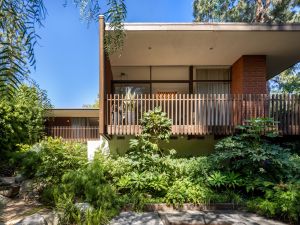 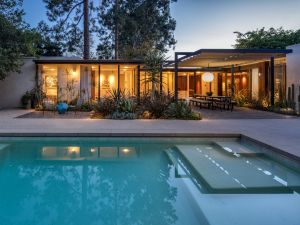 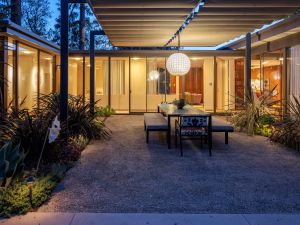 Ellen DeGeneres and Portia de Rossi just couldn’t stay away from Beverly Hills. The couple, who is constantly buying and selling multimillion-dollar homes on the West Coast, parted ways with their final 90210 home back in April 2021, but now they’re heading back to the ritzy enclave.

The five-bedroom, 4.5-bathroom house is located in the private and guard-gated Hidden Valley community. The property, known as the Rowan Residence, was originally built by Robert Skinner in 1961. The 4,614-square-foot abode recently underwent a major restoration, led by architect John Bertran and designer Sarah Shetter, according to the listing Compass brokers Tori Barnao, Gersh Gershunoff and Aaron Kirman shared with Hilton & Hyland broker Brett Lawyer.

The wood-and-glass home features custom Douglas fir cabinetry, terrazzo floors and Calacatta gold and marble countertops throughout. There are various living areas, as well as a media room with built-in bookshelves.

The eat-in kitchen is equipped with a center island, banquette seating and a breakfast bar area, with grey marble countertops.

The owner’s suite contains a retro fireplace and glass sliding doors that lead to the courtyard. The bathroom is fitted with a large walk-in shower and a separate built-in tub, as well as double vanities. There’s also a minimalist home office, with lots of built-in shelving and desk space.

Outside, there’s a covered al fresco dining area, as well as a pool, spa and a built-in fire pit. There are numerous lounging spaces, plus a bar and a barbecue nook.

DeGeneres, who is preparing for the final season of The Ellen Show, is known for her constant home flipping, but it seemed as though she and de Rossi were planning on spending most of their time in celeb-adored (and royally-approved) Montecito, where they now own at least three separate properties and count Prince Harry, Meghan Markle, Oprah Winfrey, Orlando Bloom, Katy Perry, Rob Lowe and Ariana Grande as neighbors. Alas, it appears they just couldn’t be without at least one Los Angeles home, but considering how frequently the duo buy and sell properties, let’s see how long they hold onto their most recent acquisition.