In August, Elon Musk gave the YouTuber Tim Dodd (The Everyday Astronaut) an extensive, “day-in-a-CEO’s-life” style tour of SpaceX’s “Starbase” facility in the remote beach town of Boca Chica in Texas. In the three-part interview, the CEO showed Dodd around the launch site for SpaceX’s many rockets, including the upcoming Mars-colonizing Starship, and discussed his engineering process in such detail that you wouldn’t doubt he actually designed those rockets. But did he really?

Musk has many titles at SpaceX. In addition to CEO, he is also the company’s chief technology officer and chief designer. However, given his already crazy schedule—he once said he works 100 hours a week—spread across Tesla, Neuralink, The Boring Company and other ventures, how much is he actually involved in the day-to-day operation of SpaceX like a normal rocket CTO and designer would be?

While Musk is widely considered the face of the company, SpaceX has another key executive, Gwynne Shotwell, who is the company’s president and the chief operating officer since 2008. (She joined SpaceX in 2002 to lead business development and got promoted to president after scoring a major NASA contract.)

In an 2016 interview with Y Combinator founder Sam Altman, Musk said Shotwell manages every aspect of SpaceX except design and engineering so that he can focus on just those two things.

“A lot of people think I must spend a lot of time with media or on business-y things. But actually almost all my time, like 80 percent of it, is spent on engineering and design….developing next-generation product,” Musk told Altman. “She (Shotwell) manages legal, finance, sales, and general business activity. And then my time is almost entirely with the engineering team, working on improving the Falcon 9 and our Dragon spacecraft and developing the Mars Colonial architecture.”

Both Falcon 9 and Dragon are part of SpaceX’s operational fleet now, regularly launching satellites, payload and astronauts for NASA and commercial clients.

Another key person behind many of SpaceX’s early spacecraft is the rocket engine expert Tom Mueller, who is also a founding member of the company. Mueller headed SpaceX’s propulsion team until about 2016 and has since then gradually retired.

Musk said in a 2019 tweet that Mueller had been “semi-retired” for about five years and didn’t work on SpaceX’s latest Raptor engine, which is used in the current version of Falcon 9 and Starship. The Raptor engine was a “team effort” with “no single leader,” Musk said.

SpaceX’s propulsion department is now headed by Will Heltsley, a former director on the same team.

SpaceX didn’t respond to an Observer inquiry about Musk’s involvement in more recent SpaceX efforts, such as Starlink satellites and Starship. Yet, press interviews, as well as his very revealing Twitter page, suggest that he’s made some rather important decisions on those projects.

For example, in a February episode of The Joe Rogan Experience podcast, Musk said Starship’s design was inspired by the British comedian Sacha Baron Cohen’s 2012 film, The Dictator. In the interview, Musk cited a scene in which Cohen’s Admiral General Aladeen, the authoritarian ruler of the fictional nation of Wadiya, orders his engineers to make a pointy, instead of round, nuclear missile because “round is not scary, pointy is scary.”

The initial design of Starship had a round top, Musk said, but he told his engineers to make it pointy.

“You literally told them to make the Starship more pointy because of the movie The Dictator?” Rogan asked him.

“Yep. And they know it, too,” Musk replied with a laugh. “It’s not like they’re unaware of it. I thought it would be funny to make it more pointy, so we did.” 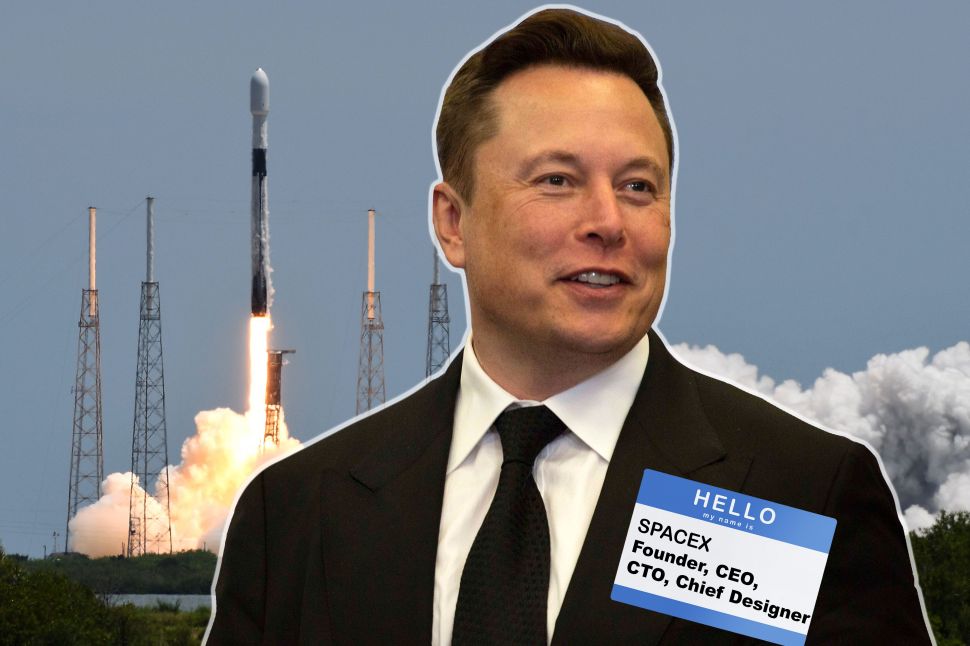