Cash-strapped electric truck startup Lordstown Motors is nearing a deal to sell its only factory in Ohio to Taiwan’s Foxconn, best known for assembling smartphones for Apple and other brands, Bloomberg reported Friday, citing people familiar with the matter.

Lordstown shares jumped as much as 21 percent Thursday morning on the news before retreating to a 9 percent gain in the afternoon.

Lordstown confirmed Thursday evening that it’s in talks with Foxconn about the plant sale but said the two companies are still working on the details. According to a joint press release, Foxconn will Lordstown’s 6.2 million-square-foot facility for $230 million and manufacture the EV maker’s Endurance pickup truck under a separate agreement.

The sale came less than two years after Lordstown bought the factory from General Motors, which opened the facility in 1966 and employed 10,000 people at its peak.

The factory, best known for producing GM’s Chevrolet Cruze compact cars, was the heart of local economy and a political symbol for former President Donald Trump’s election promise to bring manufacturing jobs back to America.

In the summer of 2017, Trump delivered a speech in the nearby Youngstown, vowing to bring jobs back to the declining industrial town. However, less than two years later, GM closed the Lordstown plant—as well as two others—as part of the company’s product line revamp. The closures led to massive layoffs that put more than 14,000 people out of work.

In May 2019, the EV entrepreneur Steve Burns bought the dead plant from GM for $20 million and launched Lordstown Motors, named after the northeastern Ohio town where it is located. A year later, Lordstown unveiled a prototype electric pickup called Endurance in a politically charged event attended by former Vice President Mike Pence.

The prototype was met with positive reviews by the press, but the company is struggling to find the cash needed to fund mass production.

Meanwhile, shortly after the prototype reveal Lordstown went under a series of investigation—first internally then by the SEC and Justice Department—for lying to investors about Endurance’s pre-order numbers, making it even harder to raise new capital. The company’s CEO Burns and CFO stepped down in June amid the scandal.

Selling part of its factory is one of the few options left for Lordstown to raise fast cash so it can begin mass producing Endurance to meet its 2022 delivery timeline.

The former GM factory has the capacity to produce up to 600,000 vehicles a year. Lordstown probably won’t need that much manufacturing power in its early years. 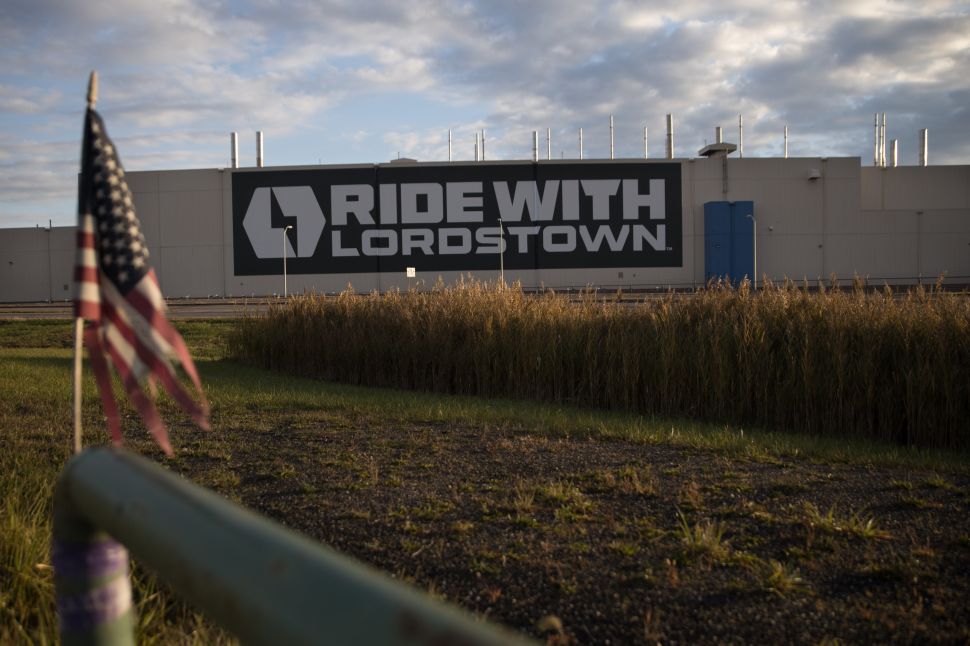