Chinese real estate giant Evergrande Group is having a Lehman Brothers moment this week. Its imminent financial meltdown is infuriating lenders and its own employees while sending shockwaves through global markets.

Hong Kong’s Heng Seng Index dropped more than 800 points, or 3.3 percent, on Monday, as investors panicked over Evergrande’s prospect of defaulting on its more than $300 billion of debt without a Beijing bailout.

Evergrande is one of China’s largest real estate developers. Headquartered in China’s tech hub, Shenzhen, the company employs 200,000 people and sustains 3.8 million jobs in related industries, according to its website.

The Hong Kong-listed conglomerate is best known for its residential property projects across China, owning more than 1,300 projects in more than 280 cities. In recent years, Evergrande’s business portfolio has also extended to include theme parks, sports teams, electric vehicles and consumer goods.

What Is the Trouble About?

As its business empire grew, Evergrande also became China’s most indebted developer in recent years as a result of aggressive borrowing. Over time it has accumulated $305 billion in liabilities to Chinese banks, foreign investors and its own employees. (Lehman Brothers had $617 billion in debt when it filed for bankruptcy in 2008.)

This month, Evergrande has a few major interest payments coming up. On Thursday, it’s due to pay $83.5 million in interest on its March 2022 dollar bond. It has another $47.5 million payment due on September 29 relating to a batch of March 2024 notes.

But Evergrande doesn’t seem to have the cash to pay its bills. Both bonds would default if the company fails to settle the interest within 30 days of the scheduled payment dates.

Evergrande has been scrambling to raise funds to ease the cash crunch by putting some of its assets up for sale and even borrowing money from its employees. According to the New York Times, earlier this year it told employees that they would lose their bonuses unless they gave the company a “short-term loan,” which were packaged as high-interest investment products.

Why Is Everyone Panicked?

This month, Evergrande suddenly stopped paying back thousands of employees who had loaned money to the company, prompting protests at its Shenzhen headquarters last week.

In a regulatory filing on September 14, the company said it was having trouble finding buyers for some of its assets and had brought on financial advisers to help assess the situation. Meanwhile, Bloomberg reported that Chinese authorities had told major banks that hold Evergrande bonds that they wouldn’t receive their September interest payments.

Evergrande’s Hong Kong shares have tumbled more than 80 percent year to date. As liquidation risk Wall Street analysts fear that a collapse of this size could send a seismic effect through the entire Chinese economy and the global financial market.

In a note last week, Goldman Sachs analysts said it’s difficult to predict a recovery path for Evergrande due to “the complexity” of its business structure “and the lack of sufficient information on the company’s assets and liabilities.”

Optimists expect the Chinese government to intervene soon and offer some sort of a financial bailout. Yet Beijing has so far stayed quiet.

Earlier this month, ratings agencies Fitch and Moody’s both downgraded Evergrande, citing its liquidity issues. “We view a default of some kind as probable,” Fitch wrote in a note. 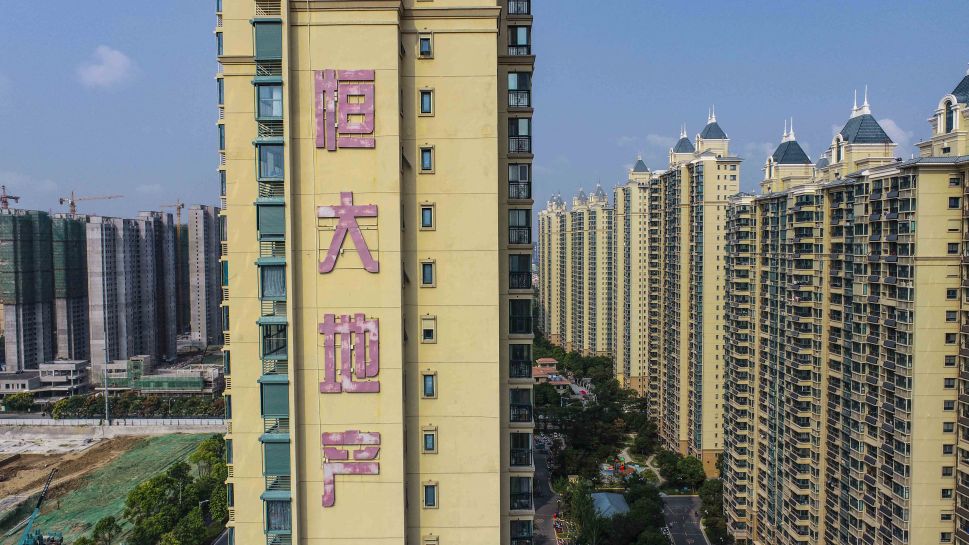