In 2019, reporters Nina Martin of ProPublica and Julia Belluz of Vox spent eight months investigating maternal mortality in the state of Texas. What they found was astounding — a health care system that, for women, was broken at nearly every turn. Their article, titled The Extraordinary Danger of Being Pregnant and Uninsured in Texas, illuminated the real world consequences of policies that have resulted in the largest number of uninsured women of reproductive age in the United States. Martin’s previous reporting on maternal mortality in the U.S. led to policy changes at the state and federal level and was a finalist for the Pulitzer Prize for Explanatory Reporting; she is now features editor at Reveal.

The Observer reached out to Martin to ask what those women, and all Texans, are facing as the anti-abortion law takes effect.

You and your reporting partner Julia Belluz spent 8 months in 2019 looking at maternal mortality in Texas, and concluded that it was extraordinarily dangerous to be pregnant and uninsured in that state. Why is that?
The really important thing to understand about Texas is that it has the highest rates of uninsurance in the country. Right before the pandemic one-in-six Texans had no health insurance. That’s just over 5 million people. That’s one-sixth of all uninsured Americans, which is more than the entire population of Louisiana, which is right next door. And the numbers for women are even worse. Texas has the highest rate of uninsured women of reproductive age in the country. A third of women of reproductive age [in Texas] did not have insurance in 2018.

Let’s talk for a moment about why so many Texans are uninsured. You found that the cost burden is significantly higher than in other places. Why is it so extraordinarily expensive to be insured in Texas?
Texas is a state that does not have great protections for workers’ rights. Many companies don’t offer insurance—especially if they’re smaller companies—they don’t offer it, or the plans that they offer are extremely expensive. And so a lot of people, especially women, work in part-time jobs, low-wage jobs that don’t offer insurance. All of these factors together combine to make insurance extremely unaffordable in Texas, even for people that you would think it would be affordable.

A study a few years ago by the Commonwealth Fund found that Texans have among the highest cost burdens in the U.S. for insurance, spending 12% or more of their income every year on premiums and deductibles. And for many families, that’s just out of reach. Teachers, people who work full time, who simply can’t afford it. We talked to a lot of people in the course of our reporting who paid $1,500 or $2,000 a month after taxes for medical insurance, plus big annual deductibles. It’s really shocking. And there’s been very little will among Texas policy makers to do anything about that.

People have talked a lot over the last few years about Medicaid expansion and Texas is one of the states that hasn’t accepted the Medicaid expansion under the Affordable Care Act. But what people may not realize about Texas is that it has the stingiest eligibility levels for regular Medicaid.

In Texas, people who don’t have children or are not disabled can’t receive Medicaid, no matter how poor they are. If they do qualify for Medicaid, they only qualify if they earn the equivalent of 17% of the federal poverty level or less. So for a single mother with two children, that means that they can only earn $230 a month. That’s so little that a woman could work 11 hours a week at a minimum wage job, and she’d still make too much to qualify. Every other state allows a larger portion of its residents to receive benefits. What that means is that women don’t have insurance for most of their lives.

In some counties in Texas, mainly along the Mexican border, the number of women who are uninsured approaches 40%. Those gaps are incredibly important for women across the whole course of their lifespans. It has incredible implications, not just for them, but for their babies, for their families. Texas has very high rates of maternal mortality and especially maternal mortality in the period after women give birth, the postpartum period. The rates of maternal deaths from complications of childbirth are just through the roof.

According to your reporting, Texas seems uniquely terrible at providing timely prenatal care. Is this fixable? What is going on here?
In 2011 and 2012 the legislature in Texas basically started on a path where they blew up their family planning system because they didn’t want Planned Parenthood to get any money. And that meant that there were a lot of clinics that ended up closing, not just clinics that were providing abortions, but clinics that were providing basic gynecological care including contraception. So another problem that you have in Texas is that women who are uninsured have very low access to contraception. Unplanned pregnancy is extremely common in Texas.

Because so many pregnancies are unplanned, women are pregnant for weeks or for months, and they don’t know it. And when I say months, I mean that quite literally, Texas has very high rates of women who are not finding out that they’re pregnant until their second or third month of pregnancy. Texas has one of the the worst rates of women getting prenatal care in the first trimester in the country. And that is because women don’t have insurance for contraception. They don’t have insurance to go to the doctor to find out whether they’re pregnant.

All of this is just a nightmare for women in general, but especially in the context of the law that has now taken effect. I mean, literally most women, not just in Texas, but around the country, wouldn’t even know they were pregnant at six weeks gestation. They simply wouldn’t know it. And in Texas, they’re much less likely to know than they are in other parts of the country.

In Texas, you can’t qualify for Medicaid until you have proof of pregnancy. And you may not know that you’re pregnant until your second or third month, and then you may have difficulty getting a test and filling out the paperwork to prove that you’re pregnant, and then there’s a lag time to qualify. It’s really not at all uncommon for women not to begin their prenatal care until their second trimester. About a fifth of all women who give birth in the state don’t see a doctor or a midwife until the second trimester. According to the CDC, another one-in-10 women don’t start until the third trimester or receive any pregnancy care at all.

A lot of times when people think about this they assume it’s people who are trying to stay out of the system. It might be undocumented women. It might be women who have some reason to fear going to the doctor, perhaps they’ve been using drugs. And they’re worried about getting drug tested and about having their baby taken away from them. That’s not who we’re talking about. We’re just talking about normal people who have difficulty signing up for Medicaid, signing up for their insurance. They can’t afford the cost of prenatal care which could be several hundred dollars for for a test, or a hundred dollars for a visit. So they delay care until they’re sure they have their insurance.

Texas could do something about that. It can do what other states have done, including a lot of its neighboring states, which is to pre-qualify women. In Oklahoma, for example, a hundred percent of applications by pregnant women for Medicaid are approved instantly. And then income is verified after enrollment. Forty-five states and the District of Columbia consider applications for Medicaid within the first 24 hours.

The U.S. is already the worst place to be pregnant in the developed world and it’s only getting worse. The CDC released some truly astounding data on racial disparities in pregnancy mortality. The agency claims to have no answer for the disparities or the downward trend. What’s really going on?
It’s true. That there’s a lot about maternal mortality and maternal health that has been incredibly understudied by the CDC as well as by researchers and private institutions more broadly. It’s true that some of the reasons for racial disparities are not fully understood. However, there’s no question that the disparities in maternal mortality and maternal outcomes are particularly bad for for Black women in the U.S. It’s surprising to many people that in many parts of the country that’s not true for Latinas. In fact, in some parts of the country, and Texas is one of them, Latinas have often done better in their maternal outcomes than white women and certainly than Black women.

What’s going on there has not been fully studied, and is not fully understood, in large part because we don’t really study pregnant women and maternal issues very much at all in this country. We just don’t really care that much.

I do think that if you talk to any expert, they will tell you that there are many factors that help explain why Black women in particular have much worse outcomes. Systemic racism at the institutional level, at the policy level, at the at the individual level is an incredibly important factor in high rates of pre-existing conditions that make pregnancy much more complicated. Some of that is related to the weathering of the body caused by stress, discrimination and racism.

I think there was a hope a few years ago or in the last couple of years as maternal mortality and maternal health more broadly became topics that finally made it out of public health-world chatter and into the larger public consciousness, that there would be improvements. And that those improvements would be felt most strongly by women of color, by Black women, by Brown women. And the thing that happened was COVID, and it really was a huge setback. Now in Texas with this new law taking effect, a wave of anti-women’s health laws that we were expecting to take effect next year, or the year after, are probably going to be pushed forward right now in the middle of a pandemic, in the middle of hurricane season, as women are losing their homes to eviction, as they are struggling to raise their children, educate their children and keep their children safe.

It’s like nothing I’ve ever seen or experienced in many years of being alive and covering this issue. And I have to say it’s so much worse than I could ever have imagined it would be for women in Texas. I thought it was really bad two years ago, and it’s going to get worse before it gets better. 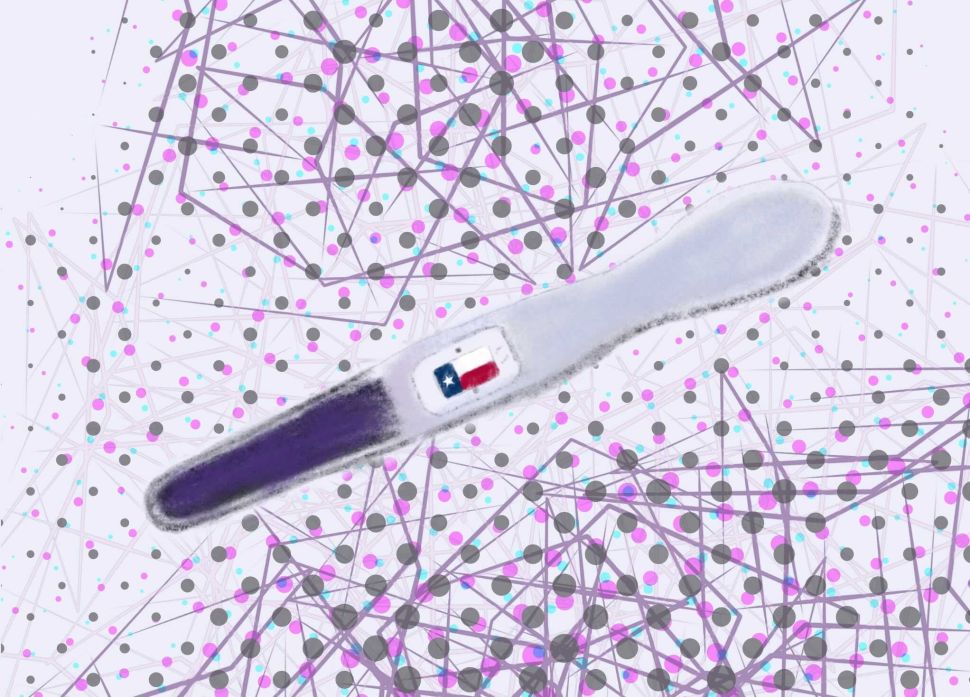