Fresh off a successful auction at Christie’s and a sold-out show at the Ross-Sutton Gallery, artist Khari Turner unveiled five new paintings at restaurant-cum-gallery, Frevo, earlier this month. The show, “Saving Room 4 More,” which will be on display until November 30, has been curated by gallerist and art advisor Destinee Ross-Sutton, in Frevo’s first Art Curator Series. The paintings were made for the restaurant, and the artwork, set menu, and wine pairings are meant to be experienced fluidly, with the textures and colors of the paintings mimicking the dishes on the tasting menu.

“I’m excited to partner with Frevo and Khari Turner to create an occasion of immersion into a beautiful culinary and visually artistic experience,” Ross-Sutton states in the show’s press release. “Culinary is dear to me; this meeting of the minds is a deep dive into what it truly means to be creative.”

The fourteen-seat restaurant itself is located, speakeasy-style, behind a hidden door in an unassuming-looking art gallery on West 8th Street. Its plain glass façade and striking white interior bring a little SoHo glamor to one of the West Village’s grittiest and busiest corners. The location is a far cry from the high end quiet of the Ross-Sutton Gallery on Wooster Street. Four out of five of Turner’s paintings are located in the gallery and can be seen in full from the sidewalk. It is, perhaps, an enviable location for any artist, given the parade of students and commuters perpetually hoofing it to and from NYU and the West 4th Street subway station.

Turner’s new paintings, which he made specifically for Frevo, continue a series of works in which he paints with literal ocean, river, and lake from bodies of with a connection to Black history. He likewise combines abstract painting with realistically painted Black figures. The work, according to the artist’s website, links him with his ancestors through their spiritual and historical connection to bodies of . A standout painting from the Frevo show is “Catching a Breath in a Wisp:” an elegant study in and granular whites. The subject, a Black woman in a foamy white dress, falls backwards in a weightless space. A blue dot pulsing high above the figure’s lips pulls the movement of the painting up. The work (which has been hung on the hidden door into the restaurant) appears to float above the gleaming white gallery floor.

Turner’s new paintings present a harmonious parallel to the cuisine at Frevo, which juxtaposes subtly different flavors and textures, in foams, mousses, and delicate ornamentation, with light, mostly aquatic, proteins. Turner’s textured paintings, according to Frevo’s press release, mimic “all the variations used to enhance each dish, including foam, froth, whipped, smooth, crunchy, and thick.” Like Turner’s paintings, Brazilian chef Franco Sampogna’s cooking contain a complex vision in a concentrated space. The octopus with lardo, chorizo, and red pepper, served at the center of the tasting menu with a crunchy Rioja, acts as a poignant Iberian contrast to the preceding abstract dishes. Like Turner’s paintings, the food at Frevo is playful and conveys skill and self-awareness. It is savvy and ambitious. It knows its audience.

Its name, Frevo, comes from a Portuguese verb that means “to boil,” and refers to an ecstatic type of Carnival music and dance. A true New Yorker (the restaurant is wedged into the street on the site of a former panini spot) Frevo concentrates a rich sliver of culture into a small space. The restaurant itself isn’t very Carnival-like. Instead, the long, hushed room behind the gallery feels a bit like the dining car aboard a Eurostar train when it goes through a tunnel. Inside, you are taken on a journey through someplace deep and cavernous. The riotous colors and ecstatic flourishes of Khari Turner’s paintings, however, more than make up for the restaurant’s solemnity.

The linking of high-end contemporary cuisine with contemporary art seems like an obvious evolution, with only space logistics preventing the arrangement at Frevo from becoming more widespread. As both the art market and the restaurant scene come back to life post-reopening, and gallerists and restaurateurs innovate to make up for income lost during the lockdown, we may see more such hybrid spaces popping up in big cities. In this way, Frevo seems like a glimpse into the new Manhattan that may emerge post-pandemic. 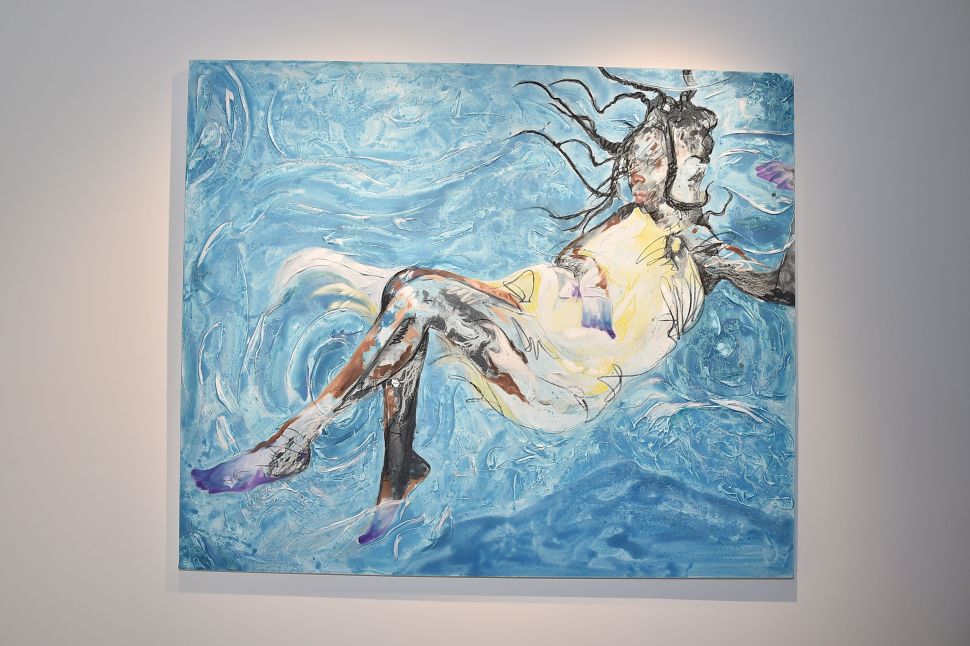