A persistent global shortage of semiconductors since last year is plaguing the automobile industry high and low, forcing carmakers to keep cutting back on production and delay major model releases.

General Motors said Thursday it will halt production at nearly all North American plants starting Monday due to the the pandemic’s impact on chip manufacturing overseas. The only facilities that will remain open next week include Michigan’s Flint Assembly and parts of Lansing Grand River Assembly, as well as Arlington Assembly in Texas and Bowling Green Assembly in Kentucky.

Vehicles impacted by the new production cuts include Chevrolet and GMC midsize pickups and vans, which are made in Missouri, the Chevrolet Trailblazer in Mexico, and many crossover models made across North America.

“COVID is driving supply constraints in countries that produce semiconductor chips,” GM spokesman Dan Flores said in a statement Thursday. “Although the situation remains complex and very fluid, we remain confident in our team’s ability to continue finding creative solutions to minimize the impact on our highest-demand and capacity-constrained vehicles.”

The chip shortage is also weighing down production of high-end, niche cars. On Wednesday, Elon Musk confirmed on Twitter that delivery of Tesla’s highly anticipated sports car, Roadster, had been delayed to 2023.

“2021 has been the year of super crazy supply chain shortages, so it wouldn’t matter if we had 17 new products, as none would ship,” Musk tweeted in response to a follower asking for an update.

Priced at $200,000, Roadster is Tesla’s concept model powered by the company’s latest technology. Musk has said the fastest version of Roadster can accelerate from 0 mph to 60 mph in just 1.1 seconds. The car will be powered by a “SpaceX rocket thruster”—in other words, a rocket car.

The acceleration will be so intense that the car will actually “fly a little.” “I always laughed at flying cars and now making one,” Musk tweeted in May.

A prototype of Roadster is currently on display at the Peterson Automotive Museum in Los Angeles. Tesla originally aimed a delivery date last year. With the auto industry now expecting the chip shortage to linger into 2022, “new Roadster should ship in 2023,” Musk said Wednesday, “assuming 2022 is not mega drama.” 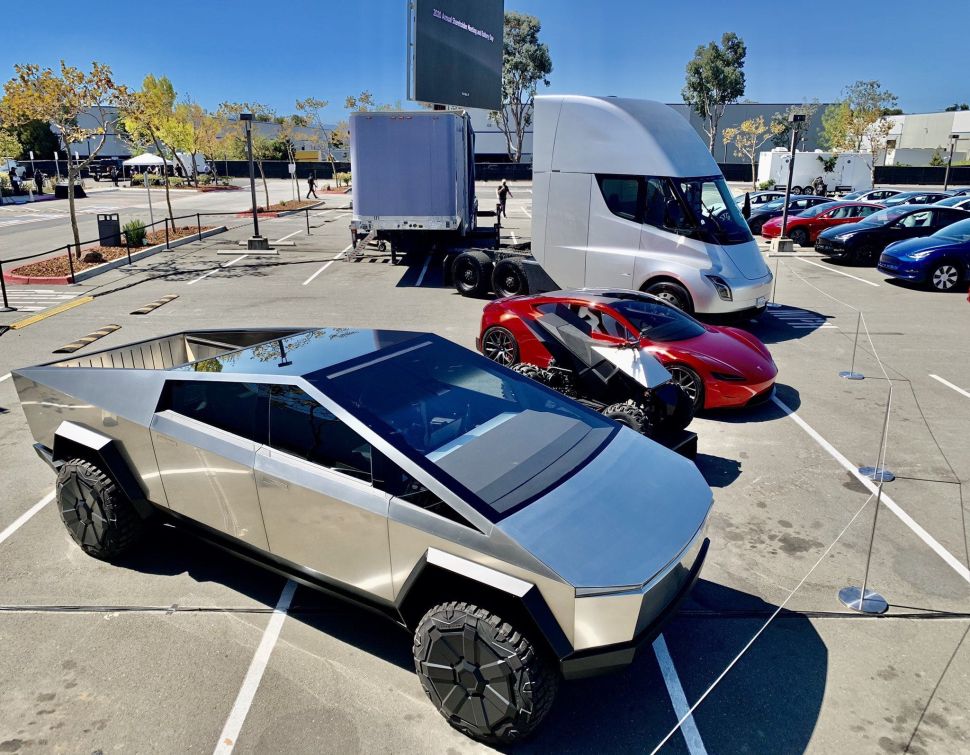