In 1973, Ingmar Bergman’s miniseries Scenes From a Marriage shook the director’s home country of Sweden and went on to become a global sensation, eventually winning the Golden Globe Award for Best Foreign Language Film. At the time, the story, about a married couple whose relationship falls apart after the husband is unfaithful, felt revolutionary since divorce was less commonly discussed, especially in pop culture. The subject takes on a very different sensibility when tackled now, as seen in HBO’s new remake of the series.

Developed, written and directed by Hagai Levi, known for his work on In Treatment and The Affair, Scenes From a Marriage becomes an unflinching look at the ways in which we can hurt our partner and how that’s reflected in modern times. The five-episode series—condensed from Bergman’s six episodes—stars Oscar Isaac and Jessica Chastain as Jonathan and Mira, a couple whose marriage disintegrated over several distinct time periods in the relationship. Levi decided to gender swap the roles from Bergman’s version, with Mira now the one who shakes up the marriage.

“The story is just reversed,” Levi explains, speaking to Observer over Zoom from Rome. “The first episode is still a little bit playing with it. But from the second episode it’s totally swapped. Sometimes it’s the same dialogue read in reverse.”

Levi, who recently premiered Scenes From a Marriage at the Venice Film Festival, spoke with Observer about how Bergman’s son Daniel approach him to remake the iconic story and the many challenges that came along with that. He also explains why the viral video of Isaac smelling Chastain’s arm on the red carpet last week shouldn’t surprise us at all.

Observer: How were you initially approached about remaking Scenes From a Marriage?
Levi: I was approached by Ingmar Bergman’s son, who watched In Treatment. That was, I think, around eight years ago. He thought that I could be the right person to do this remake. He was thinking about it for some years and had some motives about that, and he thought I could do it. It’s a very tricky thing because a remake is something very specific. I didn’t want to do something like “inspired by” or “loosely based on.” I wanted to do a remake that was, in a way, like they do in theater. Like they take Shakespeare and do it again and again and again, and every time they have a different approach.

It is! And the other tricky thing was I needed to create a show for both audiences. For the 95 percent of people who never watched the original and for those five percent who really loved the original.

Was it a challenge to bring the story to present day without losing some of that classic feeling?

[In the original], they are very innocent. They are very unaware of the idea of separation and divorce, so all of their conversations are pretty innocent. It’s like they discover something very big and new, that the bourgeois life of marriage is something that can kill love. And today it’s a very common idea. Every other couple is getting divorce. So the main challenge was how to continue talking about those topics, but with some awareness of what’s going on. This is what I tried to do, here and there.

For me it’s actually more interesting and more new to speak about the price of divorce, than about the price of marriage. You speak about how hard it is to stay in monogamy. People find all these solutions and most people just get some kind of separation. And I don’t think they speak enough about how painful and traumatic it is to separate and to get divorced. That was something I wanted to say in a reaction to how it’s usually presented.

How long ago did you begin writing the scripts?

Well, I wrote the first pilot four or five years ago, but I didn’t like it. It was too close to the original and I didn’t feel, again, that I had cracked something. When I started to really work on it it was less than two years ago—I think December of 2019. I went to the States with the first episode last February, just a minute before the pandemic, and we sold it. Although the whole world went crazy we shot it the same time we wanted to and had planned to do it, which was the fall after. So I wrote through the pandemic and then when it was safe enough to open and start production we started shooting.

We were very lucky. We were, I think, one of the first productions to go back in America. We started in mid-August with preproduction. I think it helped that it’s a very small production. No extras. Not a lot of actors. Not a lot of locations. It was a sort of COVID-friendly production.

Did you pull things from the original series for your scripts?

Yeah. Whenever I had specific, very good lines I wanted to keep them. I found a way to insert them. But the series itself, although it’s rewritten from scratch, has the same kind of flow. It’s the same flow of the scenes. What makes a difference is the gender, the backgrounds—a lot of things. But I wanted to keep the original structure of everything.

A lot of the scenes feel very claustrophobic, like the viewer is in the middle of the conflict with the actors. Was that intentional?

Originally, it was between four walls all the time. So that was something I didn’t want to change. And actually I opened it up a little bit. You see more of the outside. It’s more spacious rooms. So yeah there is a claustrophobia to it, but I like it that way. That is the way I like to work. A lot of what I did in the past has the same quality, the same feeling. But yeah it’s not easy. It’s very intense.

How did you create that intensity of emotion on set?

We had a month and a half of rehearsal, which is very, very rare in television. It’s closer to theater. We had a lot of time to discuss the characters, to discuss the scenes, to rewrite a lot during rehearsals. There wasn’t a single moment on the show that we didn’t rehearse a lot. I was very lucky to get that.

And this is what [Jessica and Oscar] are. They are very devoted actors. When they get into a character they just do everything, and my job was to give them a safe space to try things and to do it. The fact that they knew each other very well helped, as well, and that chemistry between them. They were in those characters between the scenes, between the shooting days. It wasn’t easy for them. It took some time to recover, for all of us. And in the midst of COVID, where you don’t meet people and you don’t go out a lot, that was like a different planet that we were in.

What was your reaction to the viral video of Oscar and Jessica on the red carpet in Venice?

It wasn’t that funny [to me] because I know the dynamic between them! They play a lot. It was just another beautiful game that they did.

In writing the series, how did you ensure that both characters have equal weight and neither feels like the villain?

That was the problem in the original, in a way. In the original, the man is the villain. You don’t care about him. You actually despise him. He’s kind of an asshole. And it’s pretty clear that’s intentional. You care about a lot about the woman. So here that was my task. I don’t know how to make it any differently. Some people know how to write characters that they don’t like and that’s a good thing. But I cannot do that. It’s something I never knew how to do. I had to find a way into both of them in every episode and almost in every moment. That was the biggest challenge: How can you identify with this woman? How can you still sympathize with her and understand her? During the process, I spoke with 20 or 30 women all around me, letting them read what I had and I researched them about their life, asking “How do they feel?” And I hope I have achieved that kind of balance.

Did you bring any of your personal experiences into the characters?

Yes, of course. The interesting thing is that though it’s a remake of another show, it’s probably the most personal I’ve done. There’s a lot of me there. I went through divorce. My children went through it. I took a lot of my biography into Jonathan’s character—the Jewish background, the ex-religious background, the childhood.

Does it feel cathartic to see that play out on the screen?

I don’t know. You know how it is, you watch it first on the set and then you watch it hundreds of times in the editing room. So when you see it finally on the screen you just hope that the sound and the picture will be okay.

When you have a series that tackles such a huge themes like marriage, are you hoping to shed new light on the subject or ask new questions about it?

I think sometimes there is an unbearable lightness in getting divorced. In a way, yeah, it was about saying about the way consumer society encourages people to look for their freedom and look for self-actualization and replace things. You replace your iPhone and you replace your spouse. It’s like you consume more. I don’t think that this culture talks enough about the price of it. The emotional, physical, moral prices—there are a lot of prices to that. That I wanted to bring into the discussion a little bit.

Is the idea that this is a stand-alone series, or could there be more seasons?

I don’t know. Principally, it could be a format where you do a gay marriage and then an older couple’s marriage. You could play with it. But I don’t know. I’m not there yet. I just finished this one, you know? I haven’t still totally finished the last episode!

Scenes From a Marriage airs on HBO Sunday nights at 9pm ET. 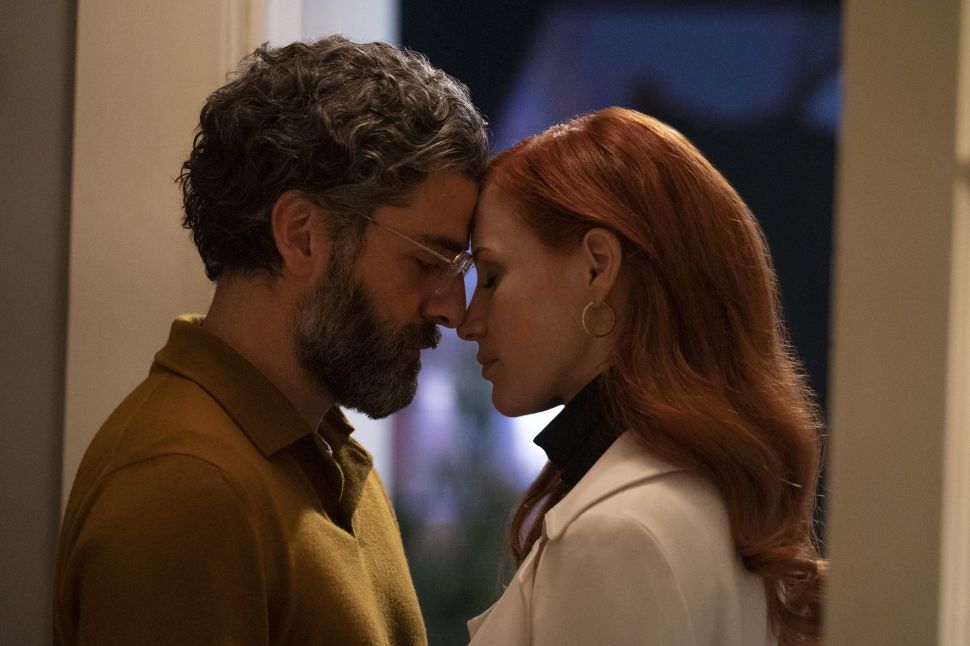