In the aftermath of new jurisdictions that have broadened the powers of Hong Kong police and allowed extraditions from Hong Kong to mainland China, yet more crackdowns against civil society groups have recently taken place: this week, authorities in Hong Kong raided the Tiananmen massacre museum and went about removing material from the institution. The authorities took this action a day after arresting four people who worked to run the museum; these four were also members of the Hong Kong Alliance in Support of Patriotic Democratic Movements of China civil society group. Arts institutions in Hong Kong have received renewed scrutiny in recent years.

In March, the long-awaited M+ museum in Hong Kong, which is set to open in November, was accused of violating Chinese national security law by pro-Beijing authority figures. Specifically, politicians focused their critiques on the M+ museum’s press preview, which included an Ai Weiwei artwork called Study of Perspective: Tiananmen Square (1997) that shows the artist flipping the bird in front of the square.

In response to the accusations, Henry Tang Ying-yen, the chairman of the West Kowloon Cultural District Authority, where the M+ museum is located, said that the district will be sure to “uphold the law, comply with the Basic Law, local laws, and the national security law.” Now, the M+ museum is set to opened as planned, but it will do so without featuring the 1997 Ai Weiwei photograph.

As for the Tiananmen massacre museum, it was shut down in June due to a police investigation: authorities were claiming that the institution was operating without a license. Three days before the shutdown, the museum had hosted a new exhibition that saw attendance in the hundreds.

Dominic Raab, the UK foreign secretary, said that the arrests of the four museum leaders represented “another chilling demonstration of how the national security law is being used by Beijing to dismantle civil society and stifle political dissent in Hong Kong.” 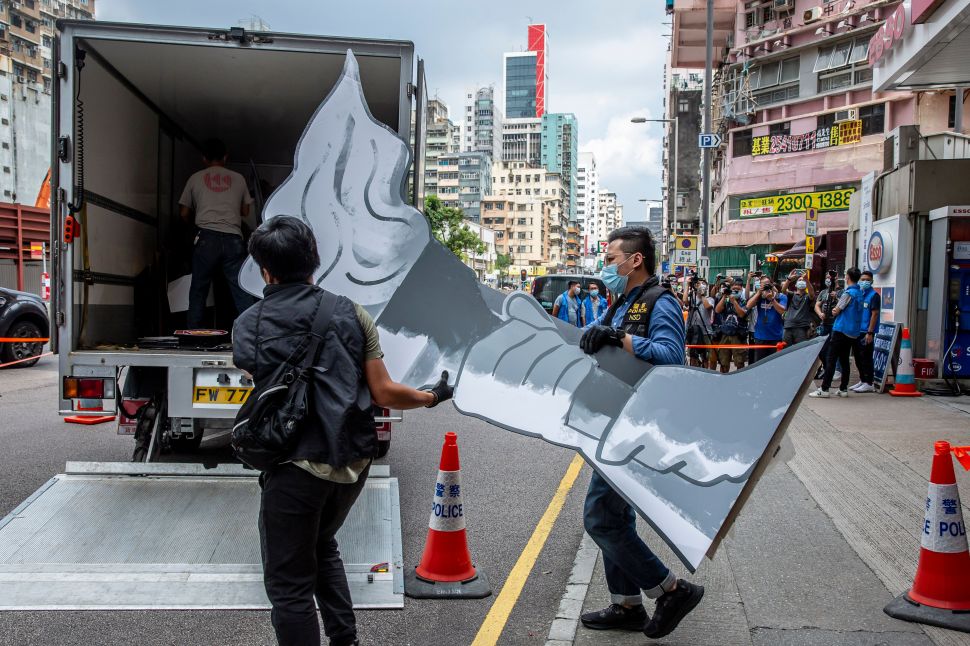