A new Andy Warhol exhibition is celebrating the artist’s never-before seen photography alongside some iconic favorites. Taking place at The Museum of Photography, Fotografiska New York, the exhibition opened on September 10 and runs through January 30 before traveling to Europe.

When people think of Warhol, they often think of his polaroid photographs; “Andy Warhol: Photo Factory,” however, features 124 works spanning the artist’s career, exploring six distinct areas of his film-based work and includes four films. According to the press release, the show offers an intimate visual diary of the artist’s life and work, with heavy documentation of his social circles including Halston, Diane von Furstenberg, and Gianni Versace, and day-to-day life in New York and at The Factory. It also includes rare photo studies that were integral to the process of some of his most famous silkscreen paintings.

The exhibition also features eight rare “stitched” photograph works that were hand-sewn by Warhol into quilt-like grids, which were made in the months before his death. ”People are always so fascinated and very surprised by them,” Amanda Hajjar said to Observer, who oversees curation for all of Fotografiska New York’s shows and was the one who initially guided the creative conceptualization of the exhibition, regarding the stitched works. “Actually seeing the texture to them, seeing how they were physically stitched together with a sewing machine. I think seeing that creative method really shows people what he was thinking in terms of the paintings.” There’s a sense of human touch to the work, giving viewers a personal connection to his creative practice.

For years, Warhol’s polaroids have captivated audiences. Why? “Polaroids are so nostalgic because they’re immediate. So you’re right there in the moment and you’re seeing exactly what he saw,” Hajjar explains. While they’re simple and straightforward, there’s a deep level of intimacy to the photographs, giving viewers a behind the scenes look at what was going on in his studio. “Understanding that these photographs are so important to his creative process, I think, is really special.” With the collages, viewers can see how he put things together and how his mind was working, which Hajjar says feels more personal than a painting.

But also, the experience of this exhibition is unlike any other Warhol exhibition through its design. “We really try to stay away from the white walls and the very traditional sort of white cube model,” says Hajjar. Instead, the museum has taken textures and themes directly from Warhol’s work, using color, aluminum foil, and wallpapers designed by and inspired by his drawings to create a totally new environment for Warhol’s work. Music has also been added, giving the works robust context while the exhibition programming is intentional. For example, an event on September 19 will explore his use of color. Other events include a drag show, and a performance by Greko and other musical guests.

“Warhol had a huge, charismatic personality,” reflects Hajjar. “We wanted to feature an iconic New York artist as New York is starting to get back on its feet from the pandemic.” In this way, figuring out how to speak to the local audience was a huge part of the exhibition. After all, no one is more iconic and New York than Warhol. But also, his work, particularly in this exhibition, encourages creativity and experimentation. “His photography was really about trying things.” While most people might think of Warhol’s paintings and silkscreens as his most important work, the exhibition succeeds in elevating the breadth of his photographs and how prolific he was as a photographer.

With a fresh perspective of such an icon’s work, “Andy Warhol: Photo Factory” offers a whole new way of experiencing the famed artist’s work. 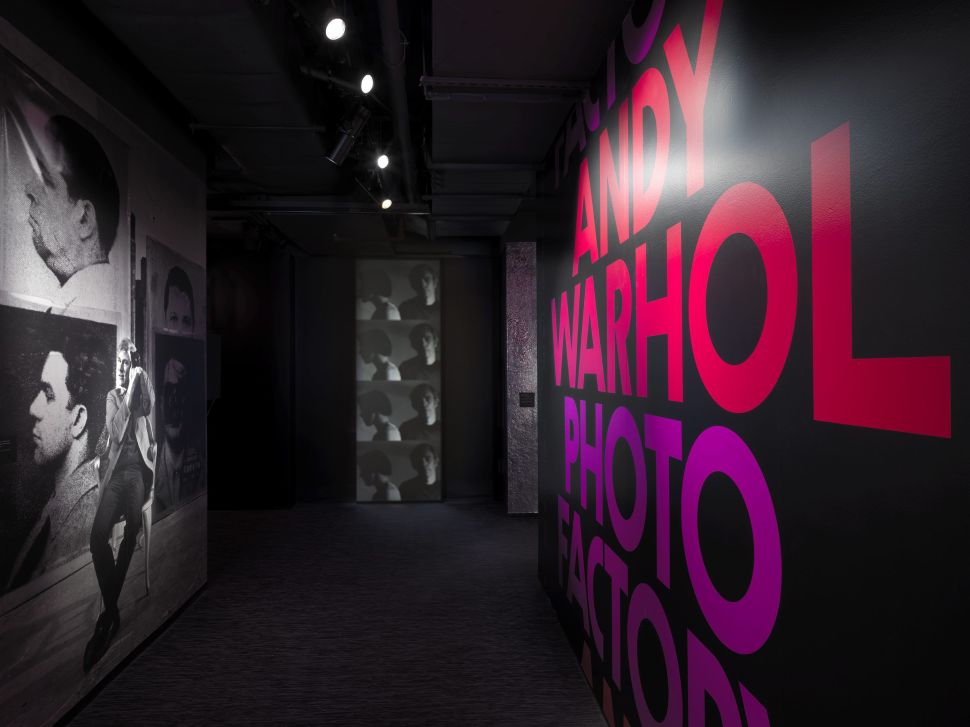