Development hell has almost become a badge of honor in Hollywood these days. The Sisyphean attempt to rescue a high-concept project from a purgatorial existence is arguably both a creative’s dream and nightmare. Such is the case for FX on Hulu’s Y: The Last Man, an adaptation of Brian K. Vaughan and Pia Guerra’s beloved comic book series of the same name.

FX began developing the show back in 2015 with Michael Green later coming on board as showrunner. But movement was slow. A pilot order didn’t come down until 2018 with Green and Aïda Mashaka Croal serving as co-showrunners, and a series order didn’t arrive until a year later. In April 2019, Green and Croal exited the series due to creative differences and Eliza Clark (The Killing, Animal Kingdom) was tapped to takeover. Finally, after more than a half decade of uncertainty and rising audience anxiety, Y: The Last Man premieres tonight.

Clark was well-aware of the Herculean task ahead of her when she signed on board. In speaking with Observer, she revealed how she designed a fresh start for the series, how her love of the comics enabled her to tell a familiar but new story, and why the female gaze is so important.

Observer: Y: The Last Man has been in some form of development for quite a long time. What would you say to any fans who still have some reservations after all the false starts?
Clark: I think one of the things that I love as a fan is that I don’t want to watch the thing that I love just be translated one-to-one, because then you know everything that’s going to happen next. But, one of things that’s so beautiful about the comic book is that it has this kind of meta quality, and it’s in conversation with other movies and books. I’ll just say, I think our adaptation is in conversation with the book in ways I think fans will notice, that people who aren’t fans of the book won’t necessarily, but I think is really fun. So I’m excited for people who love the book to see it; I’m one of those people.

What were the major factors you had to consider coming into the development of this show at something of a midpoint as opposed to being there at the inception?
I’ve loved this book for 10 years, and when it was brought up to me, I totally wanted to do Y: The Last Man. But I wanted to do it my way. I wanted to do my version of it, and FX was excited about that. So we reshot the entire pilot and I did get a couple of really amazing actors who had already signed on. But in lots of ways I think they’re two separate adaptations. So that was good for me, because I had a strong point of view about the material.

You’ve mentioned in previous interviews as well that you had read the series a decade before you were hired. Did being a fan make it easier or more difficult to change certain elements when translating it to this new medium?
Yes and no, because I think that I was very lucky because Brian and Pia are super generous creators. Brian and I had a conversation and I think—you’d have to ask him—but I think that he felt like “Oh! She loves the book, so I can feel safe with her.” But he also said, “I wrote this when I was 25 years old, and I don’t remember the person I was then.” He basically said “go with God, and take this story and do what you want with it.” So for me, that was really freeing. I wouldn’t say I strayed too heavily though, because there’s a lot of really rich questions being asked and the characters are so amazing. So I think fans of the book will like the series, but they will also be surprised by it in ways that are fun.

Now you are serving as a showrunner, writer, and executive producer. How does wearing all of those hats at once affect the mental math in your head when you’re thinking about the balance between the best possible series and delivering a commercial success?
I actually think it’s easier when you have more control. You have other people who worked with me, but I love the collaborative spirit of television. I love that it’s not just me writing it, that it’s a group of writers. And then it is a handful of talented directors and all of these artists I really relied on. It’s a huge world-building show, and there’s a sort of real diversity of gender and a real diversity of personalities and worlds that are being explored in this. I think if I only listened to myself, then it would be, you know, pretty small.

I’m glad you mentioned directors because the first season is directed entirely by women. How did that help the series carve out a perspective?
I didn’t necessarily set out to just have female directors, but I, but I was really thinking a lot about how I wanted the visual style of the show to be. Talking with our team about, for want of a better term, the female gaze. The majority of our cast are women, there are plenty of men and non-binary people in the show as well, but it’s majority female cast, and we’ve seen how female bodies have been photographed for a hundred years. We wanted to do something different and we felt that what that translated into was detail and subjectivity and point of view. These directors really could capture that spirit.

From the very first episode, I can’t take my eyes off of Ashley Romans, who plays Agent 355. What is she bringing to the table on set and how is she helping to shape the character?
Ashley, I think, is one of the most capable and deep and generous actors I’ve ever worked with. She’s performing most of her own stunts. She is a revelation to me. She’s brought so much to the character, and so much sort of humanity and depth, and vulnerability too. I think she does such an amazing job of being this kind of badass who you love to see kick ass but also letting us see the vulnerable sides of her, but not letting the other characters see it. You know, that’s a tough character to write because she’s so internal, like she really has a lot of walls up. But I think you really get inside of her head because she’s such a beautiful actress and she’s so capable with the camera. 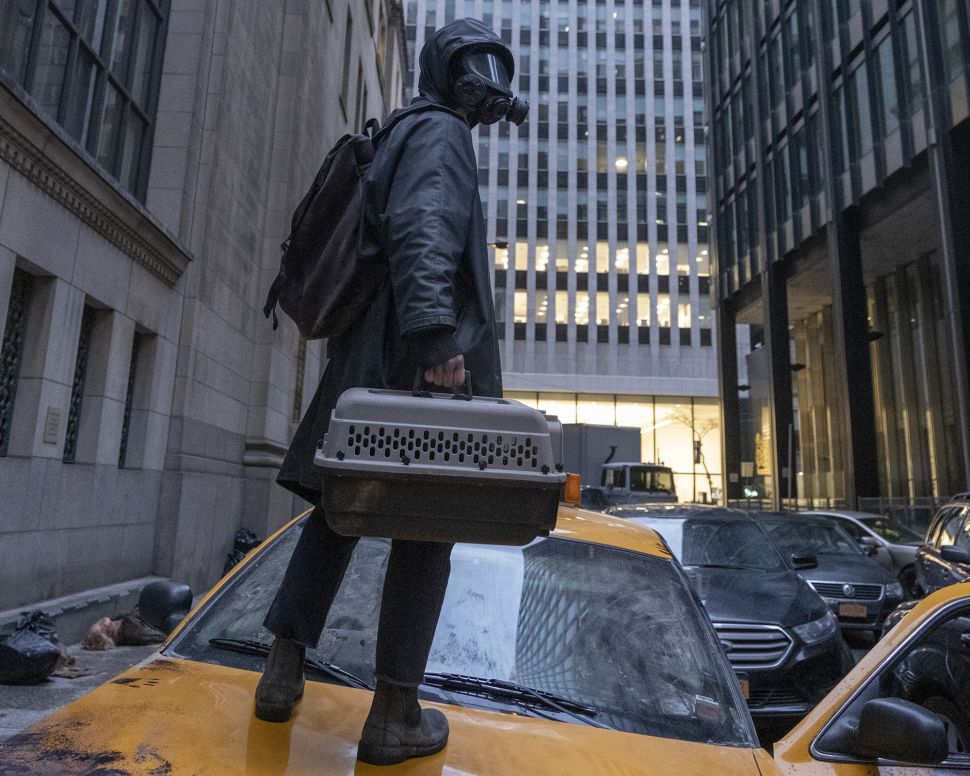