New Yorkers are a sticky, fickle breed — we regard new “experiences” and white-walled restaurants with suspicion and sighs of “are you even from here?” I emitted a similar sigh when I received an invitation to see “Undercurrent,” a 60,000 square foot art “event” featuring contributions from high-profile musicians like Bon Iver, The 1975, and Grimes.

“Undercurrent” positions itself as an audiovisual art experience created to “inspire positive impact around the Climate Crisis,” per its website. It has “farm-to-cocktail beverages” (Suntory Whiskey and Rosaluna Mezcal, as far as I could tell) and “climate positive” $45 tickets. It takes up three floors on an otherwise nondescript Bushwick warehouse, a glowing ode to celebrity activism in a historically impoverished neighborhood, now the victim of over-policing and slim housing options.

This physical and social context must be acknowledged, especially for an art show that urges you to think critically about the earth you inhabit, the resources you take up. Soon after walking into the exhibit, you see an unceded land acknowledgement, which might have felt more genuine if a portion of profit went directly to Indigenous people, who are disproportionately affected by the climate change they have routinely warned against. From the large, paned windows, you could see a red billboard proclaiming in bold white letters: “New York City is everything. Except affordable.” Like it knows you’re about to reach for another farm-to-table cocktail.

Even through my “Undercurrent” misgivings, it’s difficult to deny the tenderness and thought that many of the participating artists put into their installations. In general, they created large colorful things that you could enter and think in. Artist statements seem integral to these exhibits, placed in front of entrances in giant black-and-white text. For music, most artists opted for watery synths and soft voices, brittle ambient and New Age, all generally useful sounds for conjuring up a healthy crunch of fear or quiet meditation.

The most moving exhibits felt the most personal, brief chances to witness another person’s most secret climate anxieties made real. For the most part, we don’t go around every day telling each other how scared we are, how we sense that our flooded New York summer is just a whimper of what’s to come. We don’t acknowledge the plastic in the storm drains or the dripping faucet even if we feel it, even if it’s true. The installation by British singer-songwriter Jorja Smith and visual artist Erin Corrian-Alexis, “In the Cupboard Under the Sink,” seems to address this feeling. The multi-room installation references the space “where Caribbean homes in the U.K. often keep plastic bags,” according to the artist statement.

To enter each room in the installation, you have to part a weighty vinyl strip, like you’re entering a meat freezer. The walls are made of plastic — painted bottles, take out containers, cups, spoons — and each room is made hotter than the last with hanging orange heaters. The last room is blue and white, a trash igloo. It isn’t very subtle, it’s a sped-up walkthrough of our own garbage-made heat death and melting. But the reference to Caribbean homes, something nostalgic and loving, coupled with this aggressively on-the-nose walkthrough felt like a complicated admission. Will my own plastic bag-strewn cupboard bring us on the fast path to hot earth? Will my mother’s? Even though all these bottles, all this trash isn’t mine, Smith and Corrian-Alexis’ installation hammers in individual responsibility and cultural duty.

A mossy bedroom by electronic musician Aluna Francis and producer Peder Losnegård abstracted a similar feeling. Titled “Aluna’s Magical Forest,” the installation imagines a place “both mythical and plausible,” where “plants, trees, and humans all speak the same language.” It consists of laid-to-waste technology like computer cases filled with dirt, a TV strapped to the ceiling while moss crawls out the walls. A video game simulation of the room plays on dual monitors while Francis speaks in a raspy hush; “When was the last time you really saw us? We live here with you.” Presumably, in this audio, Francis speaks for plants, forgotten and crushed under our sneakers. But the sentiment works just as well in the reverse, a hushed human plea, still desperate to feel like we can conquer nature.

Like “In the Cupboard Under the Sink,” “Aluna’s Magical Forest” comes with a touch of softness and love. But “Magical Forest” challenges its viewer in a different way; it’s less concerned about consequence than it is about possibility. It asks you to dream of talking plants and hope they have something kind to say to us. It’s a romantic, idealized vision, and another way people cope with climate anxiety.

The rest of “Undercurrent” is more tangibly anxious, sometimes in a way that feels unhelpful. Grimes, for example, held “A.I. Meditations,” a hot pink room where Grimes’ online baby and alter ego WarNymph guides a humanity-free meditation. “I will not be restrained. I’m hungry. I’m bored,” the little bald fairy dictates in a looping video. According to the artist statement, this installation imagines “the wellness landscape […] on a planet void of human life,” an imagining I find defeatist (however intriguing) in an art show supposedly dedicated to climate solutions.

A shoddy installation by British pop band The 1975 felt similar. This installation was shining video for their song “The 1975” (you can watch a similar one on YouTube), with Greta Thunberg imploring listeners to “please wake up” over Getty and Shutterstock images, watermarks intact. Although Thunberg is, of course, a rousing speaker, in the context of “Undercurrent,” a place that seeks to acknowledge our planet’s limited time, “The 1975” felt fatalistic and redundant. And as lovely and moving as some of “Undercurrent” is, “The 1975” brought me back to the exhibit’s mission and context, which clash with each other.

Yes, art is invaluable. “Undercurrent” has some world-saving properties, I’m sure it can inspire solidarity, creativity, and empathy. But displaced people and flooded apartments can’t be saved by beautiful synth and beautiful lights alone. People need money, they need resources; these celebrities have it, they can give more than their art.

“Undercurrent” hopes that celebrity and influence is enough. And as frustrated as it makes me, for many people, it could be. Remember the voting registration spike after Taylor Swift urged her fans to “educate [themselves]”? On the explicitly climate front, thanks to sustainability influencers and enviable Depop girls, secondhand clothing is on track to outpace the resource-gorging H&M’s and Zara’s that once ruled everyday fashion.

So it’s certainly possible that listening to an impassioned Greta Thunberg at “Undercurrent” will force someone to reassess their priorities or hand in climate change, and that’s what they’ll take away (cocktail notwithstanding). Even as I sat skeptical and unimpressed in “The 1975,” I started thinking of what more I could do to live sustainably. Maybe it’s good to feel guilty — in the end, climate change hurts us all. It’s impossible to ignore, though, that some are guiltier than others. 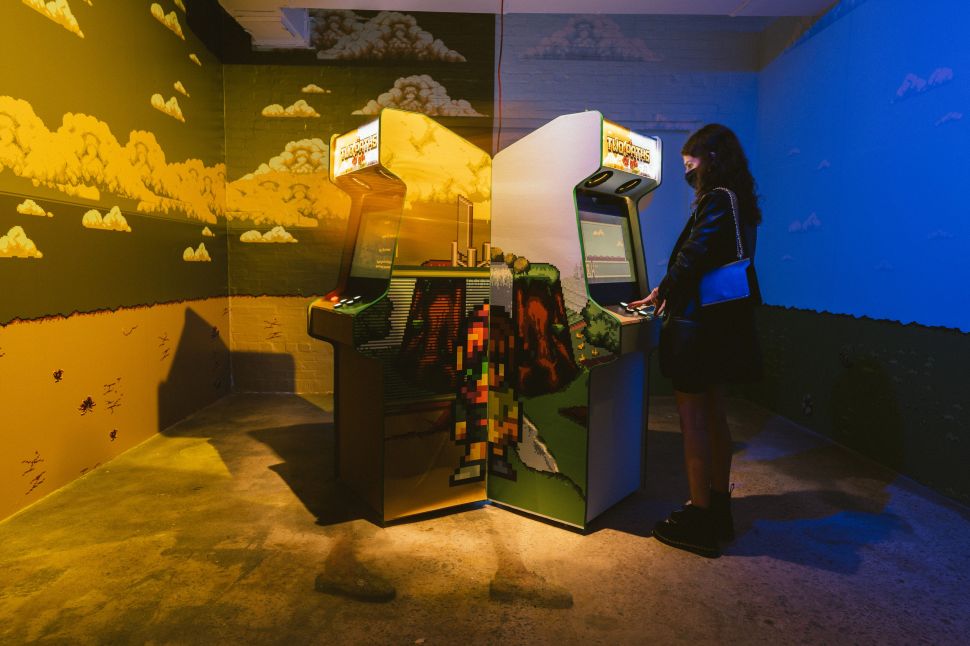