Model Karolina Kurkova is ready to part with her longtime Tribeca loft. The former Victoria’s Secret Angel has listed her extensively renovated 2,063-square-foot apartment at 92 Laight Street for sale, with a $4.7 million price tag attached.

Kurkova purchased the condo at the celeb-adored River Lofts building for $2.32 million in 2005, and subsequently completed a major redesign, including transforming the unit from a three-bedroom into its current two-bedroom, 2.5-bathroom layout.

The Czech supermodel recently welcomed her third child with husband Archie Drury, and the family subsequently decided that they’ve outgrown this particular New York apartment; they’re also spending the majority of their time in Miami, where they own a home on Fisher Island.

A large foyer leads into the loft, which is “perfect for showcasing art,” per the listing shared by Compass brokers Ruthie and Ethan Assouline. There’s also a custom cowhide wall, which is surely one of the more unique features of the abode.

The sleek all-white kitchen is equipped with custom cabinetry and Miele and Gaggenau appliances, as well as a breakfast bar against the wall, with barstool seating. A frosted glass panel separates the kitchen from the open living and dining area.

The roomy owner’s suite features custom millwork, a balcony and east-facing windows, as well as a big walk-in closet and a bathroom with a double vanity, soaking tub and separate glass-enclosed stall shower. It also has access to a large dressing room and office area, which was previously the third bedroom before Kurkova’s renovation.

Kurkova isn’t the only famous face to leave this particular Tribeca building behind in recent years; Meryl Street sold her River Lofts penthouse for $15.8 million in January 2020, while now-exes Gwyneth Paltrow and Chris Martin sold their own penthouse in the building for $10.73 million in 2017. 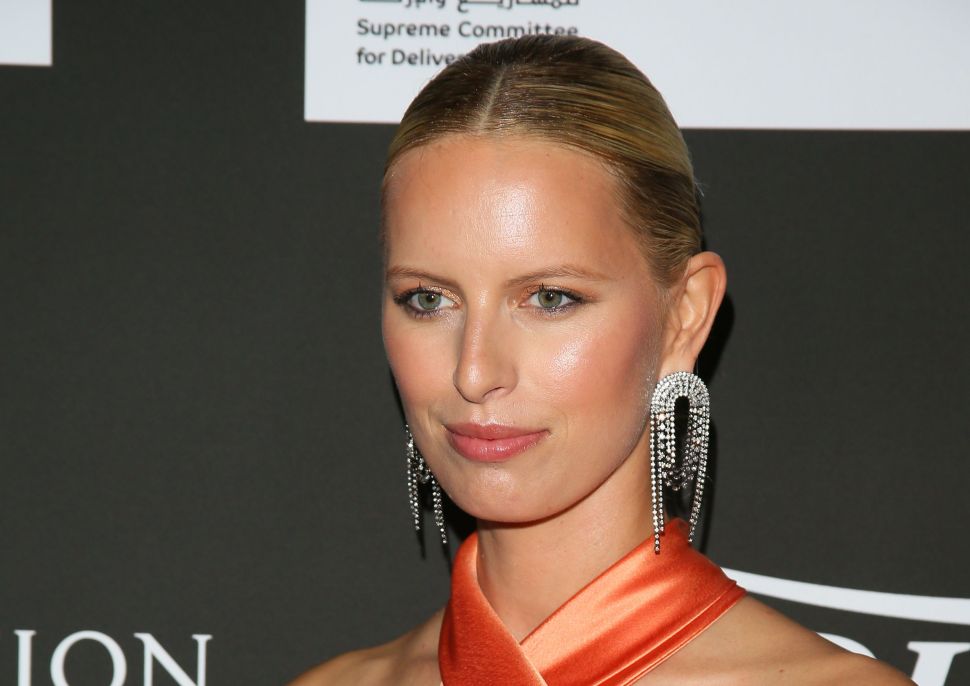