Summer vacation is coming to an end, even for the royals. Prince William and Kate Middleton have finally returned to London, after spending the past few months at their Norfolk country home, Anmer Hall, with Prince George, Princess Charlotte and Prince Louis.

The Duke and Duchess of Cambridge typically take on less official events and engagements during the summer, so that they can spend time with their children over the school break. The family spends most of the summer holiday at Anmer Hall, but they also went on a trip to one of their favorite locales, the Isles of Scilly in Cornwall, in July, and recently visited Queen Elizabeth at Balmoral Castle.

The Cambridges headed back to Kensington Palace this week, as Prince George and Princess Charlotte resumed classes at Thomas’s Battersea on Thursday, September 9. Prince Louis, who is enrolled at Willcocks Nursery School, also returned to preschool this week.

Prince William and Duchess Kate have already dived back into work, as today, the Duke of Cambridge marked Emergency Services Day in the U.K. with a visit to South London to see and and pay tribute to first responders, including firefighters at the Dockhead Fire Station.

While the Duke and Duchess of Cambridge always have a busy schedule starting in September, they are expected to take on even more responsibilities and duties in the coming year, as the 95-year-old Queen Elizabeth continues to scale back on public engagements and events.

The monarch, who is enjoying the last weeks of her summer vacation in the Scottish Highlands, won’t be moving back into Buckingham Palace anytime soon. The Queen relocated to Windsor Castle during the coronavirus pandemic, and she’s now made it her primary residence; she’ll likely only travel into London when necessary for official meetings and events.

Queen Elizabeth very well may be getting new neighbors soon, though, as Prince William and Duchess Kate are reportedly seriously considering a move to Windsor, in order to be closer to the monarch as well as to leave behind the “chaos” of London. 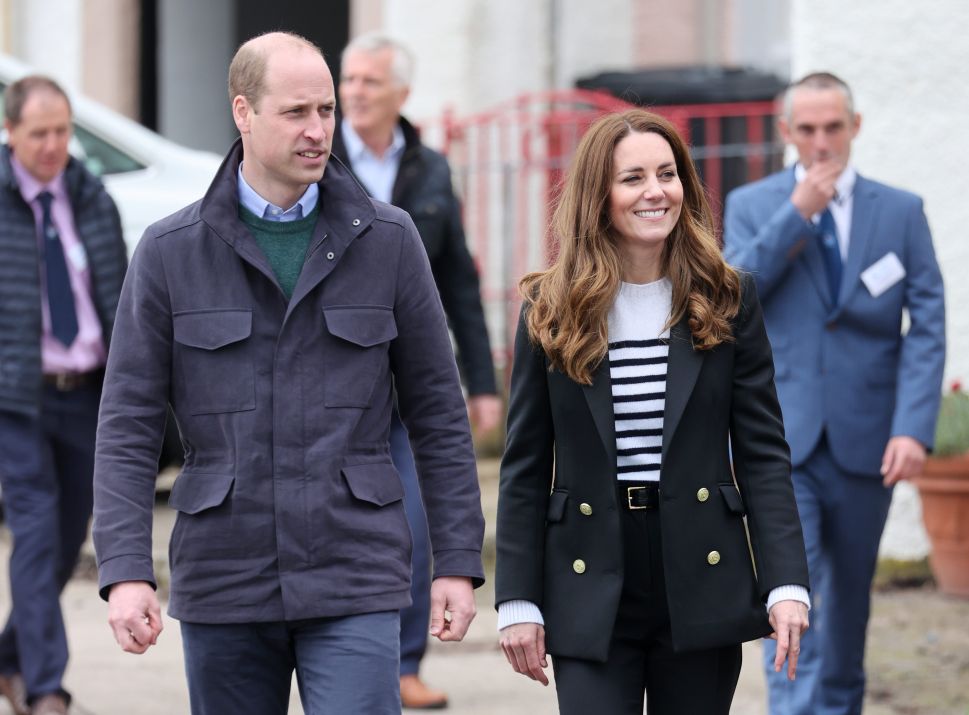