Kelly Clarkson is getting a fresh start this fall. Not only has the original American Idol recently been declared legally single amid her ongoing divorce from Brandon Blackstock, but she’s also finally parted ways with her Encino home.

Clarkson has been trying to sell the custom-built farmhouse-style abode since May 2020, shortly before it was revealed she had filed for divorce. She initially listed the home nearly $10 million, but ended up having to lower her expectations quite a bit, as the final sales price comes to $8.24 million.

That means the Voice coach accepted a loss from the $8.5 million she paid for the Los Angeles abode back in June 2018, but at least Clarkson managed to offload the eight-bedroom, 9.5-bathroom property.

The expansive 10,108-square-foot home, located in the Royal Oaks enclave, features high ceilings, exposed wood beams and sliding glass walls throughout. The kitchen is fitted with a La Cornue range and two dishwashers, with three islands, countertop seating and marble backsplash. It’s open to a living room with a fireplace and beamed ceilings.

The formal dining room is adjacent to a glass-enclosed wine room. There’s also a home theater and a private gym, per the listing shared by Compass brokers Chris Corkum and Lisa Brende.

The owner’s suite features high pitched beamed ceilings, a fireplace and a lounge area, as well as a private patio, a walk-in closet and an airy bathroom with tiled walls, a freestanding soaking tub and double vanities.

A two-story guest house is equipped with a full kitchen and two bathrooms. Outside, there’s a pool and spa, plus an area with a built-in lounge, fire pit and a kitchen with a pizza oven. There’s also a covered al fresco dining spot.

This isn’t the only home the Grammy-winning musician has parted ways with this year, as in June, she sold her Tennessee lake house for $6.3 million. Clarkson has already figured out her next home situation, though, as over the summer, she paid $5.4 million for a Colonial-style abode in Toluca Lake.

Clarkson isn’t the only famous face leaving the Royal Oaks neighborhood behind, as Joe Jonas and Sophie Turner recently sold their own Encino home, located in the very same exclusive enclave, for $15.2 million. 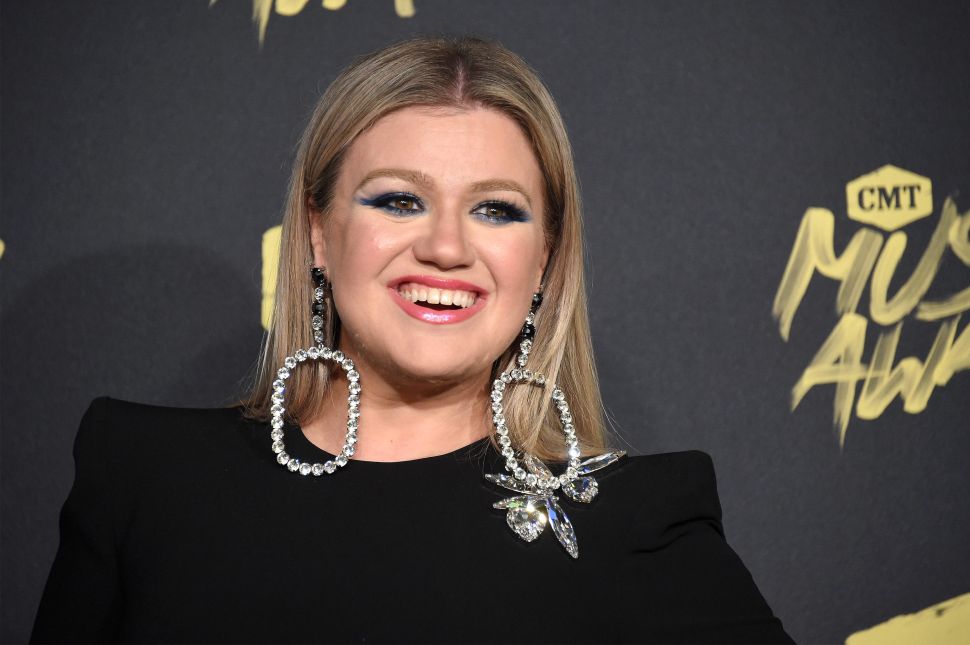