Kylie Jenner and Travis Scott’s onetime New York residence is up for grabs. The couple is primarily based in Los Angeles, but they’ve spent quite a bit of time on the East Coast over the past year, and while in the city, they’ve been staying in a sprawling townhouse rental in Greenwich Village.

Alas, it seems Jenner and Scott, who are expecting their second child together, have vacated the 8,757-square-foot abode, as it’s now listed for sale, with a hefty $26.5 million price tag attached.

The townhouse at 80 West Washington Place was originally built in 1839, and has been extensively renovated, with plenty of glass, steel, wood, brick and stone throughout.

The sleek kitchen, which was designed by Silvano Marchetto of the now-closed Da Silvano restaurant, is equipped with shiny new appliances, a lengthy island and breakfast bar seating. There’s also a dining room and a two-story living room, with a fireplace and lots of exposed brick.

The basement is comprised of a media room, an open butler’s kitchen and a glass-enclosed wine cellar, as well as a bar, tasting lounge and another formal dining room.

The owner’s suite occupies the entire fourth floor of the home, with a fireplace, dressing room and private terrace.

The home features one of the most coveted amenities in New York real estate, also known as private outdoor space. The townhouse contains three separate outdoor spaces, including a garden-level backyard with an hot tub, built-in Viking kitchen, teak cabana and al fresco dining area. There’s also a big terrace with a Jacuzzi on the fifth floor (the same level with a private spa) as well as a rooftop terrace with a grilling station and bar.

It’s not clear if Jenner and Scott have found their next New York home base just yet, but for now, they have plenty of space on the West Coast, where the Kylie Cosmetics mogul owns quite a few properties. Her main residence is a seven-bedroom Holmby Hills mansion, for which the reality television personality doled out $36.5 million in 2020. Scott also maintains a home in Los Angeles; he paid $23.5 million for a massive Brentwood mansion last year, and then scooped up the property next door for $5.8 million in July 2021. 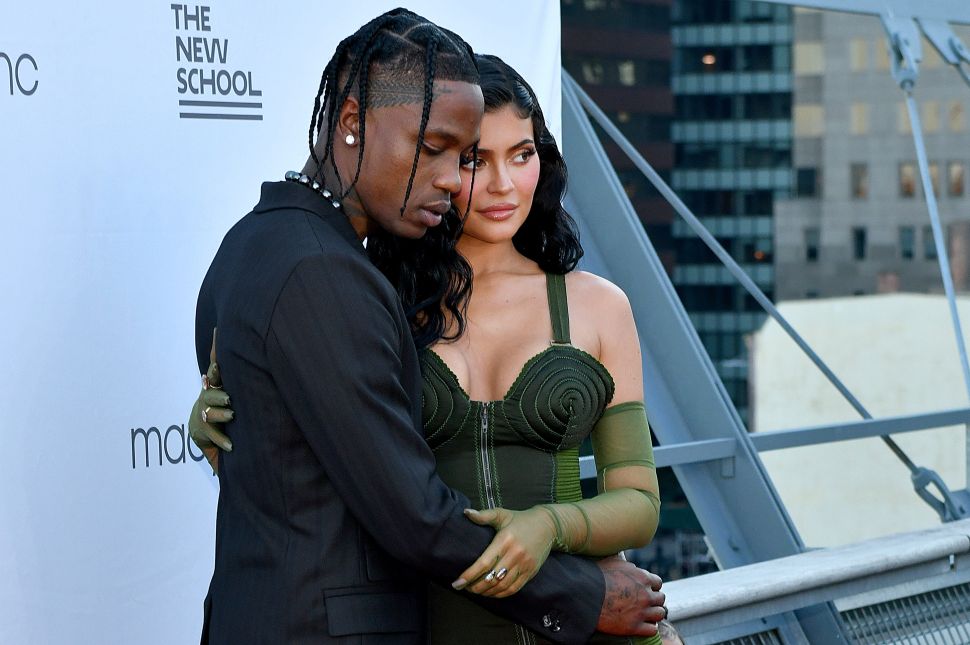