Lindsay Lohan, the eternal icon of early aughts Hollywood gossip and burnished glamour, has gotten involved in many different creative business projects over the years; the most notable, perhaps, is the nightclub she temporarily co-owned in Mykonos. Lately, however, she’s hitched her wagon to tech-centric pursuits: on Wednesday, Lohan announced that she’d be releasing a Furry NFT version of herself with the Canine Cartel collective on OpenSea. However, unlike many other celebrities who’ve hopped readily onto the NFT bandwagon as its picked up steam, Lohan is hardly new to the NFT craze. In February, Lohan sold her first Bitcoin “Lightning” NFT for $50,000, and she’s even gone on to release new music in NFT form.

It's official, I'm a Friend of The Cartel!! 🐶 It’s the first NFT the @CanineCartelNFT is minting for the collection and you've got a chance to own it!

Lohan’s canine NFT, however, certainly leaves much to be desired in the realm of aesthetics. “The forehead’s unsettling, the forehead to skull ratio’s too human,” @CreatureWife, an illustrator who makes Furry art, commented to Observer. “Where are the ears? What kinda furry doesn’t draw ears? That’s throwing me, that’s wrong. And the wraparounds on the torso seem haphazardly placed and don’t give me an idea of the torso’s shape.”

Artistic shortcomings notwithstanding, Lohan has been prescient about the rapid spread of NFTs throughout the entertainment industry. Earlier in September, the Larva Labs NFT CryptoPunks, Meebits and Autoglyphs even signed with United Talent Agency, which traditionally represents human professionals in film, television, music and digital media.

“It’s only a matter of time till everyone in Hollywood and beyond gets involved,” Lohan told Forbes in an interview that took place back in March. “Maybe we will see the tokenization of movies, and of how artists are paid for their films, music and art. I see a future where crypto, NFTs and blockchain will be the norm, rather than the exception.” 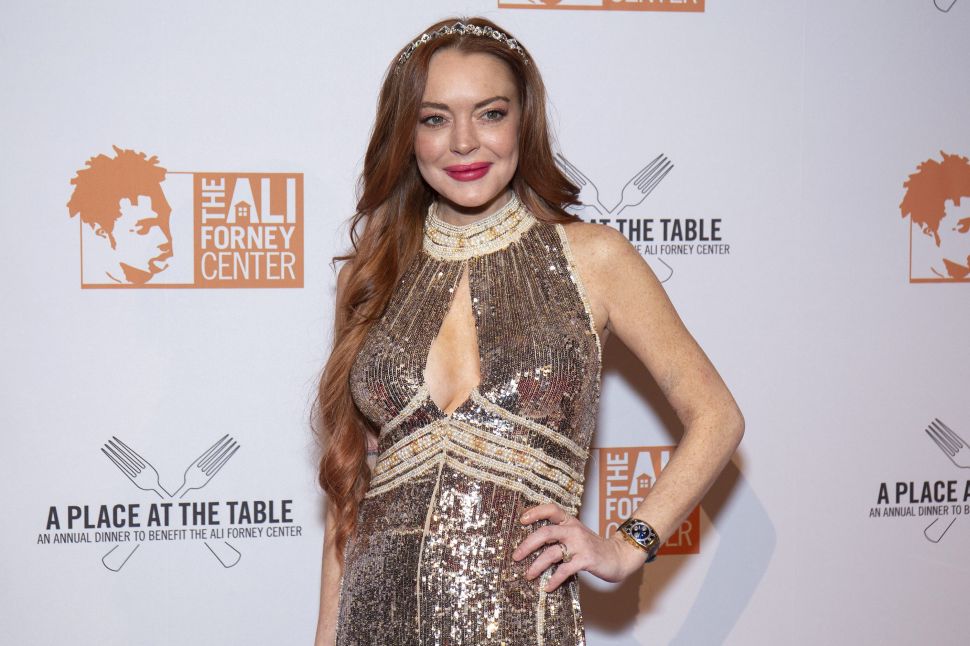