Sad girls need prayer too. Recently I asked a friend if they prayed for me. “I pray for people who’re suffering,” they replied. Caretaking is often troubled by the expectations we place on it. Traditions become haunting, desire becomes refracted and twisted by missed connections and unsent messages. I’ve felt like a Sally Rooney character at many points during my life, wondering why even when I have some agency, I ask to be hit or choose nonreciprocal romantic entanglements. What did it say about me that I craved to be treated poorly like Marianne or Frances? It can seem so boring, this desire for cruelty to feel fragile in the face of power and control. The abundance of novels about self-destructive white women is only growing by the day, women who set aside desire or optimism in favor of a sharp stoicism. Their power is as wounding to others as it is to themselves, though their projections are not always explored. They allow themselves a little misogyny as a treat.

At a certain point in Sally Rooney’s new novel, her autobiographical stand-in bemoans the fact that in public she advocates for care but in private has no one to care for. “In public I’m always talking about care ethics and the value of human community, but in my real life I don’t take on the work of caring for anyone except myself,” she explains in a long discursive email.

The arrival of a novel like Beautiful World, Where Are You is always followed by hot takes and attempts to piece together the autobiography embedded within such a book, though there doesn’t need to be too much digging this time. Sally Rooney writes about a famous writer named Alice, her best friend Eileen, and the two men they struggle to get off their minds. Her new novel tries to stake a claim on morality in the 21st century, mulling on the ethics of novels, Marxism, factory work, God, and the ever present idea of care. There’s a bit of a balancing act–one of the main characters is a publicly avowed Marxist and another is a practicing Catholic. A Christian novel by one of our millennials would’ve been an interesting move, but God serves more as a background to the self-deprecating women who struggle to ask or get what they want. Fair enough, I admit it’d be nice if God could fade a little bit more to the background sometimes.

Alice and Eileen, best friends from college with a strained relationship, email each other in rhapsodies about the world as they know it. Instagram and Trump live neatly in this Rooney novel, whereas before time was more or less a distraction. Once again writers stand in for intellectual arguments, but here there is a slight nodding glimmer to them. Rilke, Baldwin, and Lorde all make appearances as political pawns in our narrator’s games about what to do and believe in the end.

Characters often make remarks about their own personal troubles as it stands against political turmoil. “Not that I’m comparing my dissatisfaction to the misery of actually oppressed peoples, I just mean that the lifestyle they sustain for us is not even satisfying, in my opinion,” one character states. Moments like this make theoretical discussions of “oppressed peoples” seem gauche and self-indulgent. In a recent interview Rooney claimed the line between abuse, harm, and trauma is a theme running throughout this book. While there are moments that discuss what it means to be a good person, it feels like an unexplored road for Rooney considering how religious her Marxism can feel. In some ways, this seems to be the point of the novel, a hymnal of anxiety against the outside world. In one scene, Alice and Felix confess their past mistakes to each other in bed, things they worry are irredeemable about themselves.

“I agree it seems vulgar, decadent, even epistemically violent, to invest energy in the trivialities of sex and friendship when human civilisation is facing collapse… And isn’t death just the apocalypse in the first person…Maybe we’re just born to love and worry about the people we know, and to go on loving and worrying even when there are more important things we should be doing.” It’s on everyone’s mind, what to do as a witness to the end?

Alice moves to a mansion in a coastal town and begins dating Felix, a man she meets on Tinder. Eileen tries to rekindle an old romance with her Catholic friend Simon as she dreads going into work. Felix treats Alice poorly, to be generous. But she also treats him like a toy, inviting him to Rome in part so he can have time off from his warehouse job. Eileen struggles to stop scrolling her ex’s feed and connect with a man who apparently loves her. Though she spends plenty of time worrying he loves God more than her.

The Waves by Virginia Woolf haunts Rooney’s new offering, both in content and form. Like Woolf, Rooney uses little tableaus of scenery to psychologize the land. “At half past five the sky began to lighten in the east-facing living room window, from black to blue and then to silvery white. Another day. The call of a crow from an overhead power line.” Some of these moments, as when Eileen keeps a gratitude diary, feel full of sincerity. They contain the feeling of desperately trying to hold onto life as it keeps slipping away. But it can bubble over into absurdity when it seems every hue is “glistening pink like a wound.” Plenty of crisp light abounds and what at first felt like tasteful decor begins to feel like concealment.

Still, few write as cuttingly about waiting for a text as Rooney does. This push and pull of denying the self perpetuates internalized misogyny about deservingness, though she certainly observes masculinity with scrutiny as well. Rooney women frequently flail at asking for what they want and seem to only be aroused in situations where men exert power over them in a way they have (perhaps imagined) control over. It isn’t entirely clear that either of these women have all that much power in their emotional relationships. The book shies away from dealing with this in the end, instead choosing a rather saccharine ending with neat hugs and hot tears.

Desire is sticky; it clings to Rooney’s characters with “quiet desperation” leaving them vulnerable to hurt. Alice constantly claims people have done worse to her than anything her on-again-off-again boyfriend can do to her. “How come it’s so much easier, with anything less than human, letting yourself be tender?” Julien Baker sang earlier this year on her song “Favor” and that sums up Sally Rooney’s complex web of human dynamics. Characters repeatedly can’t see each other as they appear. Women ask if they are the ones who can’t let themselves be happy. Their kind of agency is so dependent on both the outside world and their interiority being corrupted by patriarchy, depression, and isolation. The more corrupted it is, the easier it is to believe they could be “the kind of person whose life partner would fall out of love with them after several years.” This comes through tenderly at times in Beautiful World, Where Are You though Normal People and Conversations With Friends accomplish the same with a bit more bite.

These little moments where Rooney can describe how fragile and slight human connection is, how difficult it can be to ask for what you want for fear of not getting it, these are the moments worth staying for if one can stomach the rest. I don’t believe Rooney writes as much about care so much as fragility. Being broken can be a sweet, horrific thing—especially if you have someone praying for you. 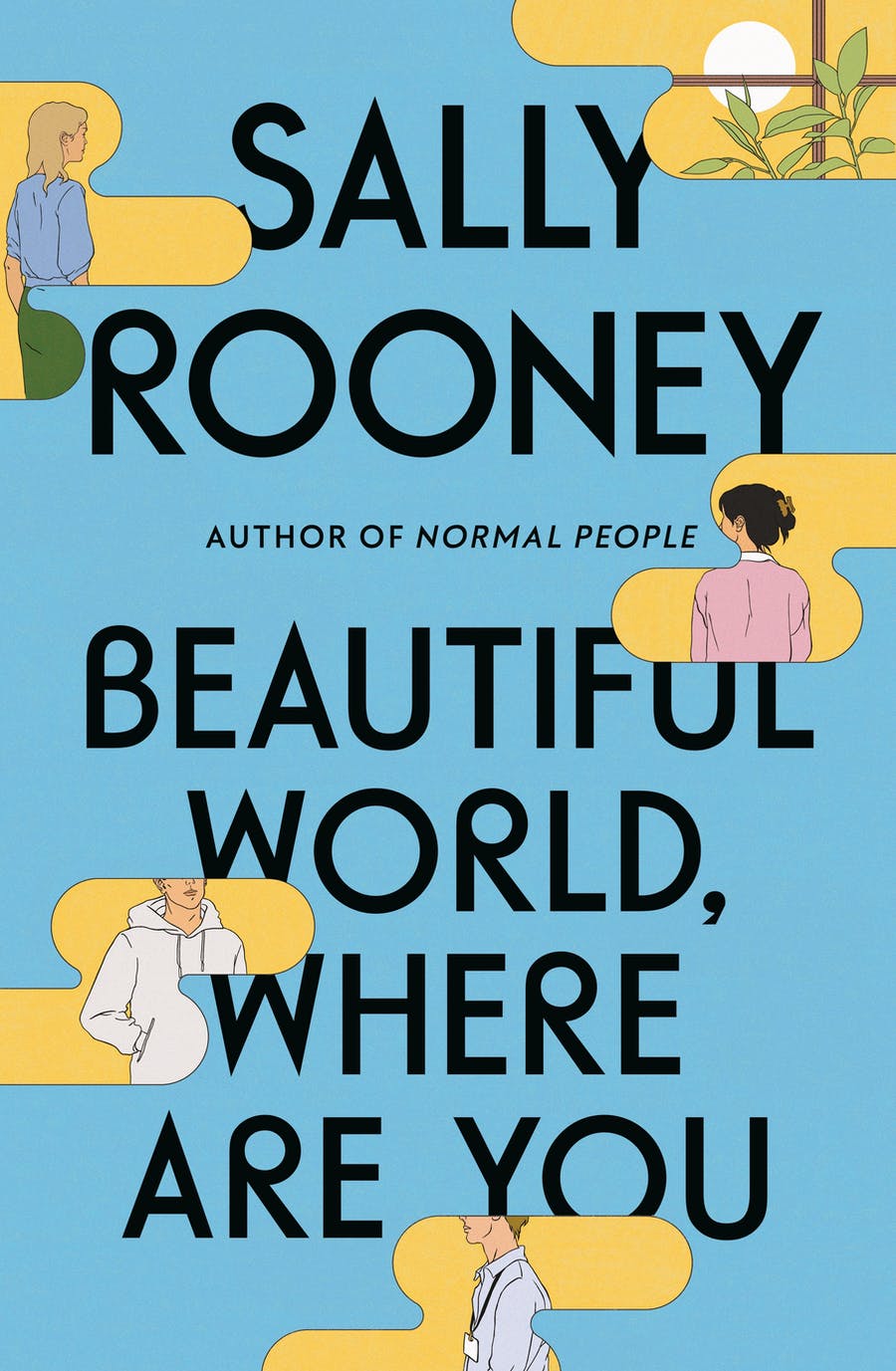