Back in April, amid a miniature surge of optimism regarding the film industry’s gradual recovery, I offered a cold hard reality check. It was too soon to be optimistic and the box office data sadly supported that viewpoint. But today, Hollywood finally seems to find itself on the upswing, smashing a box office record that has held for fourteen years.

Marvel’s Shang-Chi and the Legend of the Ten Rings, starring Simu Liu and directed by Destin Daniel Cretton, obliterated the long-standing Labor Day Weekend box office record with more than $75 million over the Friday-Sunday span and nearly $95 million over the four-day weekend. While the three-day frame may be among the Marvel Cinematic Universe’s five-lowest domestic openings, Shang-Chi is now the second-largest debut in the pandemic behind Black Widow ($80 million). Worldwide, the MCU’s first Asian-led blockbuster currently stands at nearly $151 million and puts to bed concerns fans may have harbored about the franchise following the conclusion of the Infinity Saga.

“I keep saying it ad nauseam—Labor Day Weekend is the Rodney Dangerfield of Hollywood holiday weekends because it gets no respect,” Paul Dergarabedian, senior media analyst at Comscore, told Observer. And he’s right. Labor Day Weekend has long been a dumping ground of sorts for major Hollywood studios as audiences used the long weekend to catch up on summer films they may have missed. There’s a reason why Halloween‘s (2007) opening weekend record stood for 14 years.

But leave it to Marvel (and COVID-19) to change the rules and reimagine what can be expected. The $150 million-budgeted feature, which is playing exclusively in movie theaters for 45 days as opposed to Black Widow‘s hybrid release on Disney+ Premier Access, is well on its way to profitability. Over the four day weekend, Shang-Chi‘s actual box office totals consistently came in above daily industry estimates as strong word of mouth and growing ticket sales reflected popularity in real time and drove audiences into theaters. Of course, a Marvel movie succeeding is a bit like enjoying ice cream—it’s very much expected at this point. But Shang-Chi’s excellent financial performance means audiences worldwide were hit with in-theater marketing for big upcoming releases and should eliminate the specter of further release date delays.

“Every studio chief and exhibitor was looking at this weekend,” Dergarabedian said. “I think there are far-reaching implications for the entire industry. You might have seen further delays had it under-performed and a lot of backtracking excuses. This is a giant puzzle and studios are moving their pieces in real time. The schedule is liquid and malleable. Now, this is a win-win for Marvel and everyone.”

After this past weekend, the year-to-date 2021 box office ($2.210 billion) is 11.4% higher than the same span in 2020 ($1.984 billion), a steadily growing number indicative of the film industry’s recovery. Of course, we’re still 73% behind 2019’s totals. But no one expected the fifth-best Labor Day box office weekend in history while we are still marooned in a pandemic.

More importantly, Shang-Chi represents a continuation of success, which is far more representative of Hollywood health. After Godzilla vs. Kong out-performed expectations with a $32 million opening earlier this year, Hollywood didn’t see another film top the $30 million debut mark for two months until A Quiet Place Part II. It took another four weeks for a new film to join the club after that. These were isolated spikes with long periods of elapsed time between successful openings. Now, we’re starting to see more consistent foot traffic between June 25’s F9 ($70 million), July 9’s Black Widow ($80 million), July 16’s Space Jam: A New Legacy ($31 million), and July 30’s Jungle Cruise ($35 million). Both Free Guy and Candyman also opened on the higher end of expectations in August, with the former proving to be surprisingly leggy worldwide. Shang-Chi is the cherry on top of a much-needed consistency sundae.

Expectations for the Film Industry

The film industry is still waiting for the first $100 million three-day weekend opener since Star Wars: The Rise of Skywalker in 2019. But it’s beginning to feel like summer in fall with a release schedule overstuffed with a logjam of delayed blockbusters and event films that can supercharge the Q4 box office. Under normal circumstances, domestic ticket sales produce $11 billion-plus while worldwide totals creep above $40 billion on an annual basis. With shortened theatrical windows and hybrid releases permeating the pandemic, analysts are unsure what to expect moving forward.

Dergarabedian sees 2022 as the year where we get answers to our most pressing financial questions and perhaps reach an equilibrium within the marketplace. “If we keep seeing performances like Shang-Chi, we may not reach pre-pandemic levels, but next year could be closing in on $10 billion domestic,” he said. “Look at the lineup of films. As long as there’s no unforeseen changes, I see this ramping up at a steady pace.” 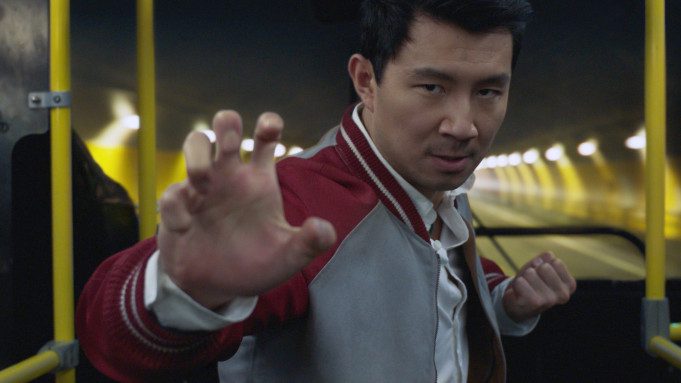