Just over a month after Matt Damon lowered the price of his Pacific Palisades mansion down to $17.9 million, the actor has found a buyer for the home. Damon and his wife, Luciana Barroso, first listed the palatial 13,508-square-foot abode for a hefty $21 million in January 2021, but didn’t manage to net any major interest from potential buyers.

The over $3 million discount seems to have done the trick, as Damon and Barroso have accepted an offer on the Los Angeles estate, as first spotted by the New York Post. While the deal hasn’t officially closed, the home is now in escrow.

Even though Damon had to lower his expectations a tad, if he scores the entire ask, he’s still netting a profit from the $15 million he paid for the California property back in 2012.

An atrium with 35-foot mahogany ceilings leads into the airy, Zen-inspired home, per the listing held by The Agency broker Eric Haskell. There’s an open living room with a stone fireplace, as well as a dining room with a wall of glass.

The sleek kitchen is equipped with dark wood cabinetry, stainless steel appliances, marble countertops and a center island, and is open to a family room that, in turn, leads to the backyard via sliding glass doors.

Elsewhere in the home, there’s a game room, office, bar and movie theater, as well as a wine cellar (complete with a private tasting room) on the lower level.

The owner’s suite is outfitted with two dressing rooms complete with wood built-ins, in addition to a bathroom with a soaking tub and separate glass-enclosed shower.

Outside, there’s a pool and a spa, a waterfall and a very crucial koi pond, as well as various lounging and entertaining spaces, including a covered lanai for an al fresco dining situation.

Damon and Barroso decided to sell their Pacific Palisades home of nearly 10 years because they’re just not spending that much time on the West Coast anymore; they relocated to New York with their four children earlier this year, as the couple finally moved into their massive penthouse in Brooklyn Heights, for which they paid a reported $16.75 million in 2018. 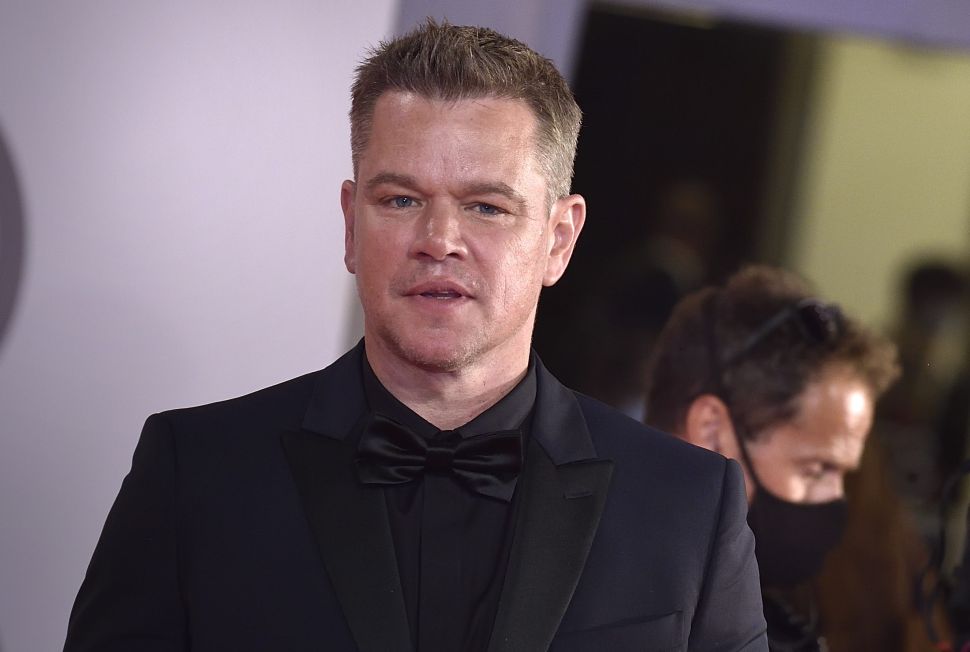