The long-postponed Met Gala returned last night as the most stylish A-listers descended upon the Metropolitan Museum of Art to celebrate the biggest night in fashion. This year’s Met Gala was delayed (and scaled-down) due to the coronavirus pandemic, and those who managed to score a coveted invite to the exclusive event were required to wear masks indoors (unless eating or drinking from the plant-based menu), and also had to provide proof of full vaccination beforehand.

Even though the 2021 Met Gala took place on the second Monday in September instead of the first Monday in May, it still possessed the same glamour and intrigue of its predecessors, as attendees dressed to impress for this year’s theme, which is all about American fashion. The official dress code listed on the invitation was “American Independence,” which coincides with the new Costume Institute exhibit, “In America: A Lexicon of Fashion.”

While this year’s Met Gala looked a bit different from in the past, the fashion did not disappoint, as guests brought their sartorial A-game to the red carpet. Below, see the best, most talked-about looks from the 2021 Met Gala, from Lil Nas X’s triple outfit change and Kim Kardashian’s incognito Balenciaga to Rihanna’s fashionably late arrival and Billie Eilish’s dreamy Oscar de la Renta gown.

Dan Levy in Loewe and Cartier.

Rihanna in Balenciaga and A$AP Rocky in Eli Russell Linnetz.

Irina Shayk and Jeremy Scott both in Moschino. 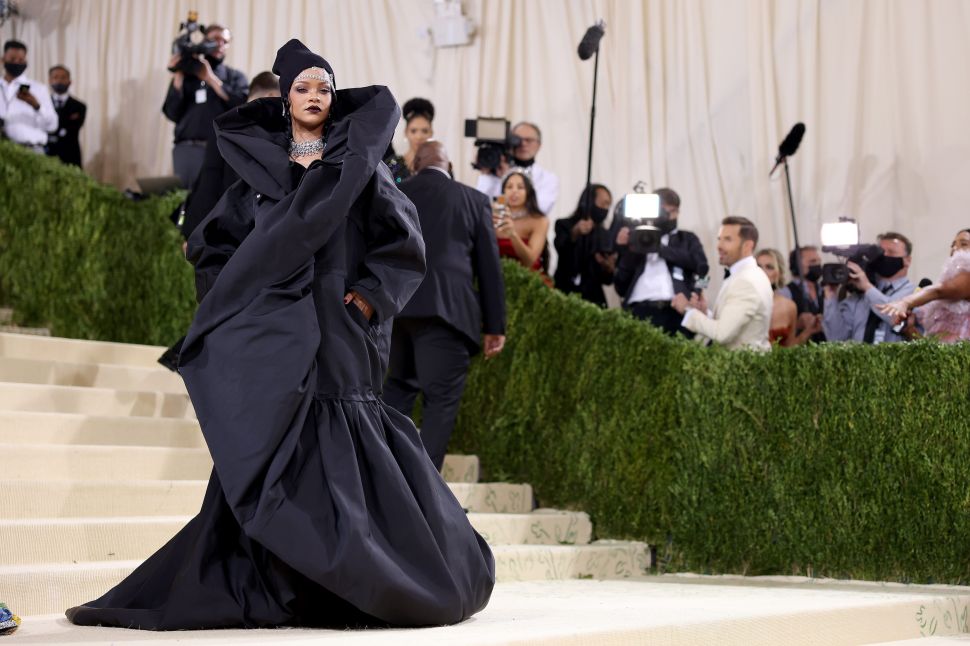