When it came to last night’s Met Gala theme, “In America: A Lexicon of Fashion,” many years of documented celebrity behavior predicted the fact that few famous faces on the white carpet adhered to the theme in 2021. Sure, there were fabulous offerings: Rihanna arrived fashionably late in voluminous black Balenciaga with A$AP Rocky on her arm, the latter looking blessed to be in her presence; polarizing Brooklyn fixture Ella Emhoff looked genuinely wonderful in red Adidas by Stella McCartney; Lily-Rose Depp came off as appropriately haughty in the vein of Kate Moss in Chanel. America-wise, obvious homages were few and far between. However, the art references came thick and fast.

One of the most striking looks on the white carpet was sported by Dan Levy, the Schitt’s Creek creator and son of Eugene. Levy’s outfit, which was designed as part of a collaboration with Loewe’s Jonathan Anderson, interpolates two different works of art by David Wojnarowicz, the artist and AIDS activist whose confrontational creations have since been canonized in the LGBTQ community: Fuck You F–got Fucker, 1984, and Untitled (One Day This Kid…), 1990–91. Levy’s look was earnestly intentioned, although not exactly successful.

Virgil Abloh, in typically straightforward fashion, left nothing to the imagination and simply wore an outfit with the word “Modernism” written across his chest. Got it! Grimes brought a sword, which is par for the course for the pop star. She’s frequently mentioned her fascination with violence and the concept of warrior goddesses, so it stands to reason that her look could have been referencing anyone from Joan of Arc to a futuristic galactic queen; however, Grimes told Vogue that the outfit was actually Dune-inspired. And as for the sword?

“The sword is based on a western European sword from the end of the Middle Ages around 1400,” Grimes told Vogue, adding that it’s “a permanent piece of the Met’s collection, and the sword is also cast from a Colt AR-15A3. It’s from these people who are getting people’s [guns] who don’t want to have their automatic rifles anymore, and are melting them down and making them perfect replicas of medieval swords, which I think is just so cool—I think it’s a beautiful thing.” 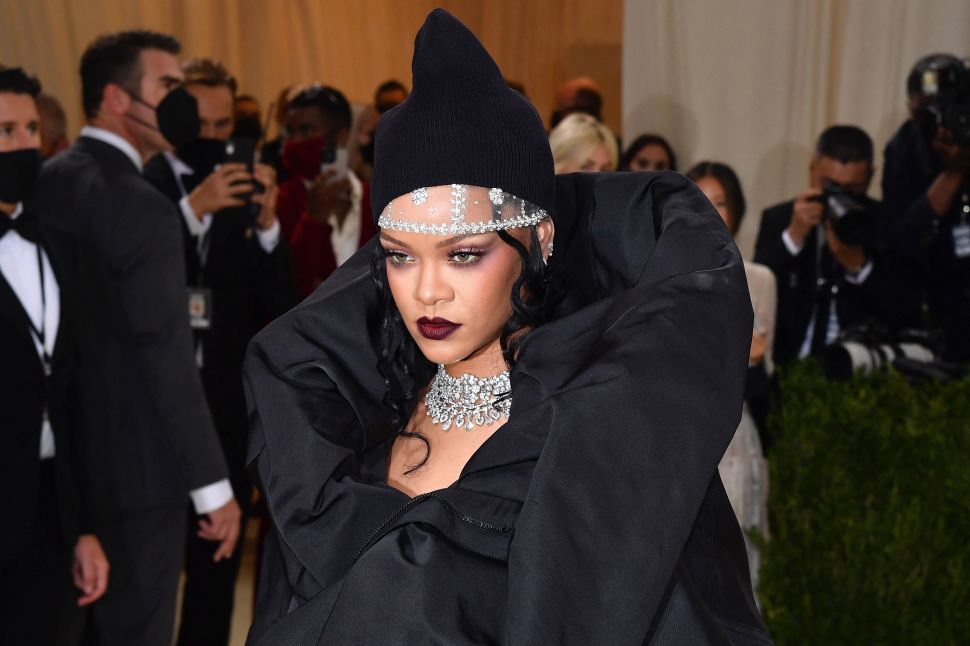