Ashton Kutcher and Mila Kunis are determined to find a buyer for their Beverly Hills mansion. The couple initially listed the home for nearly $14 million last May, but subsequently discounted the asking price before taking it off the market altogether six months later, in November 2020.

Now, they’re giving it another go, and have relisted the East Coast traditional-style estate for $12.25 million. It’s not quite the haul they were originally hoping for, but it’s still a profit from the $10.22 million they paid for the home in April 2014, shortly after announcing their engagement, as first reported by the Los Angeles Times.

The five-bedroom, six-bathroom estate is located within the celeb-adored, guard-gated Hidden Valley enclave. There are oak floors, handcrafted mouldings and French doors throughout the 7,351-square-foot abode. The kitchen, which is open to a family room, is fitted with white cabinetry, a big center island and a wood-topped breakfast bar with counter seating, as well as an adjacent breakfast nook with two built-in banquets.

There’s also a formal dining room, a living room with a marble-framed fireplace and a mahogany-paneled office with another fireplace. The primary suite contains a fireplace, bay windows and two walk-in closets, as well as a marble-bedecked bathroom with a freestanding tub and a picture window, per the listing shared by Hilton & Hyland brokers Justin Paul Huchel and Drew Fenton.

The lower level is comprised of a temperature-controlled wine room, a sauna, a gym and a guest suite with a private bathroom. Outside in the backyard, there’s a covered lounging and al fresco dining area, as well as various entertaining spaces, a pool and a spa.

Kutcher and Kunis, who have two children together, spent five years designing a custom farmhouse-style home elsewhere in Beverly Hills; they recently completed the project, and were finally able to move into the sustainably-minded property. They showed off their new six-acre estate, which they’ve dubbed Kuku Farms, in an Architectural Digest spread. Kutcher and Kunis also maintain a 3,100-square-foot beach retreat in Carpinteria, a small city in Santa Barbara, for which they paid $10.1 million in 2017. 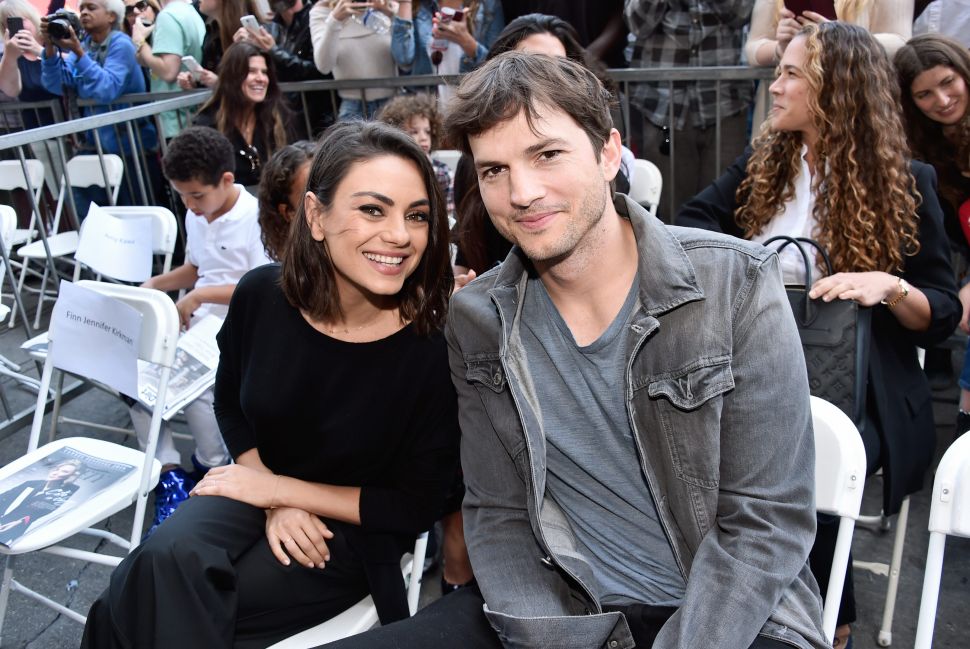