There may be no more timely subject than identity, the concept at the core of Mogul Mowgli, director Bassam Tariq’s debut fiction feature, which he co-wrote with star Riz Ahmed. While the film, which stars Ahmed as Zaheer, a British-Pakistani rapper pursuing his music career in New York City, came out of years of conversations between Ahmed and Tariq about their own lived experience, the story is particularly resonant now.

We’re introduced to Zaheer, known as Zed, onstage, spitting lyrics about his uncertainties and his goals. He hasn’t been home to see his family in London in two years and there’s an obvious tension between how Zaheer wants to see himself and who he is, especially after relocating to America. Becoming an MC is his ultimate aim, one he’s almost desperate to achieve. After the gig his manager reminds him, “Don’t get your hopes up.” But Zaheer only grins, responding, “Isn’t that the point?”

After scoring a slot opening for a big European tour, Zaheer temporarily returns to his parents’ house in London, where the strain between his family is palpable. He returns to familiar habits, including prayer at his local mosque, but his heart is elsewhere. His mom proclaims that he has the “evil eye,” but when Zaheer collapses and ends up in the hospital, his condition turns out to be something far more serious. He’s diagnosed with a chronic autoimmune disorder and confined to a claustrophobic hospital room, forced to send his professional rival, a rapper named RPG, on his tour instead. When a doctor tells him “Your body can’t recognize itself, so it’s attacking itself,” the words carry more heft than just his physical ailment. Zaheer is suffering from a complete breakdown of his identity, where his sense of self begins to degenerate alongside his body.

Ahmed has said that he and Tariq were interested in the uncertain dynamic between pursuing your individual artistic dreams and remaining connected to the ones you love. That sensibility shines through the film, which becomes a deeply emotional experience as Zaheer deals with his tumultuous relationship with his father Bashir (Alyy Khan). Ahmed’s connection to the story resonates throughout – the actor is a working rapper under the name Riz MC and the film takes its title from a song by his group Swet Shop Boys. Like Zaheer, Ahmed has released songs about race, identity and politics, reflecting on coming from an immigrant family and what being Pakistani means in contemporary Britain.

The film is gritty and occasionally chaotic, with Tariq using home video footage and iPhone shots to offset the narrative, and there’s an element of magical realism that allows Zaheer to fall into dream states or hallucinations. It’s often surreal, and Tariq masterfully uses that uncertain sense of reality in the film to mirror Zaheer’s own uncertainty about himself.

This is best epitomized by a fever dream rap battle, in which Zaheer is attempting to defend his family, including his Pakistani father’s decision to own a Nigerian hair salon in London. As Zaheer falters in the battle, remembering his own faltering body, he raps, “I tried to stand up for my blood/my blood won’t let me stand up.”

Even if you can’t directly relate to Zaheer’s struggle, there’s an feeling of understanding and empathy that pervades the film. Tariq allows us to eavesdrop on Zaheer’s experience, standing beside him as he tries to regain control over a failing body, and the effect is, at times, staggering and emotional. The use of Urdu in the dialogue is equally effective, particularly for a viewer who may know less about Pakistani heritage, and it’s refreshing to watch a movie where the filmmaker doesn’t steer away from his vision in pursuit of something easier or more traditional. Some scenes are quite challenging, which is a compliment in this case. Mogul Mowgli feels revelatory because it is – there isn’t another movie out there like this one and there’s certainly not one that gives so much to the perspective of a man like Zaheer.

As both America and Britain wrestle with identity politics and the threat of closed borders for those who aren’t white, Mogul Mowgli arrives at the exact moment it feels most relevant. This is an intimate story, sometimes uncomfortably so, but it’s also an expansive one, about whether our societies allow people to live outside prescribed boxes and whether it accepts them when they do. Zaheer’s conflict is that he doesn’t just fit into one box – an idea he explores in an impressive rap performance about his own origins – and it’s a point well made by both Tariq and Ahmed. To find himself, Zaheer has to reconcile all aspects of himself. Whether that’s ultimately possible is a question the film poses, but doesn’t necessarily answer. 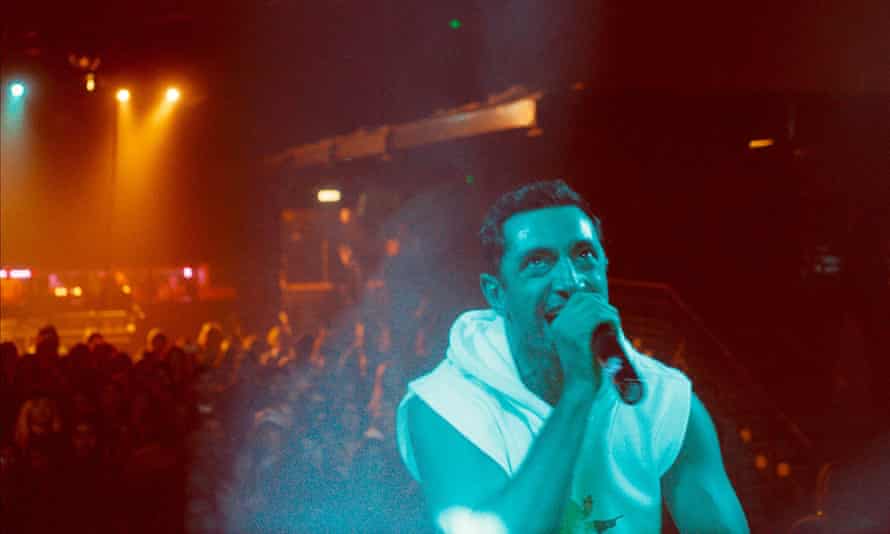