In the aftermath of this summer’s Strike MoMA protests that saw the museum’s board members being heavily criticized for their connections to military operations, environmental erosion and other forms of violence, it appears that an unknown actor spray painted the staff entrance to the Museum of Modern Art on Monday; however, Strike MoMA has already come forward to state that the spray painting was an “anonymous action,” not one committed by the group. The MoMA’s doors were splattered with white and green paint around 6 p.m. on Monday, according to an Instagram user who captured the damage.

“The security watched as the museum was being spray painted and failed to stop it,” Instagram account holder @savannah_luvvu wrote in her caption. “The ‘MoMA’ is a multimillionaire dollar company. Instead of tightening their security and adding extra measures they are funding Israel which is preforming systematic ethnic cleansing of the Palestinian. This is a very unsafe environment for people to go to after this video I will not be going there anymore.”

“The interlocking directorate of the board of trustees of MoMA is responsible for violence and extractivism across the globe from Palestine to the Dominican Republic,” the Strike MoMA Working Group told Hyperallergic in a statement. “If museums continue to try to do business as usual people autonomously and creatively will choose to continue, diversify, and escalate action and organizing.” 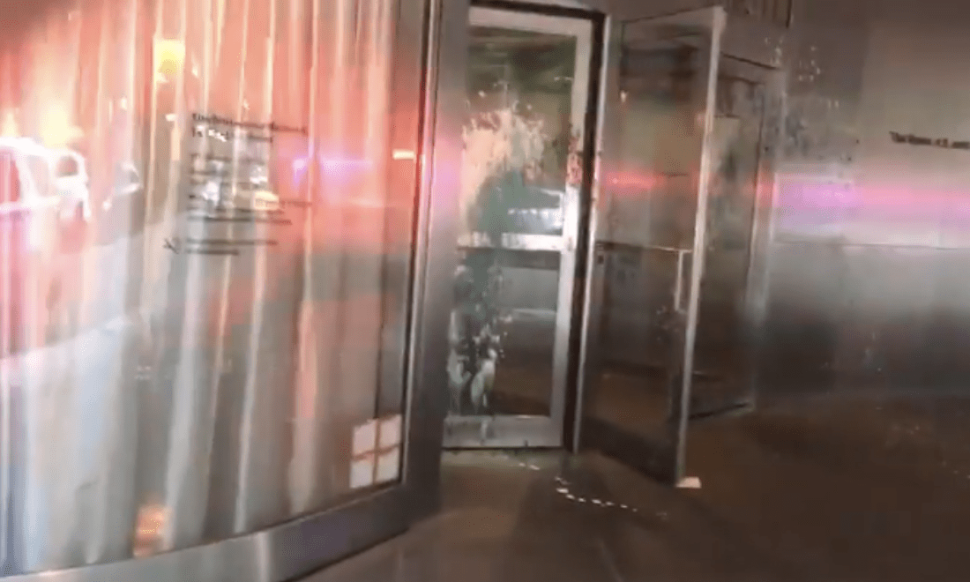