The latest wave of the coronavirus pandemic is causing a fuel shortage for the space industry. Last month, SpaceX President Gwynne Shotwell said at an industry conference that her company was facing a lack of liquid oxygen, a key ingredient in rocket propellants, due to increased demand in hospitals for treating COVID-19 patients. NASA is encountering a similar issue, which is disrupting its satellite launch schedule.

The space agency said earlier this week that it had to delay the launch of its next Earth-observing Landsat 9 satellite in the Vandenberg Space Force Base in California for a week due to a shortage of liquid nitrogen, another key component of rocket fuel.

The real issue isn’t the supply of liquid nitrogen itself, though, but boils down to liquid oxygen; the companies that ship liquid nitrogen for NASA is currently assisting in delivering liquid oxygen loads to hospitals in California, creating a shortage of delivery drivers available for Vandenberg.

Liquid oxygen serves as an oxidizer in combination with rocket fuels such as liquid hydrogen, kerosene and methane. It’s also the main source of oxygen for hospital ventilators used for treating COVID-19 patients.

“Current pandemic demands for medical liquid oxygen have impacted the delivery of the needed liquid nitrogen supply to Vandenberg by the Defense Logistics Agency (DLA) and its supplier Airgas,” NASA said in a statement this week. “Airgas converts the liquid nitrogen to gaseous nitrogen needed for launch vehicle testing and countdown sequences. DLA and Airgas now have implemented efforts to increase the supply of liquid nitrogen to Vandenberg.”

The launch of the Landsat 9 satellite was originally scheduled for September 16. Liftoff has been pushed back to no earlier than September 23, NASA said. The geology satellite will be launched on a United Launch Alliance (ULA) Atlas V rocket, which uses kerosene as propellant.

ULA is also tackling a liquid oxygen shortage in Florida, where hospitalizations of COVID-19 patients have surged in recent weeks. ULA CEO Tory Bruno tweeted last month that its transportation contractor had been assisting COVID-19 related efforts in Florida, causing possible delays of its September missions.

“We’re actually going to be impacted this year with the lack of liquid oxygen for launch,” SpaceX’s Shotwell said on a panel during the 36th Space Symposium in Colorado last month. “We certainly are going to make sure the hospitals are going to have the oxygen that they need, but for anybody who has liquid oxygen to spare, send me an email.” 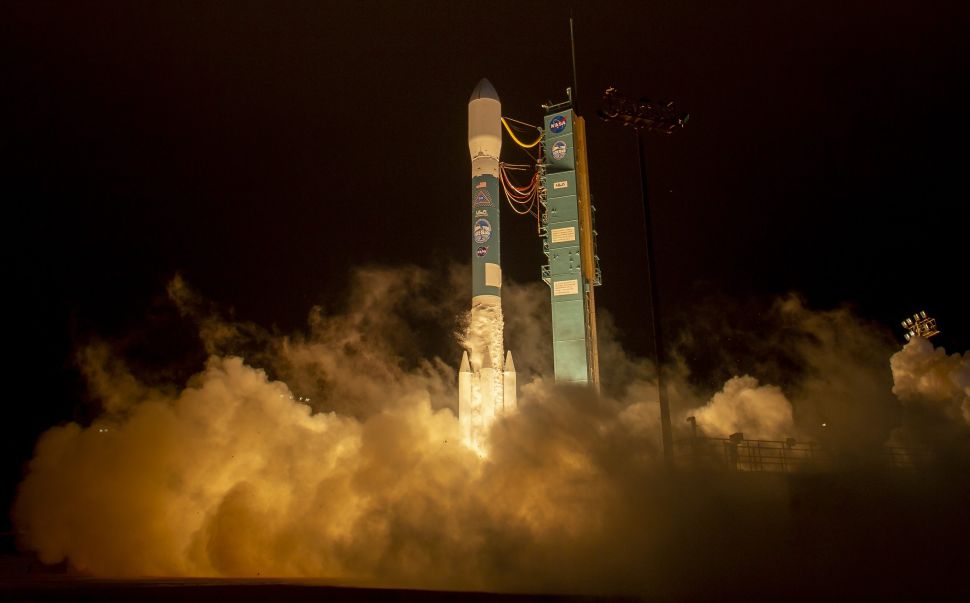